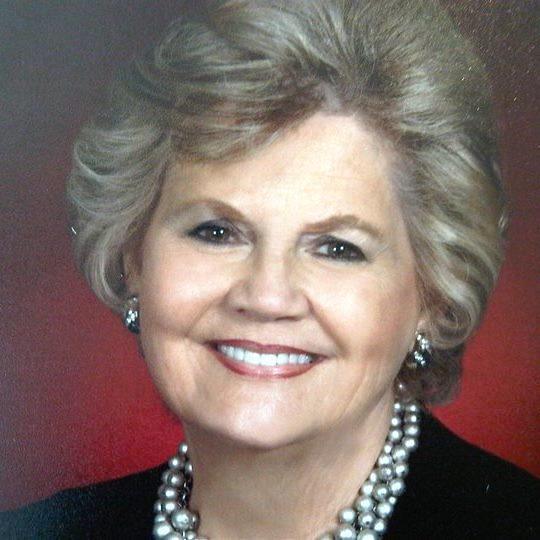 Nancy Hinkle Becker Cathcart, 80, passed away on Thursday, March 28, 2019 in Savannah, Georgia. A memorial service will be held at St. Elizabeth’s Episcopal Church in Richmond Hill, Georgia on Tuesday, April 23, 2019 at 3 p.m.; with interment on June 10, 2019 in the Columbarium in the Garden at St. Martin’s Episcopal Church in Houston, Texas. Memorial arrangement are under the direction of Richmond Hill Funeral Home in Richmond Hill, Georgia.

Nancy was born in Kenedy, Texas, on Jan. 18, 1939, the first daughter of Cora Belle Martin Hinkle and Bernerd Boone Hinkle. The family moved to Lockhart, Texas where Nancy began elementary school and made lifelong friends. She finished her high school education in Houston, where she was a class favorite, All-State clarinet player, and majorette, but she remained a loyal Lockhart Lion throughout her life.

In 1957, Nancy married Ronald Gene Becker and they made their home in San Marcos, Texas. Their first child, Diana, was followed by two sons, Ron, Jr. (Chuck), and Guy. She took turns allowing them to each be her “favorite” child.

Nancy and Ronny were divorced in 1972, and she became a courageous single mom, cancer survivor, business woman and volunteer. Her generation of women discovered the glass ceiling, and were determined to at least make a dent in it.

Nancy succeeded in every chapter of her life. She was a career woman beginning as a secretary in the soil conservation office, and secretary for the director of the newly created Gary Job Corps Center. She became the executive secretary for the president of Thermon Manufacturing in the early 1970s. She made a major career change in the mid-1970s, upon the advice of her aunt, Robbie Finnie, following in her footsteps to become a Realtor. Nancy owned and operated several real estate offices in Central Texas. She eventually moved to Houston, and established a successful career in luxury home sales in the 80s and 90s. She truly loved the thrill of finding the perfect home for a client. Her success was evident as she had many return clients throughout her career, and many families who lived happily ever after in the homes she helped them purchase.

Nancy’s career never overshadowed her volunteerism. She was active in the Girl Scouts of America, serving as a Girl Scout leader and neighborhood chairman, and was even selected, in 1968, to lead the Girl Scout Embassy at HemisFair, in San Antonio, as one of five national Pipers: leaders of the national “Follow the Piper” membership campaign for Girl Scouting. In 1970, she led an expedition of a dozen Senior Girl Scouts to the World’s Fair in Japan and on a six-week trek through the Philippines, bringing home stories and songs, as well as excellent Filipino recipes.

When chili cooking competitions came into fashion, she put together an award-winning chili team, cooking “Jump Up and Kiss Me” chili with her girlfriends, using Anne Tarbutton’s daddy’s secret ingredient: chicken stock. Nancy, Anne and other good friends dressed in “Dogpatch” costumes, fired up their Coleman Stove, and won chili cook-offs from Flatonia to Luckenbach and beyond. Nancy was a Jefe Grande of the State Championship Chilympiad and served as chair of Chilympiad in its heyday.

Nancy and Foster married in 1991, and she retired from her full time real estate career, but continued to love building, buying, decorating, and selling houses, which she did for the rest of her life. Nancy and Foster moved to his beloved Clemson, South Carolina where they enjoyed several years of Clemson Tiger sports, culture, and alumni activities. While at Clemson, Nancy became active with several university organizations. She was proud of the Paw-sitively Clemson cookbook she co-edited with her dear friend, Nancy Bennett, which raised thousands of dollars for the Clemson IPTAY scholarship fund.

She was honored to be a membership in The Order of the Daughters of the King, an international order for women who are communicants of the Episcopal Church and churches in communion with it. She wore her DOK cross faithfully as a daily reminder of her Rule of Life, of prayer and service.

Her excitement for real estate never faltered, as she moved through life. Her final closing was to sell her own home in Richmond Hill, Georgia, on March 7 of this year, as she prepared to move into a senior community. She was awaiting the finishing touches for her new condo, including painting the walls in her signature Bleeker Beige, and installing new floors and appliances, when she passed away.

Nancy was always beautiful, growing prettier as she aged. She celebrated turning 60 on a memorable family Caribbean cruise, and we all survived. She often said that her 60s and 70s were her best years. She was an amazing cook, organizer and party planner, and loved nothing more than planning perfectly themed parties for family and friends. She loved Christmas, Mexican food and mariachi music, crawfish boils and bunco games.

She had many dear friends from every chapter of her life, from scouting to workplace, to church and community. She leaves friends to remember her in Lockhart, San Marcos, Houston, Clemson, Galveston, and Richmond Hill, and beyond.

Nancy was never happier than when she was completely in control of everything in her life, and the lives of those around her. The fact that she had sold her home, packed her most precious belongings into safe storage, and even coordinated an estate sale in the month before she died, is evidence of that. She left detailed notes about her memorial, leaving nothing to chance. The world is already a little more chaotic without her around to organize us.

Her family will miss her tremendously, but she will live in our hearts forever, and whether we realized it or not, she loved us more.