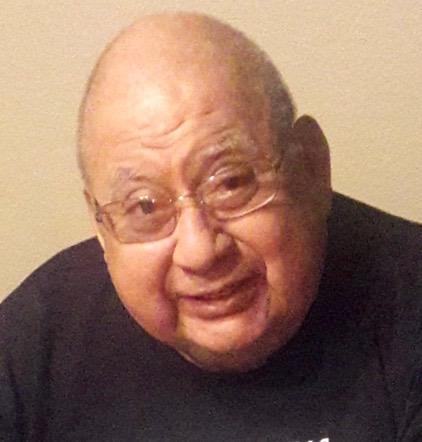 Pablo S. Luna, 83, went to be with his Lord on March 9, 2019.  He was born on July 1, 1935 and lived all his life in New Braunfels. He married Lucia Sotelo in 1957 and had five children. He was very proud of his children and grandchildren. He worked for West Point Pepperell for over 30 years and served 20 years in the Texas Army National Guard.

He was a devout Catholic and member of Holy Family Catholic Church. He was an avid fan of the Cowboys, Spurs, Yankees, Unicorns and all of his family’s school teams. In his later years, he enjoyed spending time at the Senior Centers in New Braunfels and San Marcos.

He is survived by daughters, Rachel Suarez and husband Fernando of New Braunfels, TX; Diana Garcia and husband Jose D. Jr. of New Braunfels; Melinda Estrada and husband Joe of Austin, TX; son, Paul Luna, Jr. and wife Amy Loveless of San Marcos; sisters, Ernestina Gonzales and Angie Soto. He had eightgrandchildren and four great grandchildren who called him Popo. He was preceded in death by his parents; wife, Lucia S. Luna; daughter, Alice Luna; and sister, Maria Casarez. The family thanks the staff at Resolute Health Hospital for their care.

Public Visitation will begin at 5 p.m. Friday at Zoeller Funeral Home with a Rosary to be recited at 7 p.m. Visitation will continue at 8 a.m. Saturday morning at the funeral home and continue until 9:30 a.m. when the service departs in procession to the church. A Mass of Christian Burial will be celebrated 10 a.m.  Saturday, March 16, 2019 at Holy Family Catholic Church with burial to follow in Guadalupe Valley Memorial Park.