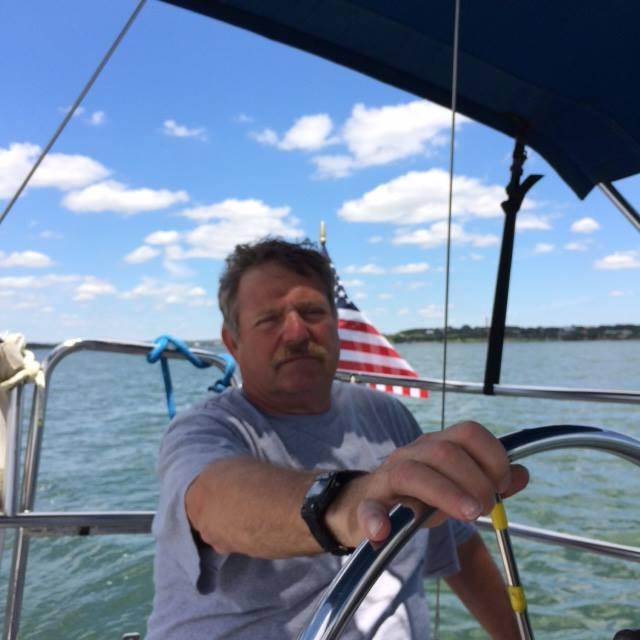 Robert Slack, 65, of San Marcos Texas was called home to be with the Lord on February 3, 2022.  Bob was born on March 7, 1956 to William and Theresa (Pitti) Slack and was raised in upstate New York.

Bob met Isabel in 1988 in Austin, they were married in 1993.  He loved his family unconditionally and supported them in every way possible.

Bob drove tour buses across the country and athletic teams to their games for Texas State.  In 1999 he became owner operator of Slack Enterprises a trucking operation.

After serving in the Navy from 1973 to 1976 he volunteered as a Fire Fighter for various counties, eventually becoming the Assistant Fire Marshall for Hays County in 1997.  Bob also volunteered as a driver for the Sunshine Kids, a non-profit organization for children with cancer.

Bob enjoyed sailing.  You could often find him at the Yacht Club, on Canyon Lake taking friends and family on his sailboat when he wasn’t working or at home.  He loved to make people laugh and found great joy in putting a smile on someone’s face.  Bob was a blessing to everyone who knew him.  This world is a better place because of Robert “The Bob” Slack.

Preceding Bob in death were his parents William and Theresa, and his brother John Slack.