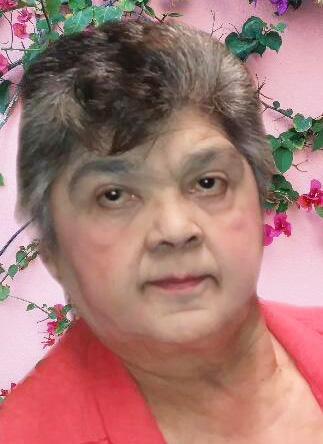 On Saturday, June 5, 2021, our mother Socorro Minez Olmos, 72, of San Marcos, Texas, was called home by our heavenly Father.

Socorro was born March 1, 1949, in Jimenez, Tamaulipas, Mexico. She worked for San Marcos High School for 15 years before retiring to work alongside her husband and daughter at their family business known as Miracles.

She was a loving wife, mother, grandmother and great grandmother who loved spending time with family, cooking meals and watching the Dallas Cowboys on Sundays. Socorro enjoyed listening to norteñas and was often known to throw ‘un grito.’ She will be missed by many but will forever live in our hearts.

Socorro is proceeded in death by her husband of 52 years, Blas Olmos Sr.; her parents Santiago and Carlota Minez; her sisters Ester M. Rodriguez and Simona Alvarez; and her brother Pedro Minez.