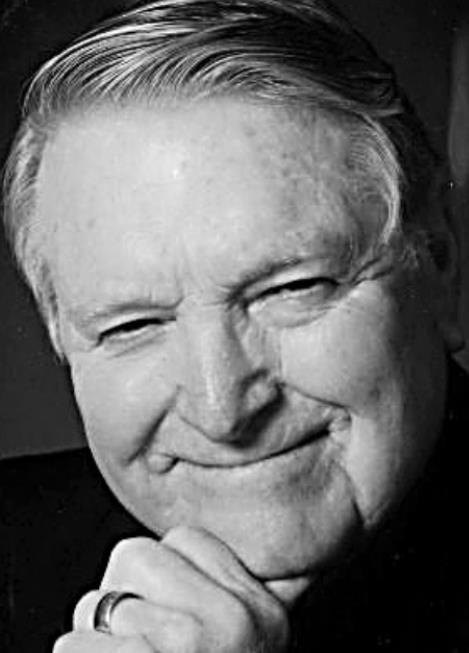 Tom was born May 15, 1934, in San Marcos, Hays County, Texas. He is survived by his daughter Bonnie Bumpus and husband Dave of Belton, son William “Bill” Buckner and wife Cindy of Temple. Grandchildren include Jamie Snyder and husband Scott, Addison, Victoria, and Virginia Buckner. Great-grandchildren are Aubrey and Holden Thomas.

He is preceded in death by his wife Helen Jones Buckner whom he married September 8, 1956, parents Thomas Addison Buckner Jr. and Virginia Anderson Buckner, a sister Suzanne and brother Kay.

Buckner grew up in the family newspaper, The San Marcos Record. He graduated from San Marcos High where he lettered in football, played basketball, and was on the track team. He won the high school Golden Gloves. Played in the band and sang in the choir. He then received a B.A. in English from Southwest Texas State University before entering the Air Force in 1956. At SWTSU he served as president of the Alpha Chi academic honor society, president of the English Club and captain of the ROTC rifle team. He was named distinguished graduate of the ROTC program.

In the USAF, he received his wings as a single-engine jet pilot and served as radar intercept controller in Alaska during his active duty.

Following the Air Force, Buckner returned to San Marcos where he headed the news department and helped manage The Record. He eventually became part-owner and editor of that paper, which became the largest community weekly newspaper in Texas. With Buckner family members, he helped the paper transition into five-days-a-week publication in the early 1970s.

Buckner became active in the Texas Air National Guard and Air Force Reserve and retired from military service as a lieutenant colonel in 1984. His military honors included being named the Reserve’s Outstanding Public Affairs Officer (worldwide) in 1975 and receiving the Meritorious Service Medal and Air Force Commendation Medal.

Buckner was active in Boy Scouts. He served seven years as scoutmaster, a Cub Scout pack leader, an assistant Explorer advisor both in San Marcos and Georgetown, and as district chairman. He received scouting’s Silver Beaver Award.

Tom was ordained a deacon in the First Baptist Church of San Marcos where he taught Sunday school for several years.

He helped organize and promote the Texas Water Safari, the world’s toughest canoe race, twice entering that race and finally reaching the finish line in 1969. Because of his leadership, he was invited in 1969 to fire the starting cannon in the Descenso del Sella, an international canoe race held annually in Spain. Among other civic activities in San Marcos, Buckner served as director of the Chamber of Commerce.

While at the Record, Buckner was asked to teach a senior-level course at Trinity University in newspaper management. That experience influenced his decision to become an educator.

After 54 years in business the family sold the Record in the early 70s. Tom obtained a position at Southwestern University in Georgetown. He served as public relations director and taught a course in reporting. While there he worked on advanced degrees in mass communication at UT Austin and received a Master of Arts degree in 1981 and a Ph.D. in 1988.

In Georgetown Buckner was elected a director of Georgetown’s Chamber of Commerce, served as chairman of the deacons in the First Baptist Church, and as president of the Rotary Club.

Tom fulfilled his goal of teaching journalism at the collegiate level when he became head of the journalism department at McLennan Community College in Waco in 1984. He led his students in winning several awards.

While at MCC he was chosen by the school’s faculty as a candidate for the Piper Award, received a Teaching Excellence Award from the National Institute for Staff and Organizational Development, was named the Outstanding Journalism Adviser by the National College Media Advisers Association, received the Edith Fox King Award for outstanding support of the (UIL) journalism program, served as president of the Community College Journalism Association, and named to their Hall of Honor in 2001. He also was elected president of the Texas Community College Journalism Association and was active on the board of the Texas Intercollegiate. He retired at the age of 65 after 15 years at MCC.

In lieu of flowers, the Buckner family humbly request that memorial gifts be made in dad’s memory to:

The Gideons through its GideonCards or by sending donations to The Gideons International, P. O. Box 1023, Belton TX 76513.