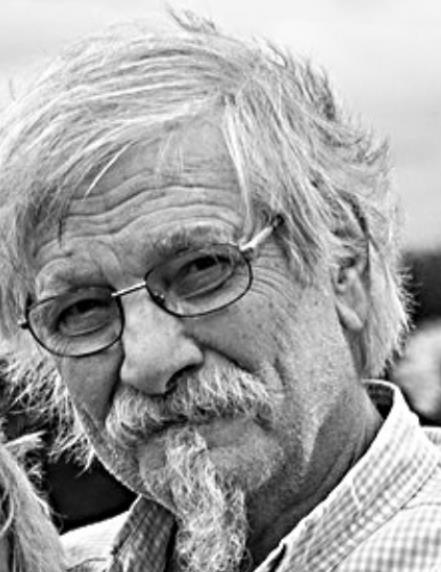 Thomas Luftus Husbands III (Tommy) died at home and at peace after a long illness, in the early morning hours of June 26, 2020, in San Marcos, Texas. Son of Dr. Thomas L. and Elna Ruth (Becker) Husbands, he was born in San Angelo, Texas on February 23, 1944.

Shortly after his birth, the family moved to Waco, Texas where Tommy grew up, beloved and happy. Lifelong friendships were formed while playing “cowboys” in Waco’s woods and later as the “Man with the Golden Arm” in high school football. An honor student, Tommy went to the University of Texas at Austin after graduating from Reicher Catholic High School in Waco. He majored in History, but more importantly, he had a blind date with the girl who became his wife of over fifty years, Carol Dun agan of Monahans, Texas. Tommy and Carol lived in Cuernavaca Mexico, Austin and Tyler, Texas, and the Trinity Mountains near Hyampom, California

before settling down outside San Marcos, Texas on the Little Tin Cup Ranch where they raised three kids along with Longhorn cattle. A devoted father, he coached city league soccer and almost never missed a game of his children’s innumerable sporting events, or any of their school activities. He also taught English as a Second Language for the San Marcos Public Library, and served on the SMCISD School Board during his time in San Marcos.

Thomas was preceded in death by his parents and his sister, Ellen Husbands

Ledesma of Waco. He is survived by the love of his life, Carol; his sons: Josh (Kerstin) of Portland, Oregon; Cole (Jaime) of Austin, Texas; his daughter, Lilly (Harriet) of London, England; four precious grandchildren Becker and Sloane of Portland, Maisie and Grayson of Austin; his brother Charles Husbands of Waco; niece Ellen (Doug) Crow and their children Brandyn, Brittany and Luke of Waco; nephews Blake and Harley Husbands of Austin; niece Heather (David) Irvin and their children Tenzin and Iris of Las Cruces, New Mexico; niece Effie (Andres) Diocares of Durham, North Carolina.

Tommy’s warmth and lively sense of humor gained him more friends than can be counted and he will be deeply missed by all who knew and loved him.

A celebration of life / memorial service will be held at a later time.