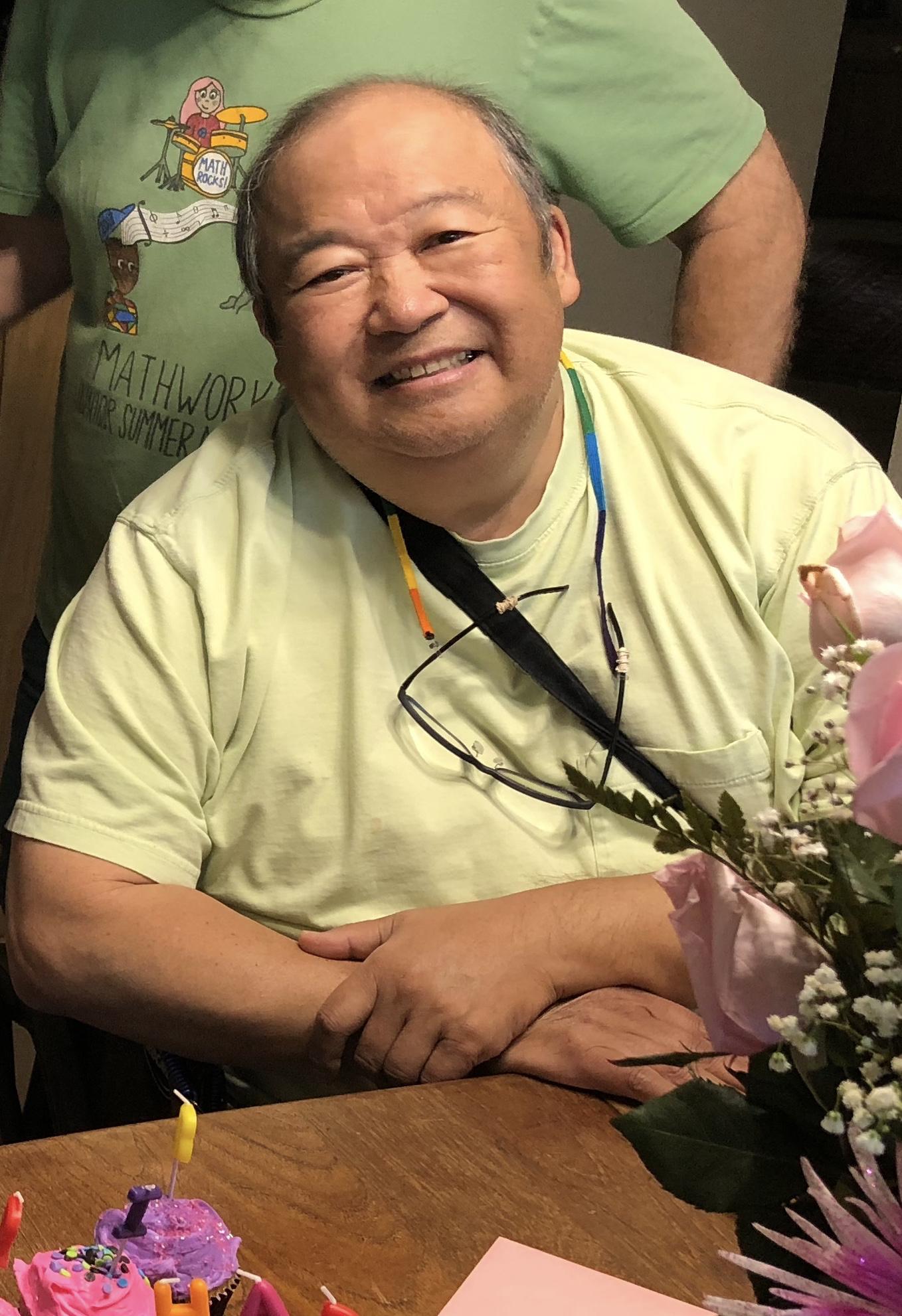 Yoshihiro Kawaguchi passed away at the age of 61 in San Marcos, Texas on Aug. 20, 2018. Born Oct. 26, 1956 in Kyoto, Japan to Motohiro and Suzuko Kawaguchi, Yoshihiro and his sister, Hiroko emigrated to the United States in 1960 to join Motohiro’s parents in Chicago. Yosh or Yoshi as he was often called, attended schools in Chicago including the University of Illinois at Chicago.

He was a member of the Midwest Buddhist Temple where he in participated in many activities including sports and Boy Scouts. In Chicago, Yosh worked as a car mechanic and claims

adjuster in Chicago until he and his mother moved to San Marcos, Texas in 2009 and lived in Mariposa Apartments. He was passionate about cooking and dining, valued his friendships, and loved his family. Yosh had an easy and radiant smile. Uncle Yoshi was greatly beloved by his nieces, nephews, their spouses, and their children. He would sometimes give his grand nieces and nephews short rides on his wheelchair scooter to their delight.