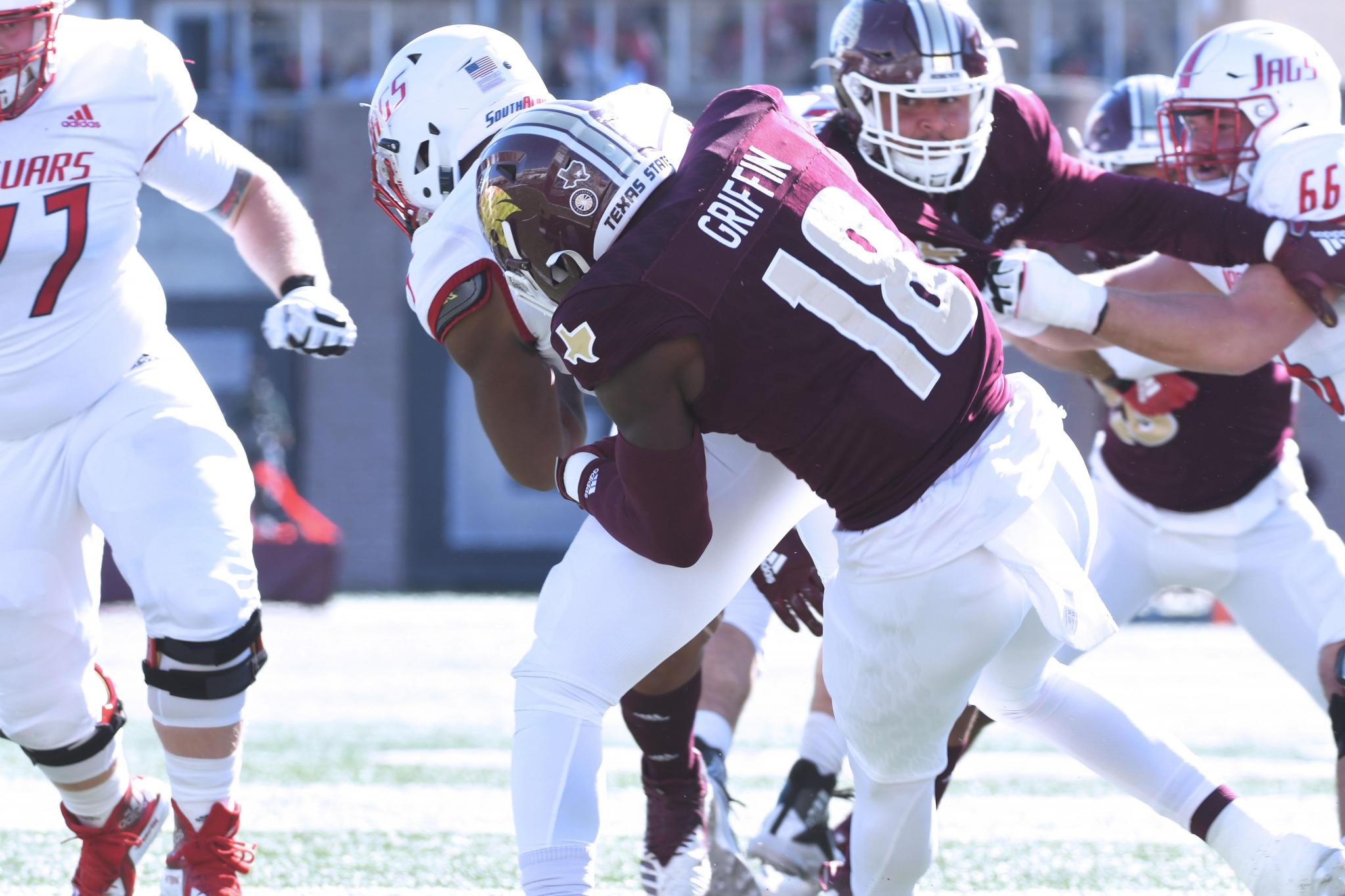 Jake Spavital always tells his team to stack good days of practice together. Now, he’s telling them to stack wins together.

Texas State (3-6, 2-3 Sun Belt) comes off a 30-28 win over South Alabama last week, the third of the season for the Bobcats. The team is now looking to establish a winning streak, which it hasn’t had since it won a second consecutive game against Nicholls at home on Sept. 28.

The maroon and gold’s opponent is looking to do the same. Troy (4-5, 2-3) enters this week fresh off a 49-28 home win over Georgia Southern. Texas State head coach Jake Spavital is expecting a tough challenge.

“I think Troy’s a very solid team. I think their record really doesn’t speak for itself. I think they’re a lot better than what the record says and I think they’re one of the more explosive teams,” Spavital said. “They’re a very athletic team. It’s all about keeping these guys contained, eliminating explosive plays and it’s all about playing in space. The past couple matchups have been about physicality and size matchups. This is all about speed and making sure that we guard the field the 53 and one-third yards and make sure that we’re getting these guys down.”

The Trojans’ offense includes the No. 1 quarterback, a top-five running back and two top-five receivers in the conference in yardage. Defensive coordinator Zac Spavital said Troy senior quarterback Kaleb Barker is one of the best in the league and will be difficult to contain. Jake Spavital agreed.

“I’m a fan of him, I am. Veteran guy, knows exactly where he’s going with the football. That’s what’s going to make it difficult for our defense this week. You know, like you can start moving around and with different coverages, but the kid has a pretty good idea how covers work and where the weaknesses are and where to go with the football. And it shows. I think they’re very unique with how they play,” Jake said. “I love watching quarterbacks, I love good quarterback play. And he’s probably the best one we’ve seen so far in conference.”

Offensively, the Bobcats will look to sophomore quarterback Tyler Vitt to lead the offense again. Vitt threw for 373 yards, a career high, and three touchdowns in the win over the Jaguars last week. Spavital said the sophomore is looking better each practice and is starting to figure some things out with offensive coordinator Bob Stitt.

Texas State will look to do a better job of running the ball, though. The team saw Vitt break off a 17-yard rush, but otherwise averaged just 1.2 yards per carry. Junior running back Caleb Twyford, might make his return from injury, but Spavital said the Bobcats have to have an effective ground game, regardless of who plays.

“You have to establish the run game. You have to,” Spavital said. “You need to be efficient in the run game and be able to milk some clock and get yourself into favorable situations. And that’s kind of been the point of emphasis this week. You know, by no means do we have it figured out, like I’ve said. So we’ve got to keep on these kids and keep learning how to establish the run and do a lot of different things.”

Texas State hosts Troy inside Bobcat Stadium at 2 p.m. on Saturday. It’ll mark the last home game for the team’s seniors. But with three games left on the schedule and bowl eligibility still obtainable, the Bobcat upperclassmen aren’t too focused on Senior Day.

“I’m not really tripping about it, really,” senior linebacker Frankie Griffin said. “Because, you know, I’ve been here for a minute. But it’s gonna be exciting. I’m gonna leave it all on the field, it’s my last time there.”