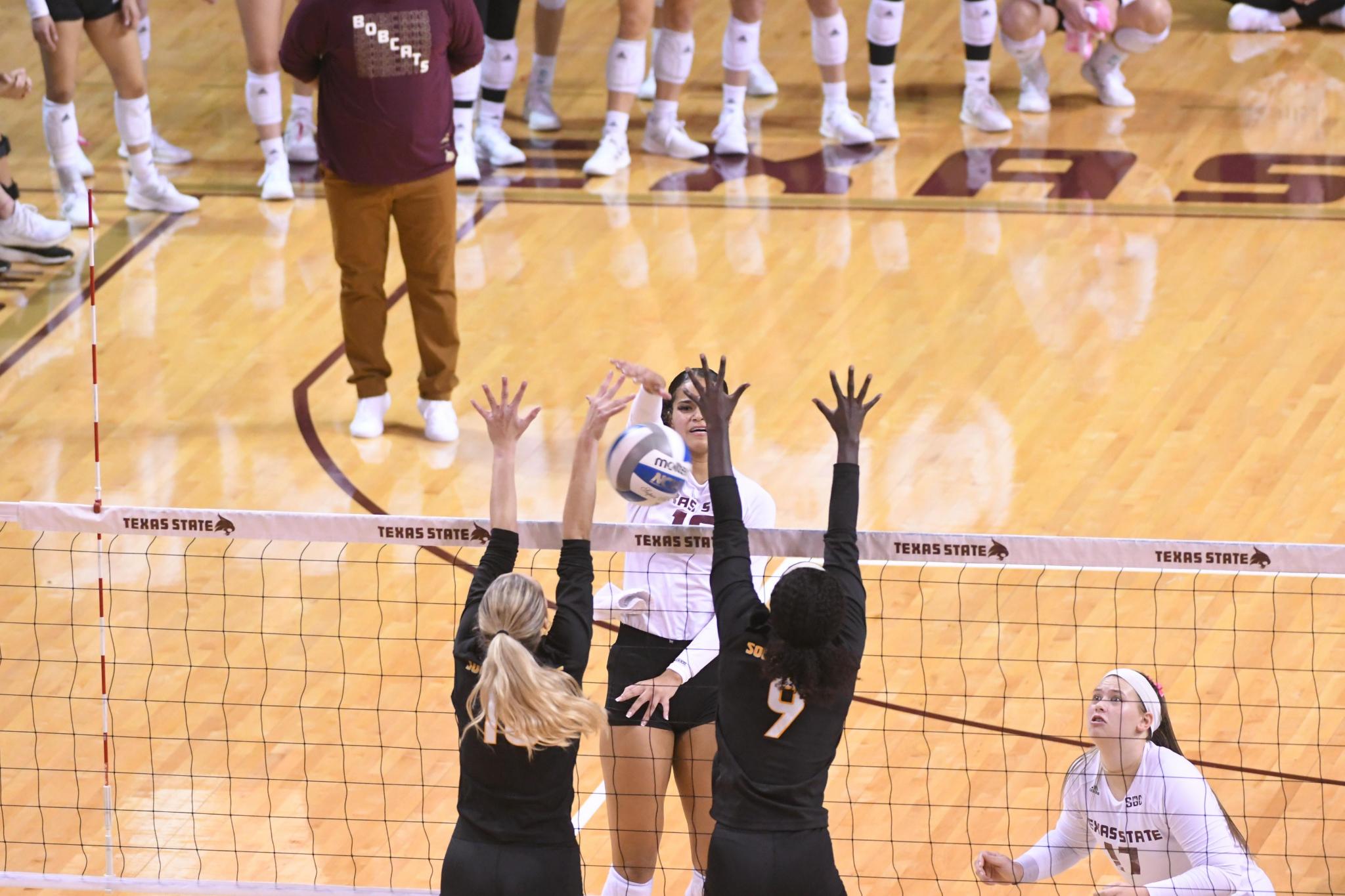 Texas State lost in the Sun Belt Conference Championship Final on Sunday in Foley, Ala. against James Madison. Above, graduate senior Janell Fitzgerald places a ball through the Southern Miss block earlier this season. Daily Record photo by Gerald Castillo

Head volleyball coach Sean Huiet was proud of his team for fighting back following an emotional five-set winner against South Alabama on Saturday.

“My heart breaks for this team,” Huiet said. “They competed so hard, but we just couldn’t get things to fall our way. Kudos to James Madison for how they served and put the pressure on us and slowed our offense down.”

For Huiet, the defeat to James Madison doesn’t shy away from the fact the Bobcats have continued to compete at a high level despite the retirement of legendary head coach Karen Chisum, including this season where Texas State finished with a record of 24-7 while clinching the Sun Belt West Division title for the sixth consecutive year.

“As I told the team, this loss doesn’t define us or our season,” Huiet said. “We won our division for the sixth straight year, and we played in our sixth straight championship match. We have no reason to hang our heads.”

The Dukes took the first set at 25-19 before Texas State responded by taking the second set at 25-22.

With the match tied up at 1-1, a pivotal third set was an all out brawl as neither James Madison nor Texas State allowed the other to have a lead of more than five points.

The Dukes were able to prevail as James Madison took the third set at 25-22.

Another competitive fourth set saw both the Dukes and the Bobcats be tied up at 5-5 before a 5-1 run by James Madison extended the lead at 10-6.

The Bobcats tied the match up at 19-19 before James Madison rallied for a 6-2 run to seal the conference championship at 25-21.

Texas State will see where its fate falls this Sunday, Nov. 27 at 6:30 p.m. as the NCAA D1 Selection Show will pick the best 64 teams to compete at the Division I Volleyball Championships.