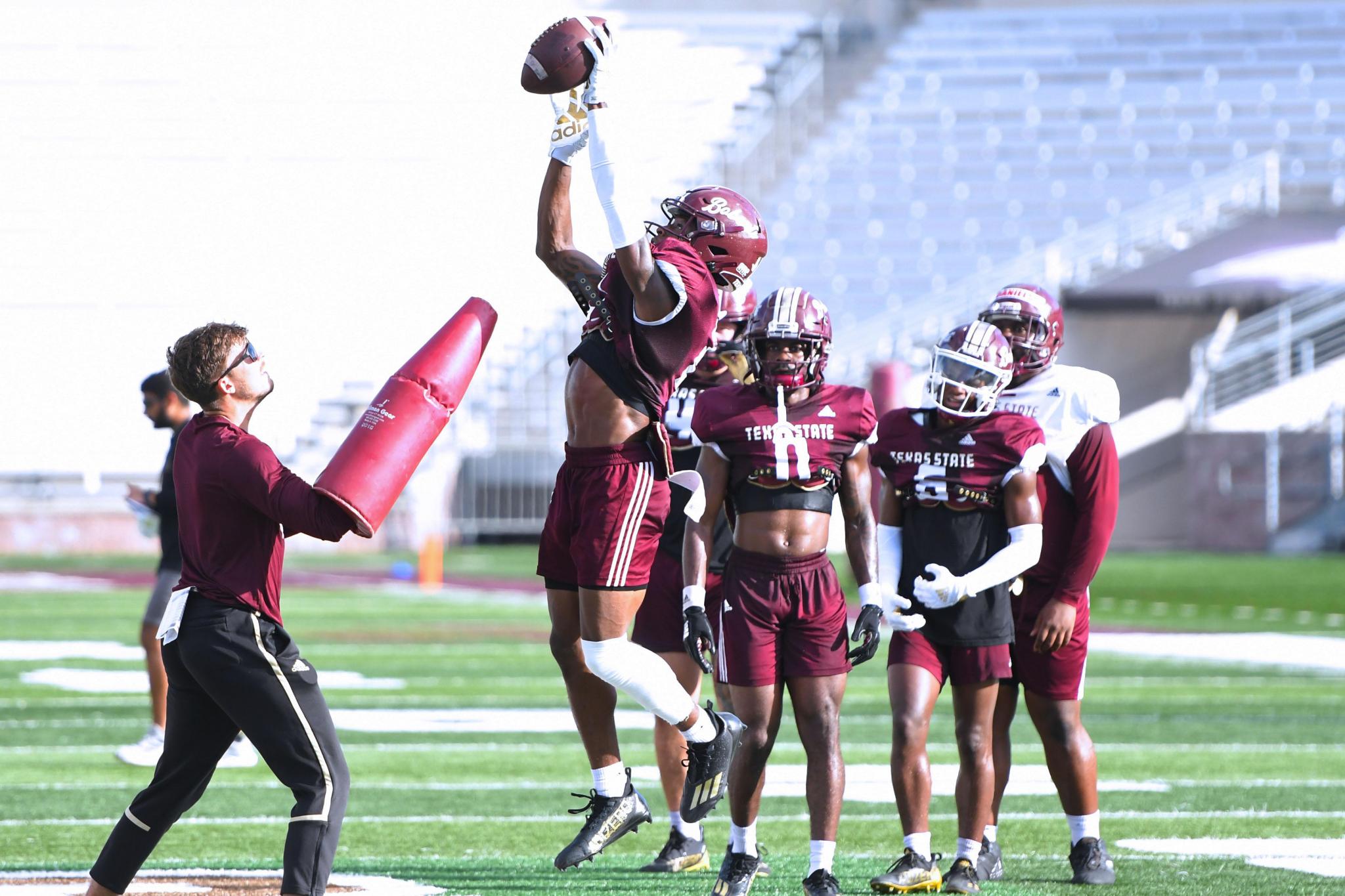 Bobcats head into matchup with HBU

“I think (Houston Baptist plays) extremely hard. You know, that’s the first thing I look at on tape is how hard they play and then you start looking at how sound they play. And they all know what they’re doing. They’re all very qualified, awesome coaches in terms of just the backgrounds of where they come from and how they just compete and put those kids in position to contest everything,” head coach Jake Spavital said. “Defensively, they’re very aggressive. Like this is a very tough challenge for us from the scheme. Just in general, I think their personnel is very athletic — I think they can cover all of us. We’re gonna have to make contested catches, they’re going to do some exotic looks and try to confuse us in the run game and we’re gonna have to play hard and we’re gonna have to execute. What they’ve done is keep people on their toes. That’s from their defense and our offensive perspective.

The Bobcats may be coming off a 42-7 loss in Waco to Baylor, but Texas State feels like the score wasn’t indicative of the gap between the Bobcats and the Bears. The maroon and gold almost went into halftime down just 14-7, but ended up surrendering a 35-yard touchdown run from quarterback Blake Shapen with 26 seconds left in the half. The Bobcats had a chance to immediately respond after receiving the second-half kickoff, but self-inflicted mistakes once again haunted the ‘Cats on the drive after the Bears forced a fumble on their own 40-yard line.

Texas State knows the game could’ve looked very different if they eliminated some mishaps on their part.

“I thought those kids played really hard and I thought that they felt like they belonged out there on the field. I thought they had many opportunities to make that a closer game than what it was by the final score,” Spavital said. “And I think it was a closer game, kind of just based (on) how we called it. We’re going to be aggressive and call it on fourth down in those types of games, you know, we knew going into that game that their defense was very good. They’re known for their defensive play and coach Roberts and coach Aranda do an unbelievable job. We knew that everything was gonna be contested, everything is gonna be earned, and when we crossed the 50 it’s gonna take four shots at times to get a first down, or at least score.

“So that was our approach and, you know, we weren’t as successful as we wanted to be on fourth down, but our kids were fired up because we were playing to win the game and that’s what it came down to.”

The Bobcats will look to get back on the winning track and correct their self-inflicted mistakes when they return home to San Marcos. Texas State will kickoff against Houston Baptist inside Bobcat Stadium on Sept. 24 at 6 p.m.