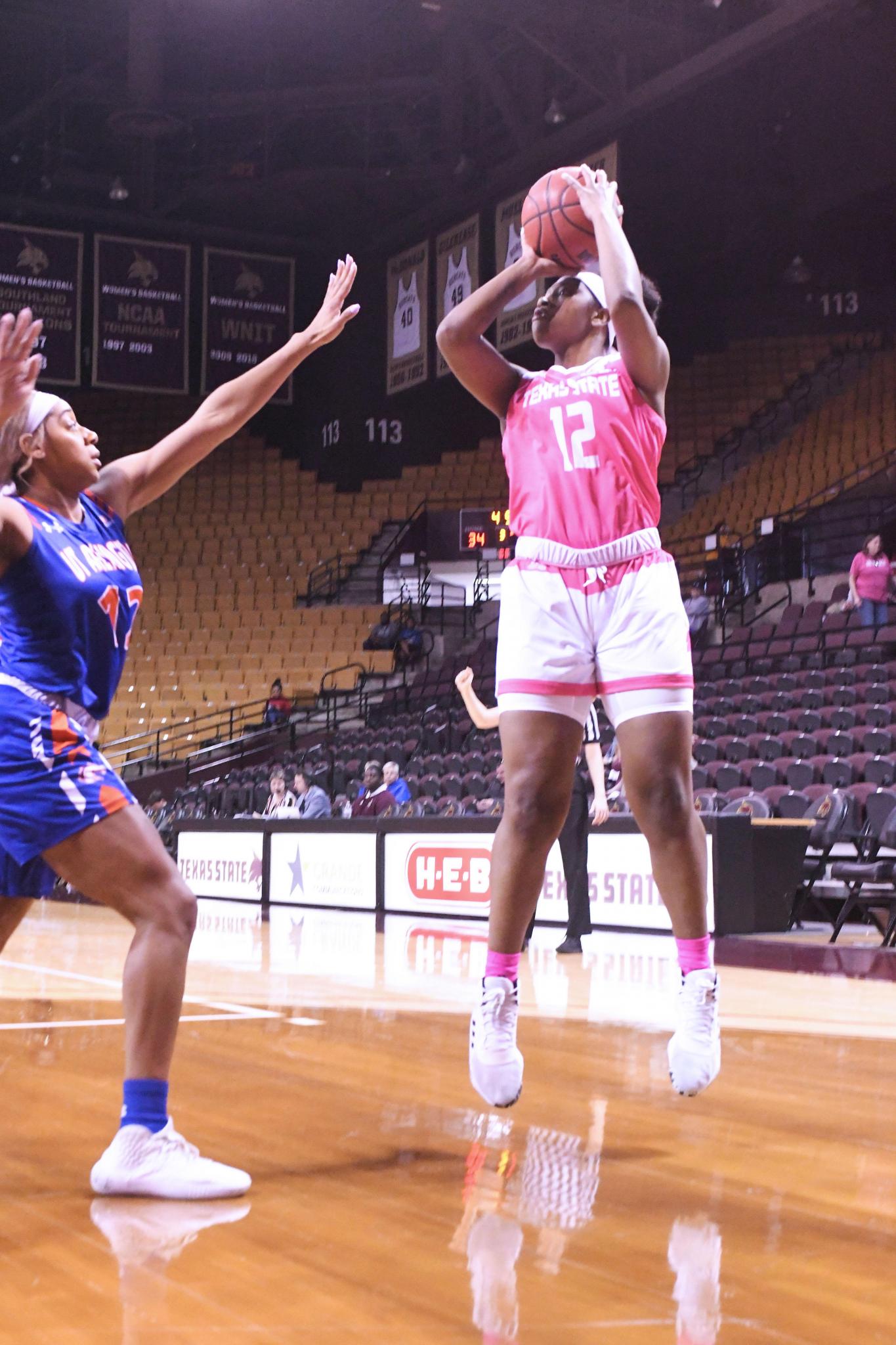 The fourth quarter has been an Achilles’ heel for Texas State.

Whether the team enters the final period with a lead or deficit, the Bobcats haven’t been able to exit any of their Sun Belt games on top — until Saturday.

“I think just the preparation leading into this game (helped us),” senior guard Brooke Holle said. “The past couple weeks, we've been really focusing on staying confident and poised through adversity. A lot of situations in practice, whether we're up, whether we're down, you know, making sure that we do the little things right. And I think it really showed that we were able to execute that in the fourth quarter.”

The Bobcats received a huge lift from Da’Nasia Hood. The sophomore forward never let the Mavericks’ lead grow too much, hitting five 3-pointers in the first half without a miss.

Hood’s floor spacing opened things up inside for the hosts in the second half. The Bobcats scored 20 points in the paint over the final two quarters. Hood added another 13 points in the fourth, including another two treys, to help Texas State seal the win.

“(I was) just staying patient through the offense,” Hood said. “You know, we're going to move the ball, so when I had my open looks, I just do my job and finish the shot.”

Holle chipped in another nine points in the final quarter, but made her biggest impact on the glass. Listed at 5-foot-7, Holle leads the team averaging 6.6 rebounds per game. She grabbed a  game-high 11 in Saturday’s contest for her second double-double of the season.

“I mean rebounding to me is just like a want. So if I want it, then I'm gonna go get it,” Holle said. “So, I mean, at this point, I'm confident in my rebounding. I've been rebounding since high school so I don't really see it as something abnormal for me to rebound. I'm have very high expectations for myself and rebounding. So I just try to track the ball and just beat my player to the spot.”

Hood finished the game with a career-high 28 points. She was followed by Holle with 19 and junior forward Jayla Johnson with 10. Sophomore guard Kennedy Taylor ended the game with eight points and dished out 12 assists.

“Obviously, I couldn't be prouder of my squad,” head coach Zenarae Antoine said. “And for me, in my head, it's played over and over that, you know, quitters never win and winners never quit. And this team has always been a winning team, a winning, fighting mentality.

“And people always ask questions about the the start (of conference play). And I've said, 'If you've been watching this team the same way I have, you already know we're winners. You know they're going to play hard and they're not going to quit.' And that's why, truly, that's played over and over and over in my mind, that there's a group of winners and these girls aren't going to quit.”