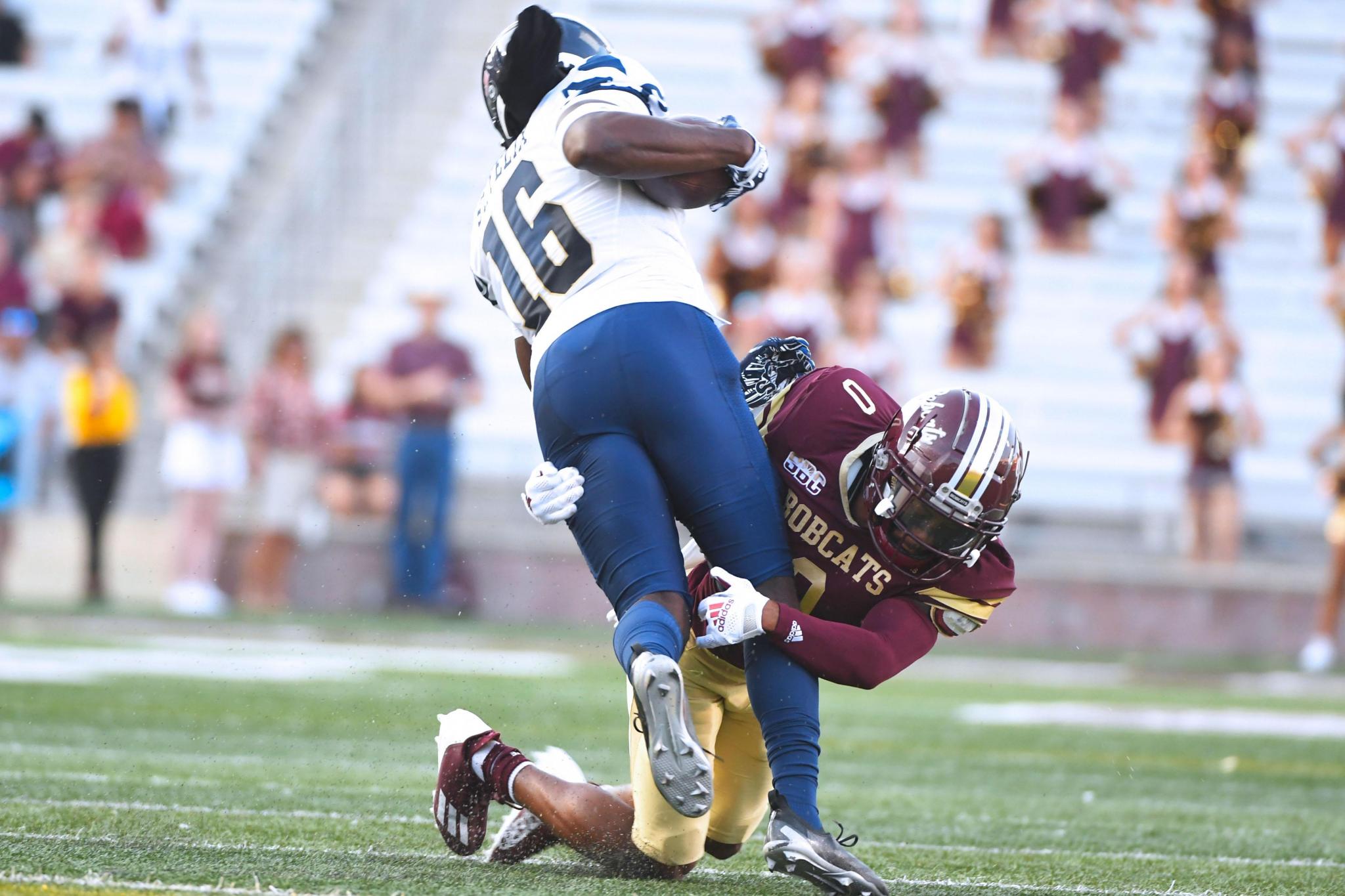 Texas State built some much-needed momentum in their 41-12 victory over Florida International on Sept. 10, but the celebration can’t last for long.

The Bobcats travel to Waco to face off with reigning Big 12 champion Baylor in their third matchup of 2022. The Bears are by far the toughest test on paper that the maroon and gold have had this season. Despite the optics, last year’s matchup between Baylor and the ‘Cats was a hard-fought battle — Baylor pulled out a 29-20 victory in both squad’s season-opener.

Texas State (1-1) will look to emulate that same type of competitive performance when they travel to McLane Stadium on Saturday.

“I think Coach Aranda does a great job. Coach Roberts on defense does a great job (as well). It’s one of the hardest schemes that I’ve had to go up against, you know, they contest everything,” head coach Jake Spavital said. “There’s a reason why they won the Sugar Bowl and won the Big 12 championship. They’re coached well, they play hard, (and) they play the game the right way. They don’t make very many mistakes, they don’t turn the ball over and they create a lot of turnovers.

“So they’re gonna be a great challenge and our kids are excited. This can be a great opportunity for our program on a national TV spotlight (with an) 11 a.m. kick. Everybody’s concerned about the heat but we play in (that) every single day. So I think both teams will be ready to go with that.”

The Bobcats aren’t worrying about narratives about a potential beatdown or being a heavy underdog — their mindset is focusing on themselves and chipping away at getting better every day.

“They had a good game, but like, we still got to show back up, you know? And we’re (still) correcting mistakes. We’re still having conversations with a lot of other people too, about where they stand and what they need to improve on and how the preparation that you do throughout the course of the week translates to the game,” Spavital said. “It’s not like ‘hey were just going to go through the motions all through practice,’ like what you do in practice is the people that we are going to play in the game. And that’s kind of the standard that we have and they understand that and they responded and had a great practice today. We’ll see if it just keeps translating to the field.”

Redshirt senior cornerback Kordell Rodgers echoed the same sentiment from a player’s perspective. The maroon and gold consider themselves their biggest achilles heel when it comes to their own success.

“(It’s been the) same thing coach (Spavital’s) been preaching since (the) spring,” Rogers said. “We just gotta worry about ourselves (and our game). It’s not really about the other team, it’s about us — minimizing our mistakes, and capitalizing when we can. We’re our worst enemy, and we know that.”