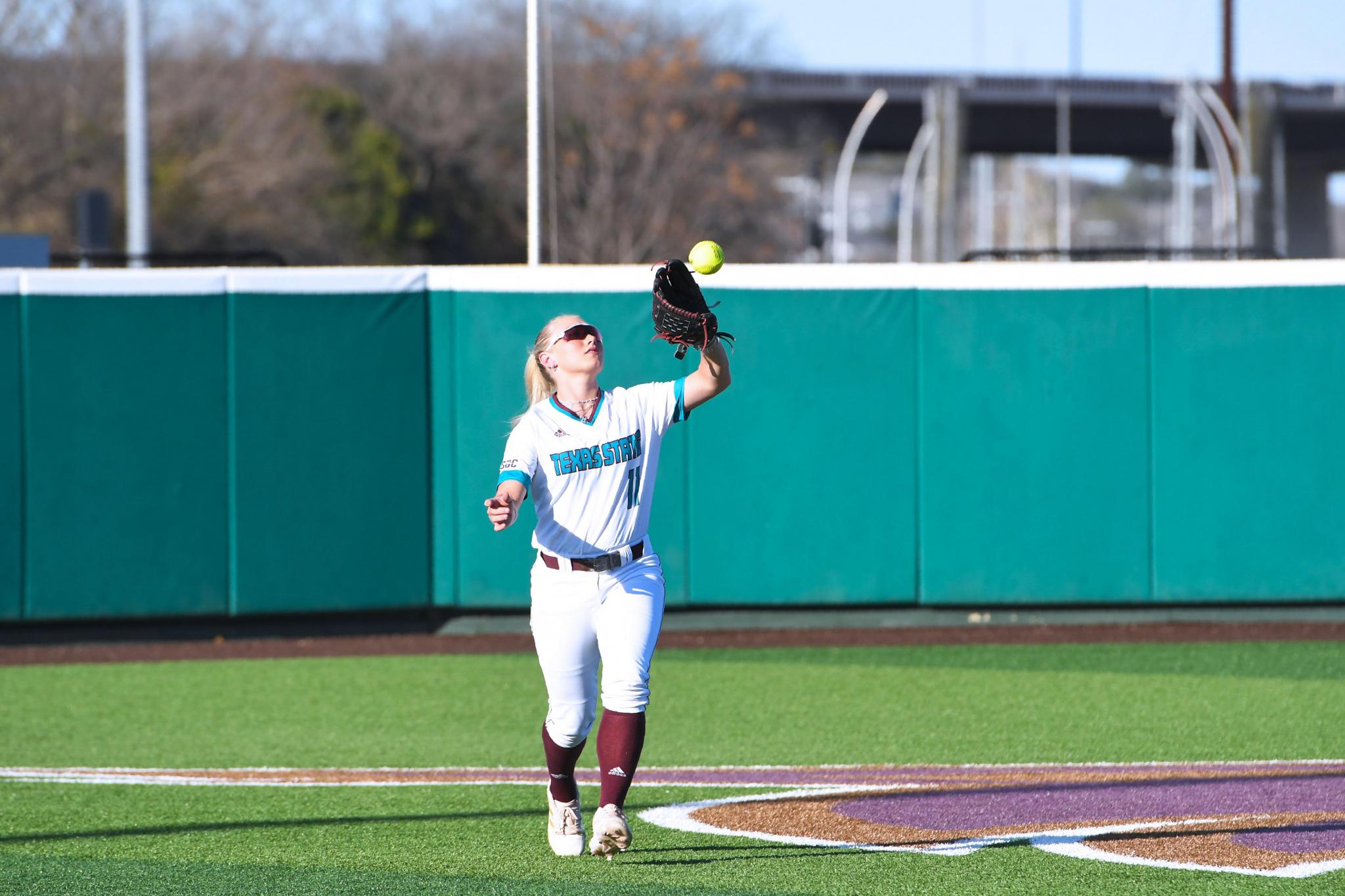 Texas State Softball split its midweek games at home, shutting out I-35 rival UTSA on Tuesday, 4-0, then falling to Baylor on Wednesday, 3-0.

The Bobcats got on the board in the first frame of the game against the Roadrunners (7-15, 2-1 Conference USA). Senior catcher Cat Crenek and junior third baseman Sara Vanderford both swung for singles, then pulled off a double steal to advance into scoring position. Sophomore designated player Anna Jones fouled out but sophomore second baseman Claire Ginder got a single to drop in centerfield to plate Crenek.

Jones singled in the bottom of the third and Ginder followed it up with a walk. Sophomore centerfielder Piper Randolph drove Jones home with a single up the middle to extend the maroon and gold lead to 2-0.

The hosts added two more scores in the next inning. Junior right fielder Kylie George led off with a single, Crenek drew a walk and both runners stole a base to move into scoring position. Vanderford connected for another single that brought both runners across, giving Texas State a 4-0 lead that it would keep the remainder of the game.

The momentum of Tuesday’s win didn’t carry over on Wednesday, though. The Bears (13-9) opened the game with three runs through the first five innings. The Bobcats didn’t get multiple runners on base until the bottom of the sixth inning. Freshman pitcher Ciara Trahan led off with a single and Crenek laid down a bunt that Baylor couldn’t get to in time.

After a strikeout and a fielder’s choice, a wild pitch from the Bears allowed Texas State to put two runners in scoring position. But the hosts couldn’t bring either home and went down in order in the seventh, giving Baylor the 3-0 win. Mullins (8-7, 0-0 Big 12) received the loss after pitching the complete game, allowing five hits, one walk and three runs while striking out three.

“We are just not competing the way we need to compete,” head coach Ricci Woodard said in a statement. “I just don’t get the feeling there’s a competitive bone in our bodies right now, so we have to figure that quickly.”