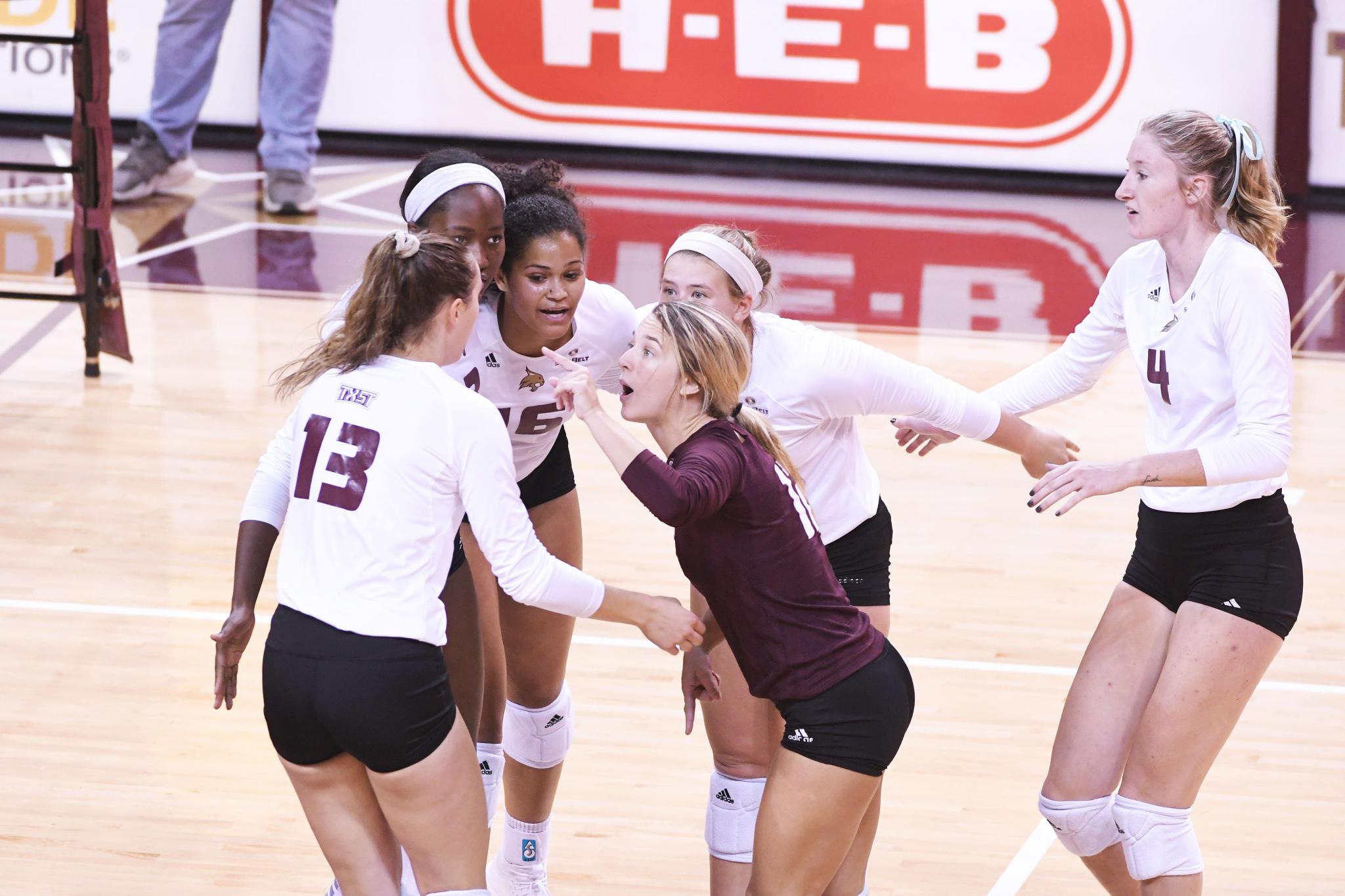 Brooke Johnson breaking out at libero for Bobcats

Brooke Johnson was caught off guard.

It doesn’t happen often. Johnson has some of the fastest reflexes on the team. But this time was different.

Texas State dropped its first match of the Texas A&M Invitational on Sept. 12, losing 3-1 to the Aggies. The next day, the Bobcats gave away the opening set against UT-Rio Grande Valley, 25-14. Head coach Karen Chisum needed a different look.

She told Johnson to put on the libero jersey. Johnson froze up.

The junior hadn’t played the position since her freshman year of high school. She carved out a role at Texas State as the backup setter and filled in at defensive specialist when she needed to, but never libero.

Chisum always wanted to get Johnson more playing time. The head coach called Johnson “the most competitive kid on this team” and likes the energy she brings to the court. But at 5-foot-5 Johnson lacks the height to play on the front row, leaving her with only a few spots she can rotate to.

Moving Johnson to libero seemed like the best solution, keeping her on the court for longer stretches of time.

“They say I have a presence on the back row,” Johnson said. “I’m always very excited and hyped and I just kind of bring that energy to the court. And I think that they wanted that on the court all the time.”

Texas State took the next three sets against UTRGV to win the match, 3-1. Johnson’s started at libero in every game since. The Bobcats were 3-5 and allowed a .238 hitting percentage to opponents in the eight matches before the switch. In the eight matches with Johnson at libero, the team is 7-1 and only allowing a .153 hitting percentage to opponents.

Johnson, averaging a career-high 2.45 digs per set, said the transition has been pretty easy. She enjoys directing traffic, telling the setter who to pass to, letting the hitters know where to aim and setting up the defense to receive the ball.

“I just I like playing. I don’t think about it, usually,” Johnson said. “I just go and I’m out there and I’m making plays and I’m defending and I’m just having a lot of fun with it.”

Chisum’s been impressed by her play thus far.

“She doesn’t want to give it up (the jersey), I will tell you that,” Chisum said. “She’s just such a fun, competitive Bobcat … it’s hard not to praise Brooke almost after every practice or every game.”

Johnson said she’s looking forward to getting more comfortable at her new position.

“I like being in all the time. That’s my favorite part about it, is being on the court all the time and not getting that break,” Johnson said. “And I like just being the leader. I like bringing the energy and I love like just making big plays for my team and just giving all my effort to the team.”