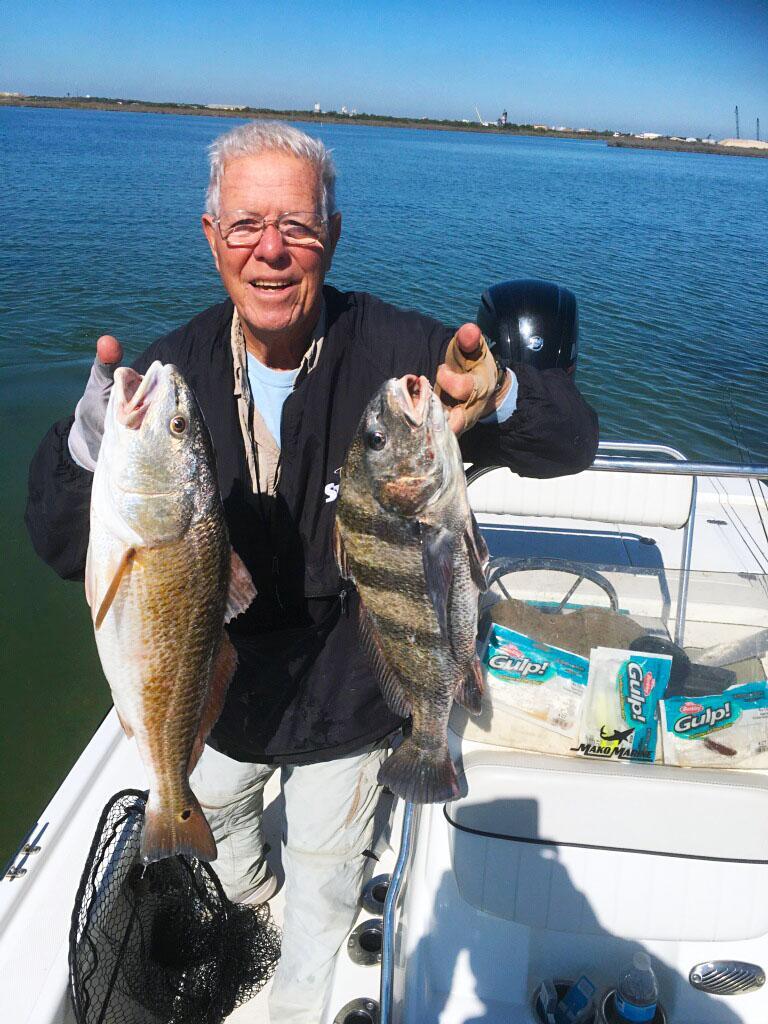 Above: Jim Darnell with a redfish (left) and a black drum (right) caught in Aransas Pass. Below: Jim's wife, Beth, shows off her 27-inch redfish. Photos submitted by Jim Darnell

Catching redfish and black drum while fishing in Aransas Pass 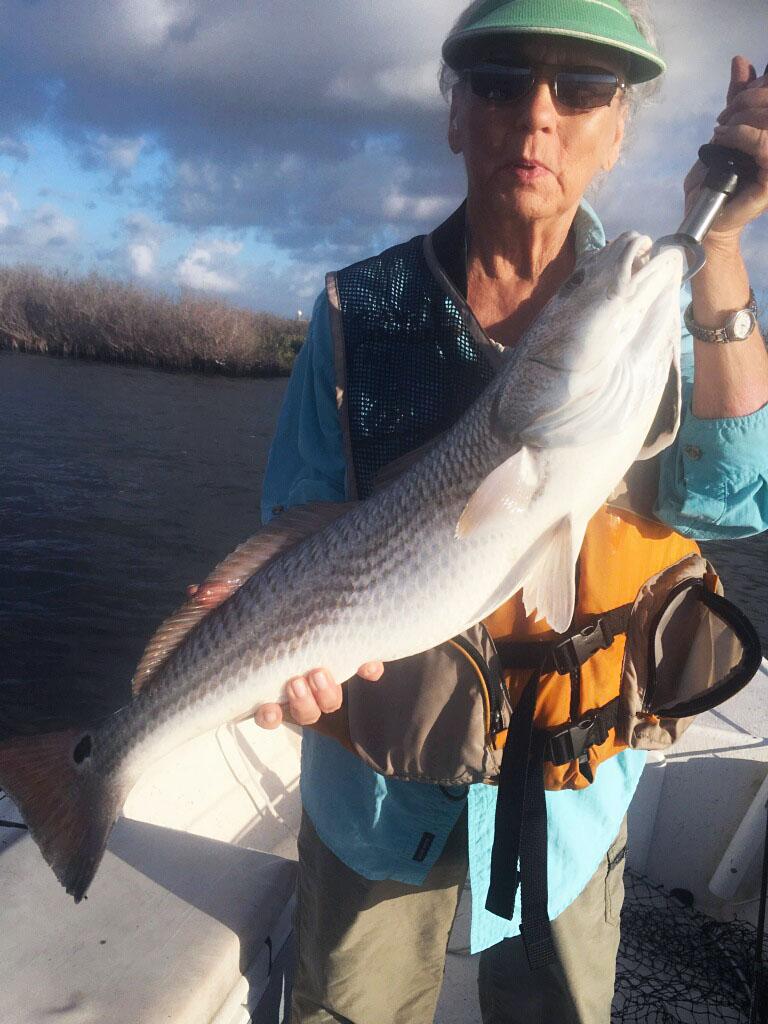 As the song says, “it’s the most wonderful time of the year.” I agree that Thanksgiving to New Year’s is wonderful. It’s a time of family gatherings, feasting, celebrating the birth of Jesus the savior, Christmas Eve singings, New Year’s Eve parties and all that goes with the holidays. But it’s also the most wonderful time of the year to catch big redfish and black drum in our coastal bays — especially for lure fishermen.

Recently my wife Beth and I spent two days in Aransas Pass trying to put some fish in our freezer. Since the terrible February freeze, coastal fishing has been slow for us. Millions of fish in our bays froze to death. Speckled trout really took a hard hit. Some redfish and black drum died but they are hardier than trout and most survived.

Beth and I motored into a grass flat behind Ransom Island. My brother, Wayne, had been catching some redfish from a deeper hole in the flat. Deeper is a relative term. When you are talking about a two-to-three-foot depth in the flat, a six-foot hole is deep.

We immediately began catching some undersized (below 20 inches) redfish on our Gulp shrimp impaled on 3/16-inch lead heads. Lots of fun but nothing for the freezer. Then I hooked a big fish, fought it for a while and then the line went slack. Bummer. No fish for the icebox.

Soon Beth set the hook into a real fish. He began to peel line out of her reel at high speed. She did a good job fish fighting the fish. When he stopped after a long run, she would pump him and take up line. Then another run.

“I don’t know who is going to win this fight,” she said.

I did. I once saw her fight a 100-pound tarpon for an hour and 15 minutes in Belize. She won that battle even though she could not open her hand after the long war.

Slowly, the big redfish tired and got closer and closer to the boat. Finally, I slipped the landing net under almost 28 inches of a golden-red colored fish. He was just under 28 inches so he went into the cooler. Redfish over 28 inches must be released.

The next week we were back in Aransas. Beth didn’t want to fish so I fished for two days with my brother Wayne. Wayne copied Beth with a big 27 7/8-inch redfish out of the same hole. Then I hooked a big fish, but he didn’t make a long, hot run like Wayne’s redfish. It was a big black drum. He fought like a bulldog. A drum is very strong and will slug it out toe-to-toe with you. A beautiful 23-inch silver fish with black stripes finally came to the net.

Black drum are good table fare. Once considered trash fish, they are now a major fish on the menu in most seafood restaurants. It’s hard to tell the difference between the taste of a redfish and a black drum. We ended the day with four big redfish, three black drum and two trout. Good day.

The next morning Wayne and I took my boat. It is small than his boat but is great for skinny water. The second day was quite a day of fishing. We caught 32 undersized reds, three small trout and one small flounder. In the box were again four large redfish, two big drum and a nice speckled trout. All done by 11:30 a.m.

I’m glad my flounder was undersized. The Texas Parks and Wildlife Department has placed a moratorium on keeping any flounder in November and December. Flounder populations in our Texas Bays have greatly decreased over the last 20 years. Hopefully, stricter regulations will reverse the downward trend. But it will really be tough to release a big blanket 21-inch flounder. That’s like watching a seafood feast swim away.