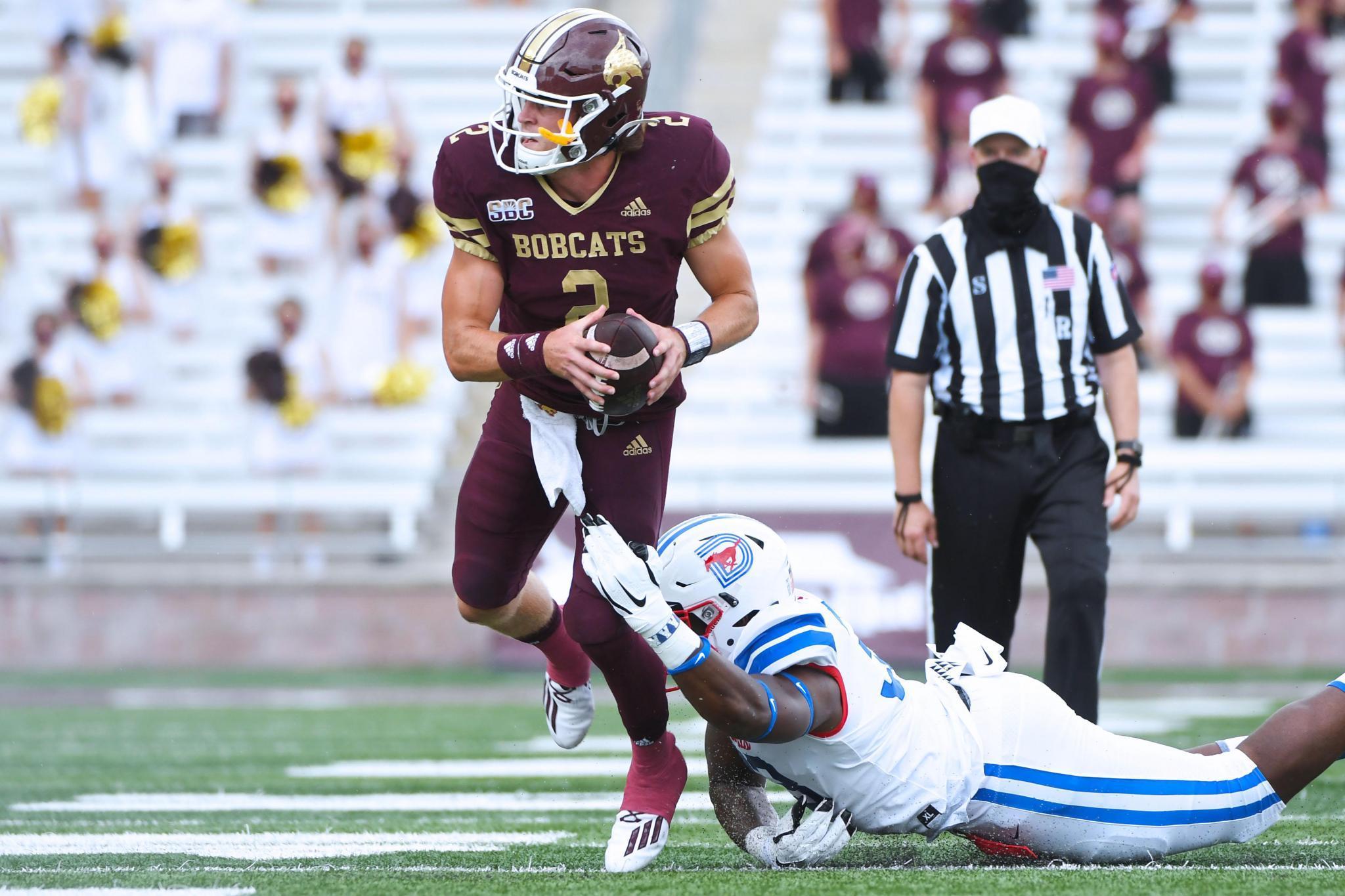 For just the second time in school history, and the first time since facing Texas Tech inside Bobcat Stadium on Sept. 8, 2012, Texas State will host a Big 12 opponent.

Baylor makes its first-ever trip to San Marcos this year for the 2021 season opener. The series between the Bears and Bobcats began with a 55-0 win in Waco on Oct. 4, 1909. The Bears are now 7-0 all-time against Texas State, though the maroon and gold kept it close in the last two matchups, losing each game by just seven points.

Baylor went 11-3 in 2019 — former head coach Matt Rhule’s final campaign with the team — but fell back to Earth under first-year head coach Dave Aranda, going 2-7 in a COVID-shortened 2020 season.

The Bears’ offense ranked second to last in the Big 12, averaging 310.2 yards per game. Four-year starting quarterback Charlie Brewer transferred to Utah in the offseason, opening up a camp battle for his successor. Junior Gerry Bohanon and sophomore Jacob Zeno have the most experience among the contenders, though true freshman Kyron Drones was the highest-ranked recruit in Baylor’s 2021 class. Whoever lines up behind center will have a trusty target to throw to in senior wideout R.J. Sneed, who led the team with 39 receptions for 497 yards and three touchdowns.

The offense returns the majority of its rushing production, though that isn’t saying much as the Bears only gained 2.7 yards per carry. Sophomore running back Craig Williams posted 197 yards and two scores on 26 attempts (7.6-yard average) through four games last year. He’ll pair with fifth-year senior Trestan Ebner, a receiving threat out of the backfield who generated 406 yards from scrimmage last season. Sam Khan Jr. of The Athletic also reported that senior Abram Smith, who converted to linebacker in 2020 and was the team’s fifth-leading tackler, will make the switch back to running back. They’ll be running behind one of the weaker offensive lines in the conference, a unit that allowed 31 sacks and just 0.56 yards per rush before contact and brings back just one full-time starter in senior Connor Galvin.

Baylor was better on the defensive side of the ball, ranking sixth in the Big 12 allowing 383.4 yards per game. The defensive line is experienced and gained a major addition in sophomore transfer nose guard Siaki Ika, who played under Aranda on LSU’s national championship-winning 2019 squad. Senior linebacker Terrel Bernard, a two-time All-Big 12 honoree, likely would’ve led the team in tackles if not for a shoulder injury that sidelined him the last four games of the year. All four starting members of the Bears’ secondary return, too.

Texas State hosts Baylor inside Bobcat Stadium on Sept. 4 at 6 p.m. ESPN’s Bill Connelly projects the game as a “likely loss” for the Bobcats, giving them a 17% chance to win.