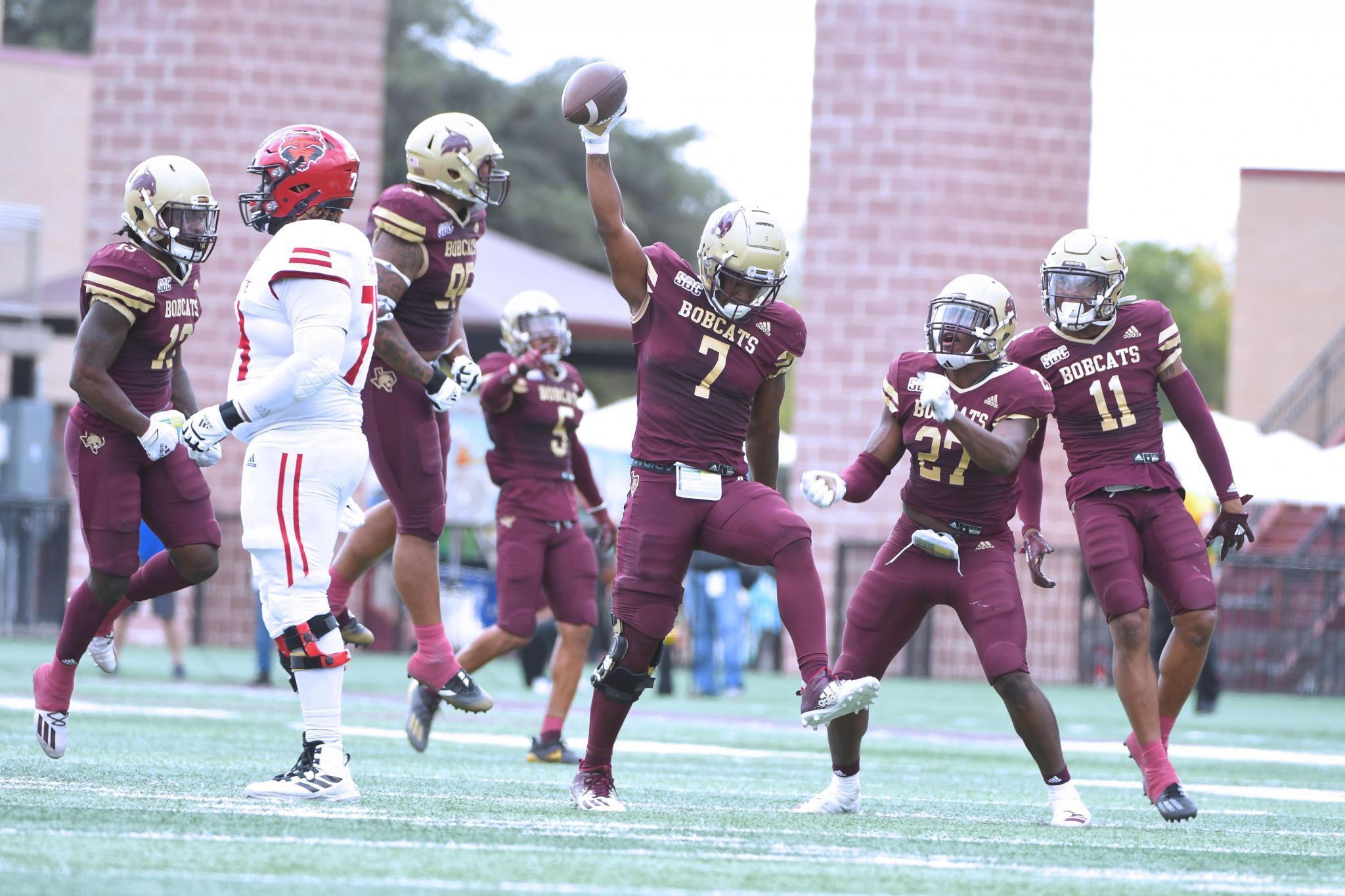 Texas State’s win over Arkansas State last season was its first since 2014. It took a seven-play, 57-yard, 1:02 drive to get the Bobcats there.

The Red Wolves had just put together a long scoring drive that put them ahead, 45-41, with under two minutes left in the fourth quarter. Former Bobcat wide receiver Jeremiah Haydel returned the ensuing kickoff for 41 yards, setting up the maroon and gold on their own 43-yard line with 1:36 left on the clock.

Redshirt sophomore quarterback Brady McBride missed his first pass but connected with former wide receiver Jah’Marae Sheread and redshirt freshman running back Calvin Hill on his next two for 15 yards. Texas State handed the ball off to Hill twice, gaining 25 yards. McBride found Haydel on one more pass for 11 yards and Hill finished the drive off with a six-yard touchdown rush. Sophomore kicker Seth Keller missed the PAT, but the defense kept Arkansas State out of scoring range in its last drive, clinching the 47-45 win inside Bobcat Stadium on Nov. 21.

The Red Wolves still lead the all-time series 6-2. Arkansas State finished the season 4-7 overall and 2-6 in Sun Belt play — its first losing season in 10 years. Head coach Blake Anderson left in the offseason for Utah State and was replaced by former Tennessee head coach and Alabama assistant Butch Jones, who will look to get the team back on track.

Logan Bonner led the offense in pass attempts in 2020 and followed Anderson out west, transferring to the Aggies. But redshirt sophomore Layne Hatcher was the more efficient quarterback, producing more yards (2,058) and touchdowns (19) on 68 fewer throws (194). Bonner’s departure opens the door for Hatcher to have his best season to date as the full-time starting signal-caller, reconnecting with Jones, who he played for in his true freshman season at Alabama in 2018, and passing behind an offensive line that returns four starters.

Arkansas State lost its top playmakers at running back and receiver but has players waiting in the wings for bigger roles. Freshman halfback Lincoln Pare ran for 450 yards and a touchdown on 72 carries for a team-high 6.3 yards per attempt. And redshirt senior wideout Dahu Green was second on the roster with 542 yards on 32 catches, reaching the end zone five times.

The Red Wolves’ Achilles heel last year was defending the pass. The rushing defense was solid, allowing 156.1 yards per game and ranking in the top half to the conference. But the unit also allowed 314.0 passing yards per game, which ranked in the bottom two of the FBS. In last season’s game, McBride torched the team for 443 yards and five touchdowns.

New defensive coordinator Rob Harley will see nine starters return. Redshirt sophomore defensive end TW Ayers was second on the team with 4.0 sacks and could build on it this year. Redshirt senior linebacker Jeffmario Brown was second on the team with 44 tackles. And sophomore cornerback Samy Johnson should lead the secondary again after breaking up six passes and picking off two.

Arkansas State will host Texas State in Jonesboro, Ark., on Nov. 27. Bill Connelly of ESPN’s SP+ projections predict a 4-8 overall record for the Red Wolves in 2021, including a 3-5 record in Sun Belt play. Connelly gives the Bobcats a 44% chance to win, making Arkansas State a “likely loss” for the maroon and gold.