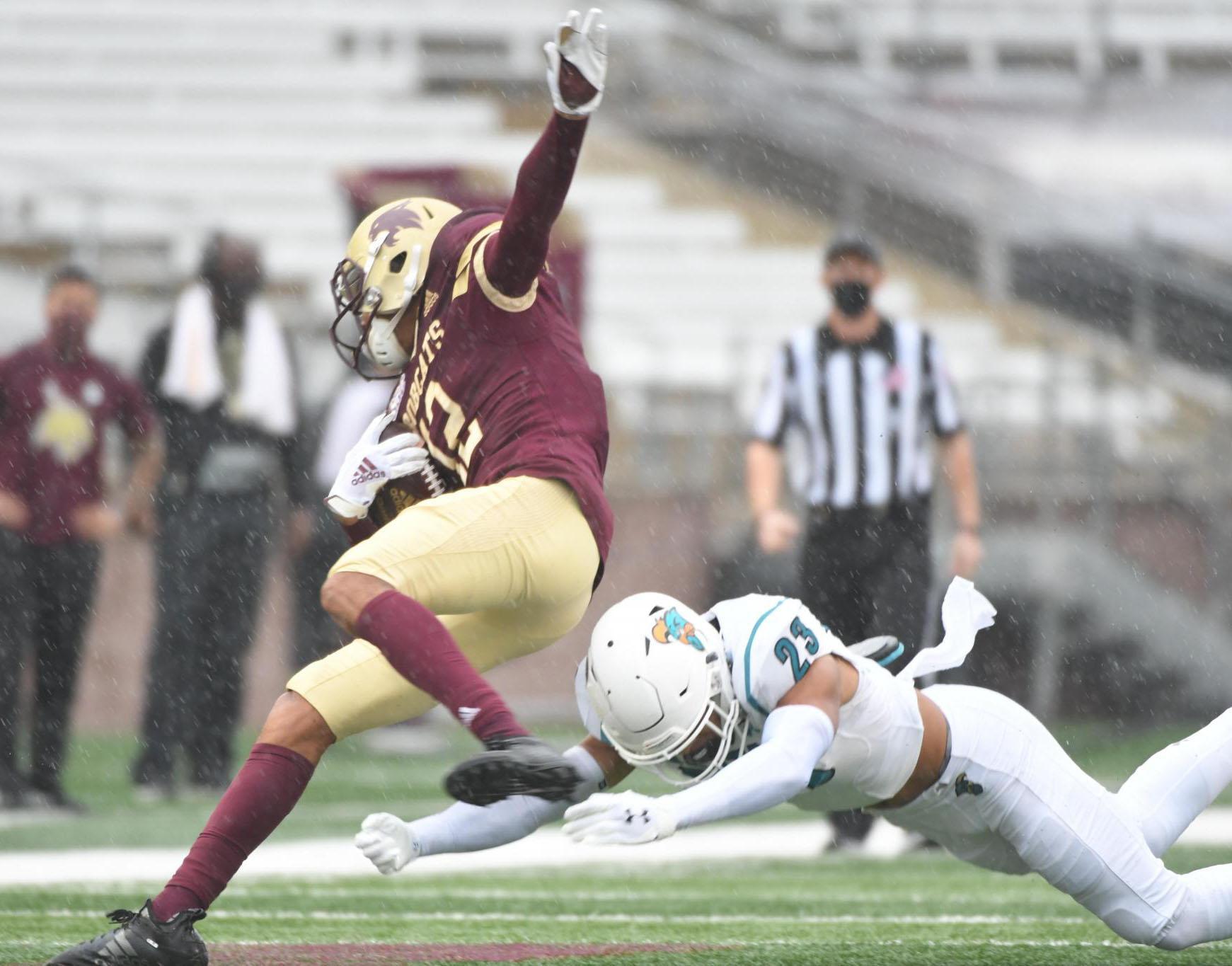 Coastal Carolina’s football program is one that Texas State’s incoming Director of Athletics Don Coryell wants the Bobcats to mirror.

The Chanticleers made the leap to the FBS level in 2017 and posted a 3-9 record in their inaugural season in the Sun Belt. The team became competitive, posting 5-7 records over the next two seasons, undergoing two coaching changes, but broke through as one of the top teams in the nation in 2020.

CCU finished 11-1 overall and 8-0 in its second season under head coach Jamey Chadwell. Coastal took down Big 12 opponent Kansas in its season opener, handed Texas State a 49-14 loss in San Marcos on Nov. 28, knocked off No. 8 BYU on three days notice, became a co-Sun Belt champion along with Louisiana, made its first-ever bowl appearance in a 37-34 overtime loss to No. 23 Liberty in the FBC Mortgage Cure Bowl and finished the year ranked No. 14.

With 20 starters returning, the Chanticleers have the pieces to run it back.

The hyper-efficient option offense produced a conference-best 37.5 points per game. Redshirt sophomore quarterback Grayson McCall flourished in his first season as the starter, throwing for 2,488 yards and 26 touchdowns with just three interceptions and gaining another 569 yards and seven scores with his legs on 111 carries (5.1-yard average). The Sun Belt’s 2020 Player and Freshman of the Year have his entire receiving corps back, including senior wideout Jaivon Heighligh, who caught 65 passes for 998 yards and was one of 11 pass-catchers to grab at least 10 touchdowns.

The only hole the unit will need to fill is in the backfield after leading rusher C.J. Marable was signed by the Chicago Bears as an undrafted free agent. Junior and senior running backers Reese White and Shermari Jones, respectively, carried the ball 80-plus times each and combined to run for 876 yards and nine touchdowns. They’ll also have the benefit of rushing behind an offensive line that returned every starter and features three all-conference team members.

The defense was just as strong, finishing top-three in the league with 351.9 yards and 20.3 points allowed per game. Sun Belt Defensive Player of the Year Tarron Jackson was drafted by the Philadelphia Eagles, but his pass-rushing production should be made up by the rest of the unit. Senior “Bandit” defensive back Jeffrey Gunter, defensive tackle C.J. Brewer and linebacker Silas Kelly combined for 18 sacks. Gunter forced six fumbles by himself. The secondary should be extremely experienced, too — Derick Bush, D’Jordan Strong, Alex Mills and Brayden Matts combined to tip 20 passes and intercepted 13 of them.

The Chanticleers lead the Bobcats in the all-time series, 2-1. Coastal Carolina will host Texas State in Conway, S.C., on Nov. 20. Bill Connelly of ESPN’s SP+ projections predict a 10-2 overall record for the Chants in 2021, including a 6-2 record in Sun Belt play. Connelly gives the Bobcats a 7% chance to win, making CCU a “likely loss” for the maroon and gold.