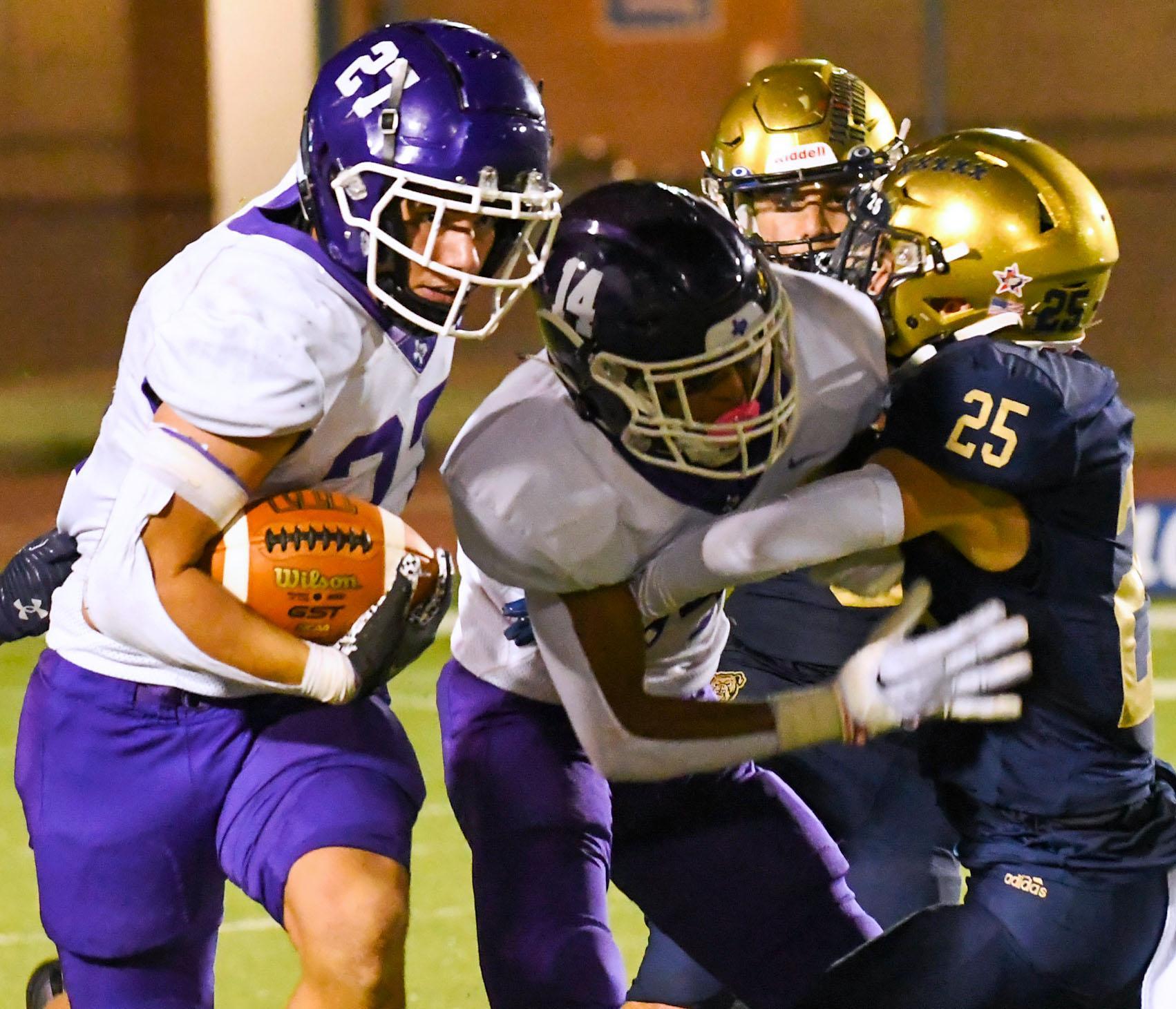 District 27-6A Round Up: Teams move to 14-10 overall through week four

With just two weeks left until play in District 27-6A kicks off, teams around the district are starting to figure out who they are.

Despite some surprising losses, the district still sits above .500 overall with a record of 14-10 through four weeks of the season. Cibolo Steele (4-0) and Schertz Clemens (3-1) sit atop the non-district standings followed by San Marcos, New Braunfels and East Central all having a 2-2 record. The biggest surprise has to be long-time San Antonio and Texas powerhouse Converse Judson finding themselves at the bottom of the standings, being the only team with a losing record (1-3). Below are takeaways from each team’s most recent matchup and their season overall:

The Knights continued their momentum in week four with a nail-biting 35-28 overtime win on the road over Midland Legacy (2-2). Three out of Steele’s four wins have come by single digits and the other was an impressive 49-16 blowout win against Hutto (3-1). The Knights have shown they can win in both fashions in 2022, seeming to continue the momentum from their district championship in 2021.

The Buffaloes are the other team with a winning record in the district, coming off a 37-14 home win over Laredo United. Clemens has had two games that have gone down to the wire, beating San Antonio Madison 14-10 in their season opener and falling 28-21 to Cedar Park Vista Ridge (2-2). The Buffaloes’ other win was another in dominant fashion — besting Del Valle (0-4) 42-19 during week two. While the Buffs’ non-district slate may not be the most difficult in the district, their 3-1 start with only a loss by a score definitely brews positivity in Schertz.

The Unicorns opened the season with a state-shocking 34-33 comeback win over Denton Ryan, but have fallen off the mark since their 31-7 win over Seguin in week two. New Braunfels lost a shootout at home against Pflugerville Weiss (2-2) 49-42 in week four, as the Unicorns were unable to bounce back from their 35-32 loss to cross-town rival New Braunfels Canyon in week three. The Unicorns have shown their potential in 2022, and they’ll look to get back on track with a win against Brenham (1-2) on Sept. 22 to go into district play with momentum.

The Rattlers had a heart-breaking 42-41 loss to San Antonio Wagner in overtime in week three, but bounced back with a 65-34 win on the road against Laredo Alexander. San Marcos faces another South Texas opponent in Eagle Pass (4-0) in week five, and it may be the purple and white’s toughest test of their non-district slate. If San Marcos can hand the Eagles their first loss of 2022 on Sept. 23, it’ll be a huge momentum booster for the Rattlers heading into district play.

The Hornets have either beat their opponents handily or their opponents have done the same to them in 2022. East Central matched up with Del Rio (0-4) on Sept. 16, controlling the game for a 27-7 win. The Hornets’ first win of the season came with a 34-21 victory over San Antonio Roosevelt (2-2). East Central’s two losses came by way of San Antonio Harlan (2-2) in a 33-7 loss during week one, and a 45-7 loss to Smithson Valley (3-1) in week three. The Hornets seem to have a winnable matchup with Canyon Lake on Sept. 23, but East Central will have to seize the opportunity if they want to go into district play with momentum.

The Rockets’ 1-3 start to 2022 has been less than ideal for the Judson faithful. The Rockets started off their year with an electric 46-43 win in overtime at the Alamodome against San Antonio Johnson (2-1), but since Austin Westlake’s 47-14 thwarting in week two things haven’t been able to get on track. A 28-15 loss to Pflugerville Weiss on the road was the start, and then a 24-23 killer on the road against Hutto in week four really makes the district wonder if the Rockets are still feeling some of the effects from 2021’s 4-6 finish. The dichotomy of Steele’s big win over Hutto definitely makes the district’s other three playoff spots feel more open than before.

District 27-6A will play their final non-district matchups before getting a bye week heading into district play. San Marcos matches up with Eagle Pass in their second-straight game against a South Texas opponent on Sept. 23 at 7:30 p.m. Some other key matchups around the district include Judson facing another tough opponent in Midland Legacy who took Steele to the wire during week four. East Central facing Canyon Lake as well as Schertz Clemens going up against Odessa are some other games to watch after kickoff Friday evening.