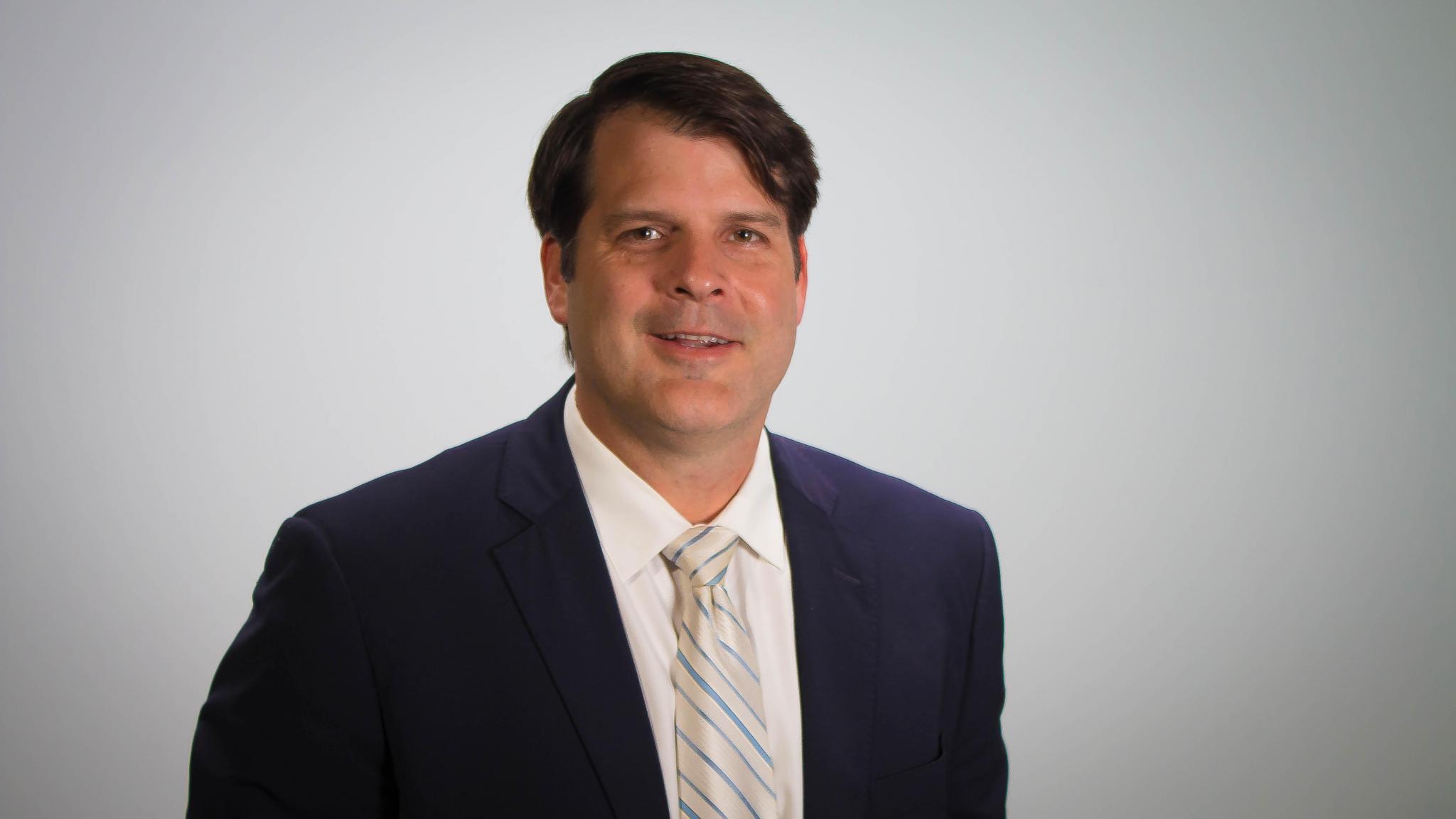 Texas State’s Executive Senior Associate Athletics Director for External Operations shuffled into the Bobcat Softball Stadium press box on May 7 in the early innings of the maroon and gold’s game against UT Arlington.

Coryell stayed and chatted with media members working the game, reminiscing on his playing days as the Bobcats worked to cut into the Mavericks’ 1-0 lead. “Donny” was a 6-foot-5 forward at Angelina Junior College for two years before transferring to Lamar in 1996. He averaged 7.0 points and 4.7 rebounds in two seasons with the Cardinals and finished his playing career spending a year with the Dungannon Flyers in Ireland.

Three at-bats into the top of the third, senior outfielder Marisa Cruz sent an RBI single to right field, tying the game up at 1-1. Coryell cheered, breaking the biggest rule in the world of the objective press.

“Sorry, forgot where I was,” the Beaumont native said with a thick east Texas twang in his voice as he showed himself the door. “I get kicked out of most press boxes I walk into.”

It’s also evident that Coryell loves Texas State. The school announced nine days prior to the game that Dr. Larry Teis would be stepping down as Director of Athletics on Aug. 31. Texas State also stated that Coryell would serve a one-year term as the interim head of the department beginning Sept. 1. Then, in a statement released by University President Denise Trauth on Wednesday, the school removed the interim tag from Coryell’s title, making him the permanent athletics director at the start of next month.

It’s a promotion that’s 17 years in the making and one that Coryell might not have been expecting. In an interview with the Daily Record on July 19, Coryell said he hadn’t had any conversations about what would happen at the end of his interim term — “I’m just gonna put my head down and work as hard as I can.”

“I have received excellent feedback, both internally and externally, about Mr. Coryell’s tremendous work ethic, extensive experience, and servant leadership-style,” Trauth said in her statement. “I have personally observed his commitment to supporting our student-athletes in reaching their full potential in academics and in their physical and mental well-being.  He is dedicated to supporting our coaches, and is already developing plans to achieve athletic excellence for all our sports; create an exciting and fun atmosphere for our students, fans, and alumni at all athletic events; and strengthen relationships with donors, fans, and our university community.”

The associate AD played a role in the Bobcats’ jump from the FCS to the FBS in 2012 and their transition to the Sun Belt Conference in 2013.

Texas State hasn’t been afraid to promote from within when it comes to its head coaching vacancies. Head baseball coach Steven Trout, head volleyball coach Sean Huiet and head men’s basketball coach Terrence Johnson were all long-time assistant coaches with the Bobcats before taking over their respective programs. The athletic department is now doing the same with its top position.

Coryell likewise had a similar reason as most of the maroon and gold's coaches do for staying in San Marcos for as long as he has.

“It's just such a great place, man,” Coryell said. “It's an unbelievable place to work, it's an unbelievable community to be in. I would say, for me particularly, the relationships I've built here have really kept me here. I've got some great friends — whether they're donors, fans, coaches or fellow employees — that I've just had outstanding relationships with.”

Coryell said he was almost immediately included in both the Sun Belt’s AD meetings and Trauth’s president’s cabinet meetings. He’s also been leading most of Texas State Athletics' senior staff discussions and coaches meetings. He credited Trauth and Teis as being good resources for him to lean on and learn from.

He feels his time as a college athlete will help him in his new role as he knows firsthand the pressures and time demands that are required. He’s confident he and his support staff will be able to smoothly handle the new education-related benefits and name, image and likeness rules enacted by the NCAA this year.

“I realize the opportunity that we're presenting to kids,” Coryell said. “I want to make sure that we develop our student-athletes into great people who are going to be with an outstanding education when they're done.”

As a whole Coryell wants to see Texas State Athletics become nationally relevant — not just winning conference championships, but also reaching bowl games and NCAA tournaments and winning games there. He thinks the Bobcats’ football team can make a quick turnaround similar to that of Coastal Carolina’s, which went from being 13-23 in its first three seasons in the Sun Belt combined to posting an 11-1 record in 2020, becoming the Sun Belt’s co-champion, making an appearance in the Cure Bowl and finishing the year ranked No. 13. He also likened the program’s potential to that of Boise State, which went from relative obscurity to becoming a perennial bowl game and conference championship contender.

Coryell has goals aside from sports, too. He wants to exceed his department’s financial goals, place an emphasis on relationships with students, donors and fans and give Texas State’s games more entertainment value.

“And I think from a fan standpoint, we're really trying our best to get as involved as possible, right? We need to sell out all of our football games, not just when Baylor comes into town this Sept. 4. So you know, getting all the Bobcats behind the football program is a top priority for me. And I think that will help us win the chip in that program particularly.”

Texas State’s Coryell era begins in 27 days. He’ll step into a world of college athletics that’s undergoing another major transformation, with Texas and Oklahoma set to join the SEC in 2025 and reports of numerous other schools potentially switching conferences. Coryell feels prepared to lead the Bobcats through it all.

“I feel great. You know, it's exciting, it's fun, I'm humbled for the opportunity,” Coryell said. “I work with great people who've been very supportive. Our staff and our coaches as well, they've really kind of embraced trying to help me and I really appreciate that. And to an extent, the same thing, I've had a lot of fans and donors reach out to me, kind of offer their assistance. And so it's been a good feeling and I'm looking forward to the challenge.”