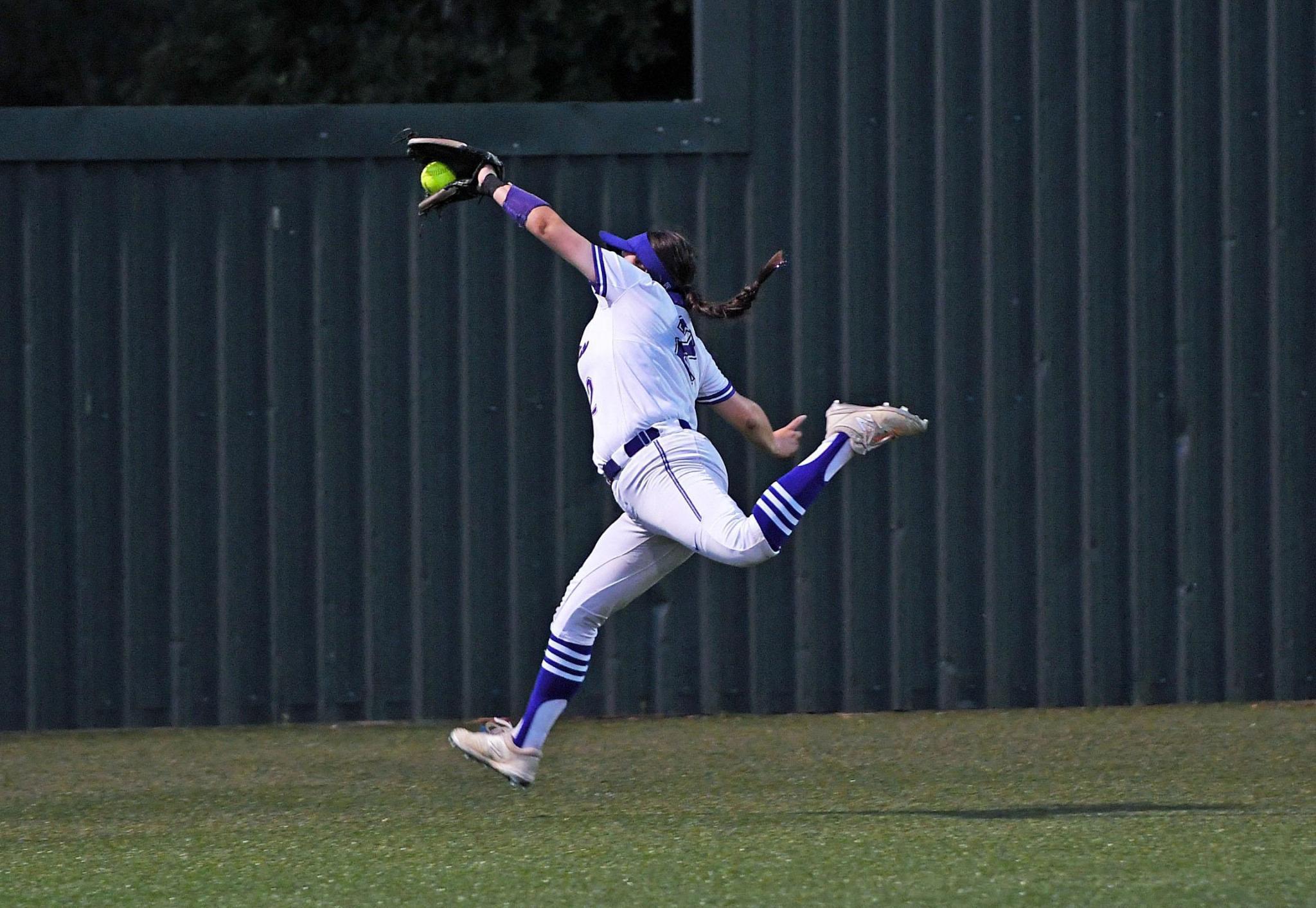 “I am super proud of all of the girls for garnering recognition from their district,” Stoughton said.

Junior outfielder CJ Castilla, senior outfielder Maya Richards and sophomore infielder Ava Serna were all voted to the all-district First Team. The trio had the top three batting averages for the purple and white — Castilla at .483, Richards at .412 and Serna at .328. Castilla had a team-high 43 hits during the year. Stoughton said Richards used her speed to be a table-setter for the Lady Rattlers, as she posted an on-base percentage of .467. Stoughton also complimented Serna’s defense, saying her glove kept the team in “so many games.”

Sophomore infielder Jessica DeLeon and junior pitcher Kayli Saenz were both named to the Second Team. DeLeon had a pair of two-home run games in district play this season and finished the year with 19 RBIs while hitting from the cleanup spot. Saenz received five wins in district play, including one against Austin Akins that clinched a playoff berth for San Marcos. Stoughton said Saenz excelled at keeping her composure in tight games.

Junior infielder Lina Alvarez, senior outfielder Annaleah Lombardo and senior pitcher/infielder Bitsy Silva were all-district Honorable Mentions. Alvarez missed part of the season due to injury but made an immediate impact when she returned, hitting three homers during district play. Lombardo hit .281 during the year and Stoughton said her versatility from the left side of the plate allowed her to hit in multiple spots in the lineup. Silva led the team with 22 RBIs and made impressive defensive plays throughout the season, including three double plays.