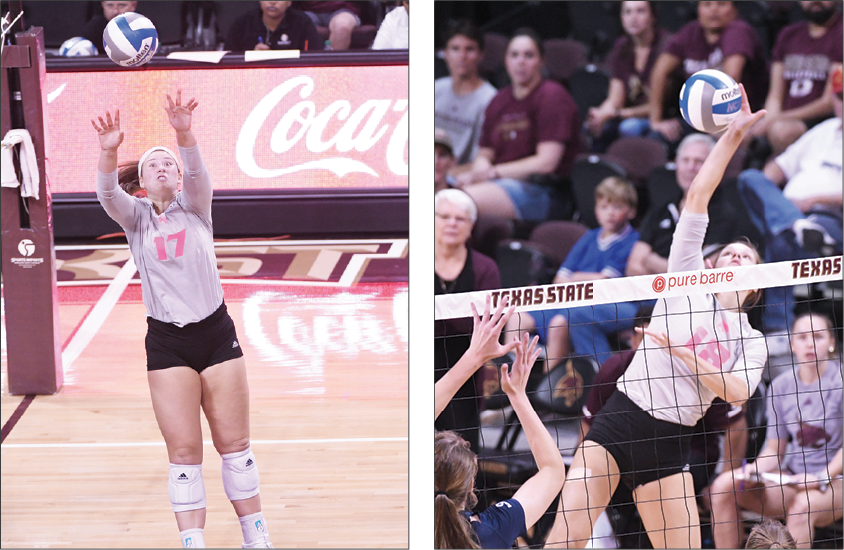 Sophomore Emily DeWalt was awarded her second consecutive Sun Belt Setter of the Week laurel on Monday, but was joined this week by outside hitter Lauren Teske, who received the conference’s Freshman of the Week honor.

Teske notched a career-best 14 kills against Coastal Carolina, and added another 11 against the Mountaineers. The redshirt freshman swung for a .328 hitting percentage and a 2.78 kills per set average.

This week marks the first time multiple Bobcats have received Sun Belt weekly recognition. DeWalt now has 13 total and two this season. Teske’s award is the first of her career. Teske is also the fourth Bobcat to earn a weekly honor this season, joining DeWalt, senior outside hitter Cheyenne Huskey, and junior middle blocker Tyeranee Scott.