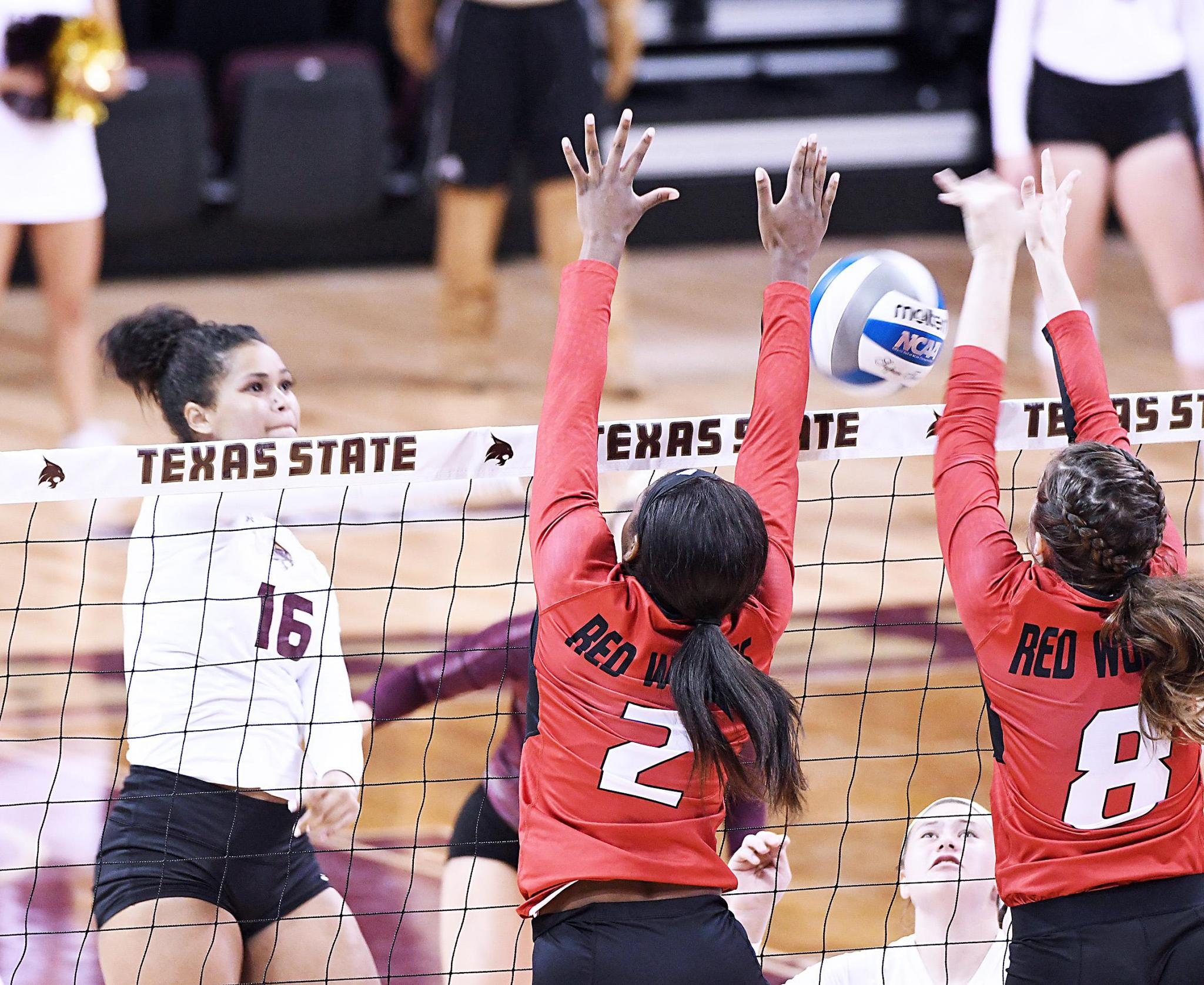 The Bobcats’ rollicking offense has hit a new level, turbo-charged during their eight-match win streak.

Over the first 10 games of the season, Texas State rattled off 471 kills, swiping down 13.08 per set. The attacks kept the Bobcats afloat with a 5-5 record, but they knew they had the firepower to do better.

The team kicked it up a gear and have been in overdrive ever since. During its current win streak, Texas State has nearly doubled up on kills with 439, averaging an extra three per set at 16.26. The uptick in production has the Bobcats firing at a .256 percent attack rate, good for 36th in the NCAA.

Freshmen Emily DeWalt and Janell Fitzgerald have been synergetic during the stretch and were recognized by the Sun Belt on Monday with the conference’s weekly awards.

DeWalt owns eight of the team’s 12 conference honors alone. The Sun Belt gave her both Freshman and Setter of the Week laurels for the third straight week and fourth time this season. DeWalt netted double-doubles in both of Texas State’s home victories this week against Little Rock and Arkansas State, dishing out 98 assists and dropping down for 24 digs between the two contests.

Fitzgerald is the third outside hitter to win Offensive Player of the Week for the Bobcats, along with senior Amy Pflughaupt and junior Cheyenne Huskey. They are the first trio to win the award from the same team since Western Kentucky did so in 2005. Fitzgerald notched a career-high-tying 18 kills against the Trojans and followed it up with 11 against the Red Wolves, hitting at .389 percent.