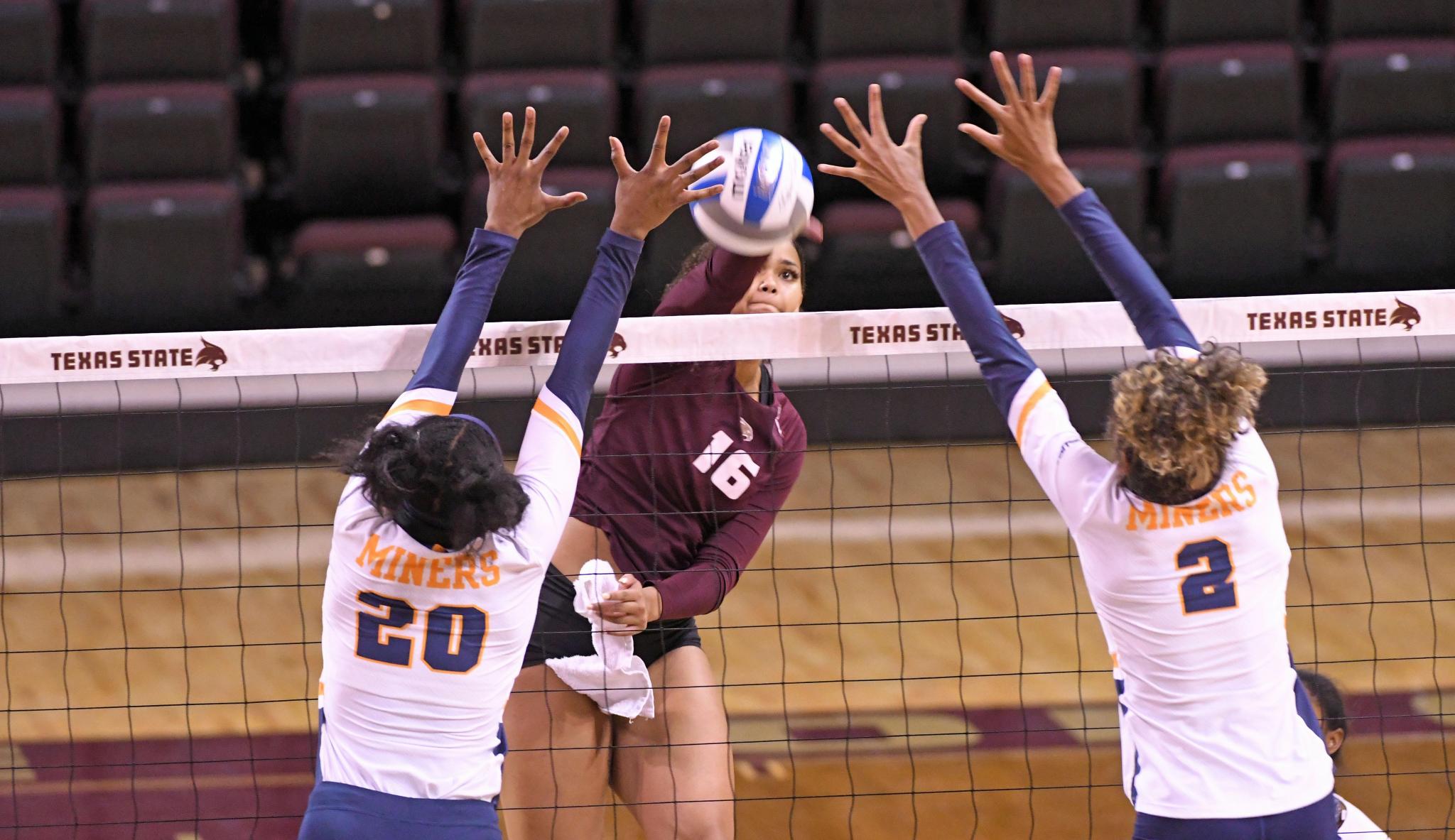 On the last point of the third set in Texas State’s Friday night home opener against the Miners, UTEP redshirt sophomore middle blocker Kenidy Howard served the ball to the maroon and gold side. Bobcats sophomore outside hitter Caitlan Buettner dug the ball out and junior Emily DeWalt set the ball up to Fitzgerald.

The junior outside hitter’s eyes peered toward the left side of the floor while she hung in the air. UTEP’s players adjusted, shifting in the same direction as her gaze. Fitzgerald’s stare never transitioned to the ball. Instead, she flipped it into a gaping hole of hardwood for a no-look kill, securing the 25-12 set win.

Watch the UTEP defense on this play. Everybody heading to the right side of the floor.

“My adrenaline's going really fast right now,” Fitzgerald said. “I don't know, it's just something different. A lot of people aren't really used to that ... they're used to the outside getting the most kills. And that shot is a lot different from going to your left, rather than going to your right.”

Fitzgerald’s point in the third set marked a noticeable improvement from the Bobcats’ offense in the first frame. The team earned a -.065 hitting percentage, its lowest mark in any set this season.

With the Miners playing in their first match of the year, Texas State didn’t know much about what to expect from the visitors. The hosts struggled to adjust in the first period, taking a 25-15 loss.

“We hadn't seen a block like that, a very strong block like that, in a while,” Fitzgerald said. “That was a lot (more) challenging. We had to mix up our shots a lot better. Their libero, (junior Hula Crisostomo) is great, so we had to move (the ball) around so it wouldn't go to her. There was just a lot of aspects on their side that we weren't really used to seeing but we eventually got it.”

Another issue for the Bobcats was a lack of depth. Head coach Sean Huiet said the team’s four true freshmen just got back into practice. Redshirt sophomore outside hitter Lauren Teske had been sidelined for 10 days due to injury but played all five sets on Friday. Four players — outside hitters Kenedi Rutherford and Courtney Heiser and defensive specialists Michelle Foster and Brooke Johnson — were with the team but did not suit up.

Foster and Johnson’s absences left Huiet with very few options in the back row. Junior Kayla Granado donned the libero jersey. Redshirt freshman Kayla Tello was the only other player who checked into the game listed on the roster as a defensive specialist. Huiet said Fitzgerald had been practicing at the position in case the team needed her there.

Buettner ended up being the main stopgap. The El Paso native finished the night totaling just four kills with seven errors on 33 shots but ended up leading the team with 17 digs, followed by Granado with 16 and DeWalt with 15.

“I told my (assistant coaches), Keith (Anderson) and Tori (Plugge), in the middle of the match one time, I said, ‘One of the greatest things about this right now is we don't really have a lot of options.’ I said, ‘One of the worst things right now is we don't have a lot of options.’ You know, I kept telling Caitlin, ‘You've got to figure this out. You did what you did last weekend and teams are now going to capitalize on that.’

“And she will openly tell you that's her hometown school, they recruited her, she knows people there. That freaked her out. But we need her to get that experience, we need her to feel that pressure because we're going to need that down the road in some big matches. And like I told her, I was like, ‘You blocked four balls, you dug 17 balls and you were off offensively, but you were doing other things for us. We'll try to work on the mentality side of that.’ And so, it was kind of crazy with not having a ton of options.”

The Bobcats fell into trouble late in the fourth frame. The hosts trailed 23-18 but used a 5-1 run to cut the lead down to one. A service error by Granado awarded the Miners the hard-fought set win, though, 25-23, and tied the match back up.

Texas State jumped out to a 6-1 lead to start the fifth. UTEP cut it down to four points at 12-8 and then again at 14-10. But DeWalt found Fitzgerald for the 20th time of the evening to score the final kill, earning the 15-10 set win and 3-2 match victory.

“I will take an ugly win over an ugly loss any day of the week,” Huiet said. “We've been battling some stuff and figuring it out and haven't had a whole team in a while, so we know it's gonna be a work in progress. So, I will take that win. UTEP is a very, very, very good team, they made us work for every point we got tonight. So I'm happy that we got the win but it's also showing us some things we need to work on.”

The Bobcats are now 3-0, the first time they’ve won their first three matches of a season since 2013. They’ll host the Miners (0-1) in the second leg of the weekend’s doubleheader on Saturday at 10 a.m.

“That's what we're gonna do in Sun Belt. You know, we're playing on Fridays at 11 (a.m.) Fridays at 6 (p.m.) and then the turnaround, play Saturday at 1 (p.m.) So we're trying to play as much back-to-back or least turnaround time pretty quick,” Huiet said. “I think the things that will be different then is we will have scouting reports, we'll know more about our opponents, we'll have seen matches. And so that will help with some of the stuff we're doing. But I think it will be good to get us ready for that.” 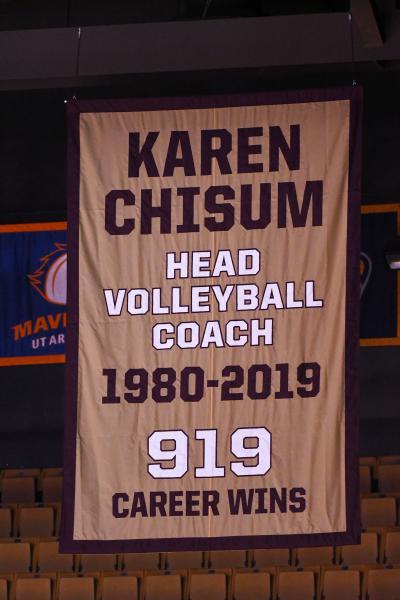