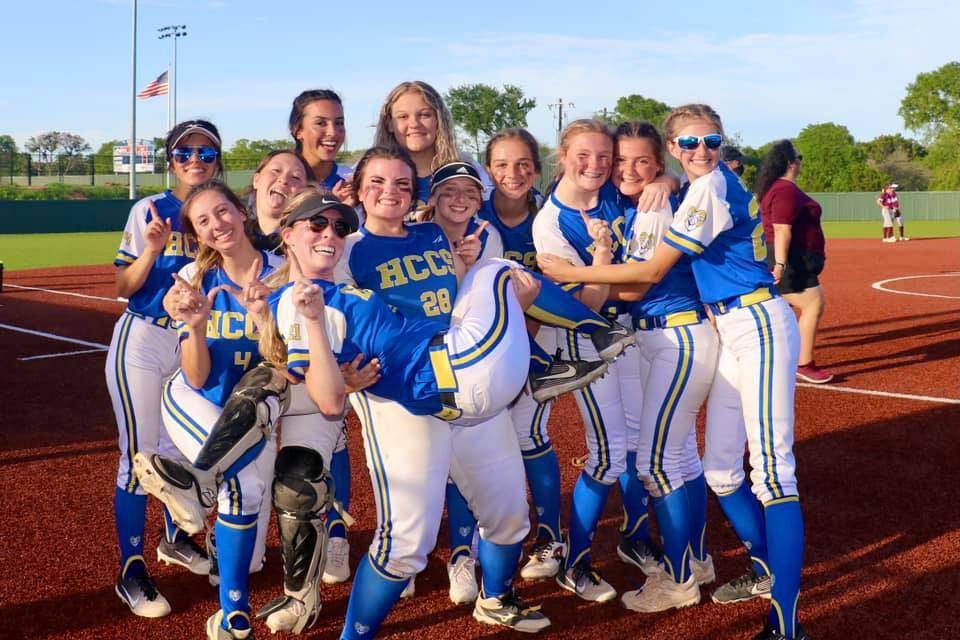 In the first inning, the HCCS fans cheered as the Lady Rams got three runs while holding Shiner to two. The game remained neck-and-neck as neither team scored for the next two innings.

Then in the fourth inning, HCCS took advantage of Shiner’s change up to a green pitcher and got five more runs. However, Shiner managed to get three more runs as they finished the bottom of the fourth.

Not wanting their season to come to a close, Shiner was determined to close the gap in the next two innings, but they only managed to play even with HCCS as both teams scored three more runs.

As the teams headed into the final inning, Shiner managed to limit HCCS to just one run. Then when they came up to bat they had their best run record of the day getting four runs in a single inning, but it was not enough to close the gap.

HCCS now advances to the state semi-final game on Wednesday in Waco where they will play Hallettsville Sacred Heart.

“Honestly, it’s an incredible feeling (to be going on to state),” head coach Matt Norman said. “The girls have put in so much hard work and dedication over the years. Not that the girls don’t [participate] in other sports, but we are a 1A school, and TAPPS makes 1A softball teams play in a division much larger than us, so we are constantly having to challenge ourselves to compete with 2A and 3A schools. It’s not an easy task.”

Norman credits the team’s success this season to his four seniors and the team’s tough schedule as they entered two tournaments to beef up their district schedule. So far this season, the Lady Rams have only lost one game.

As the team prepares this week to take on Hallettsville, they are focusing on their hitting as they know that Hallettsville has a string of good pitchers to rotate through. In order to win in the next round Norman said, “the girls will just need to keep playing the way they have been for the entire season.”

Wednesday’s South semi-finals game will be a challenge as the team that has come out of it has gone on to win the state tournament 12 times of the last 14 years.