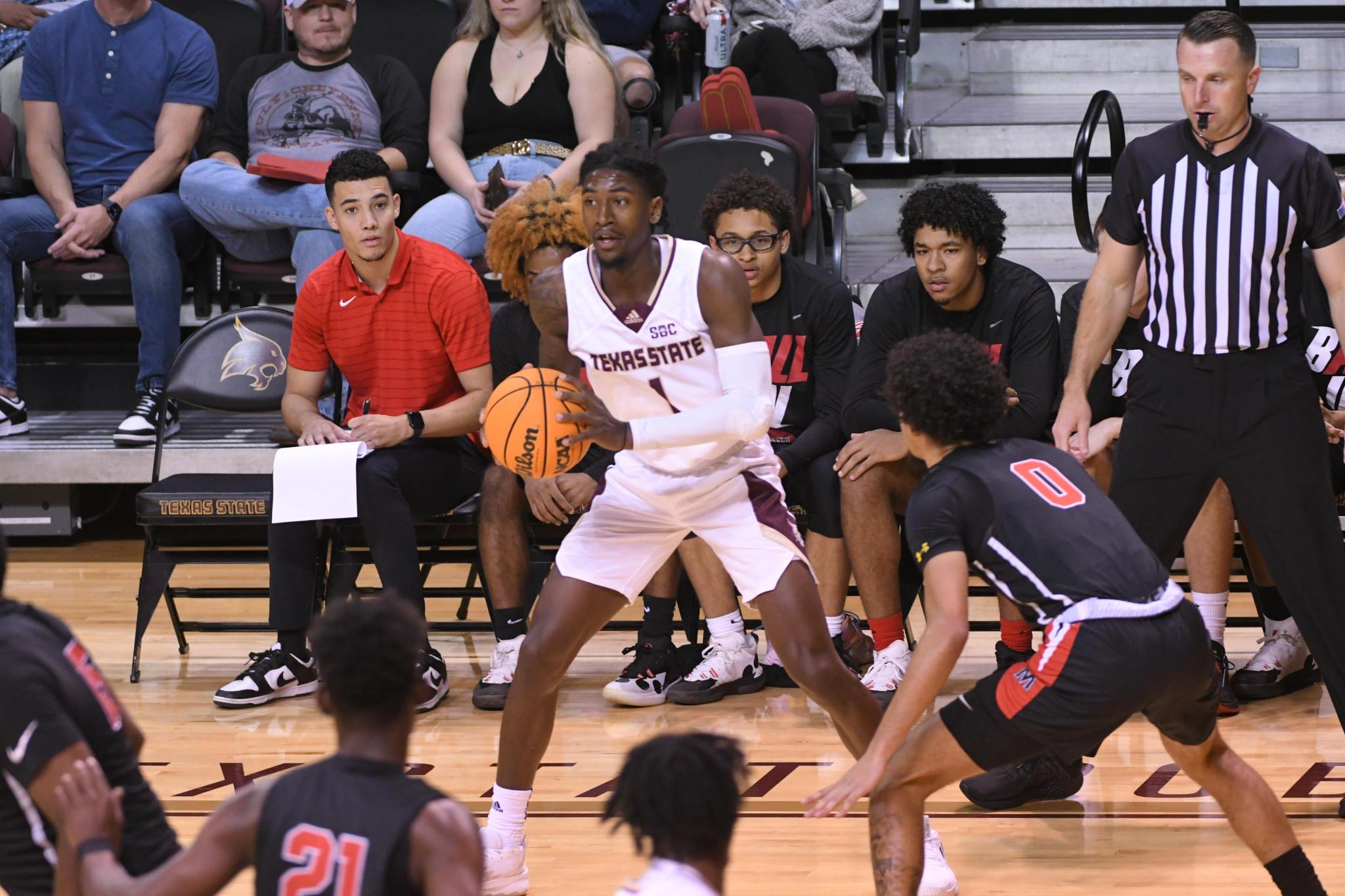 Monday marked a historic win for Texas State as the Bobcats downed California, 59-55, for their first victory over a Power 5 conference school since 1998. Above, Texas State junior guard Brandon Davis looks to shoot during the Bobcats’ game against Mid-America Christian. Daily Record photo by Gerald Castillo.

HISTORIC VICTORY: Bobcats take down Cal for first win over Power 5 school since 1998

Monday marked a big night for the Texas State  as the Bobcats took down the California Golden Bears in a 59-55 road win.

The victory was the first over a Power Five Conference school since 1998 when the Bobcats took down the Baylor Bears.

Head coach Terrence Johnson described Monday’s result over the Golden Bears as a well-earned win with the Bobcats finding out more about themselves every game.

“It was a hard-fought victory,” Johnson said. “I thought our guys came to play from start to finish. Obviously, that is a well-coached team and one that’s gelling, sort of like we are, and finding their identity.”

For Johnson, the Bobcats are taking the right steps forward as they progress through the season. Johnson said it was a team win alongside Harrell’s 21 points.

“I love the fact that my team took a step in the right direction tonight,” Johnson said. “Mason Harrell’s leadership is something that we can’t put a price tag on. Without him we wouldn’t be in these positions, but I thought it was a complete team effort.”

Their performances will be used as steps forward as Texas State travels off the mainland to the Hawaii Islands for the Patty Mills North Shore Classic.

“I’m proud of Tuongthach Gatkek for stepping up and giving us all that he had,” Johnson said. “Brandon Love stepped up and did what he did with both Nighael [Ceaser] and Nate [Martin] both being down. We’ll take it and as we get ready to head to Hawaii, it is great momentum moving forward.”

Texas State returns to play Friday as it takes on Southern Utah before battling either Hawaii/Sacramento State on Saturday.