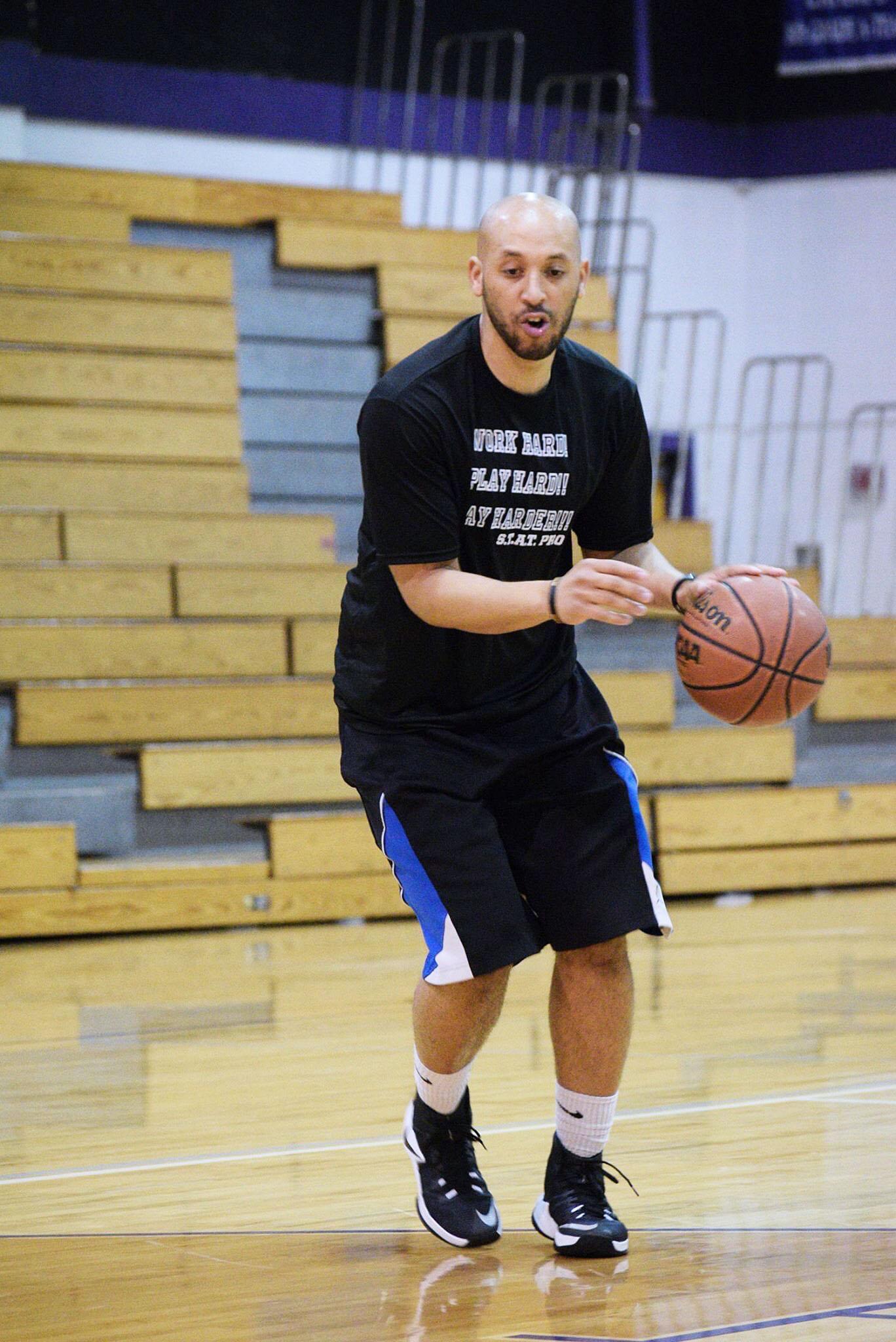 A father and mother to the game.

John and Brittany Hollmon have taken their elite basketball knowledge, bound with their educational backgrounds, and turned it into an organization of five elite travel teams inclusive of 8th to 11th-grade boys and girl’s teams. John, following his run in the American Basketball Association (ABA) and time spent overseas in China, made up his mind to start passing on his expertise to the next generation in and around the San Marcos area.

“I saw a lot of kids in the streets in China playing. There are coaches, and trainers, like over 100 kids just putting work in,” John said. “I played against a (6-foot-11) 16-year-old who signed a million-dollar contract. So I’m like, man, I see all these guys from foreign countries and I saw them playing at a high level and saw the growth they were having as well as how serious they were taking it and from then I said I’m gonna go back to the U.S. and start a program.’”

Brittany's path exemplifies the role of a student-athlete. The student always leads this phrase, which is why she began coaching at Lockhart by starting her own after school program, which she credits as the bridge that helped her “connect to the students in a better way.” This was following her stint as a former player at Texas State from 2007-2009.

“I always knew that I wanted to coach basketball and kind of be a mentor. That’s the one thing that got me to college and taught me so many life lessons,” Brittany explains.

Their roads were different but they merged to create teams of over 50 families and players. The two set up shop as full-time trainers. Now they, along with the rest of the world are being affected by the current outbreak of COVID-19. No more training, no gym access, and no more preparing the teams for a long summer of basketball from the end of spring to nationals in late July. Even in quarantine, John knows there are no shortcuts to improving your game and the learning that comes with times like this.

“This game to me is like a loved one. This game is like my father,” John said. “It raised me. Taught me discipline, communication, how to act right, stay straight and narrow, how to work hard. This game gave me life so it’s definitely more than just a basketball, its a connection, its a vehicle for life.”

This vehicle carries the next generation of kids for John and Brittany to mold into college athletes, so they have started online workouts for the players who really want to perfect their craft — drills focused on strengthening your weak hand, attacking the defender’s hips when you want to beat them off the dribble and shooting form.

“I think a lot of people can run through drills, but what John does a great job of is really breaking down the smallest details and making sure those are correct because that enhances each move no matter what we do,” Brittany said.

It may be online but the player development specialists find ways to make it interesting and educational at the same time. John goes as far as making his training sessions a literal game. A warmup for five to seven minutes, two halves, halftime and the team even has a designated player to call timeouts when he feels the athletes are getting tired. He holds everyone accountable as if the training was in real-time.

“To get to the next level it takes that mental toughness. They have to put in the work and that’s when they see their lives change. It’s not a quick fix, its not a 2-3 week process and then all of a sudden you’re an all-star,” Brittany said. “It’s every day being consistent and that’s what’s going to get you to the next level because at some point, the others who are not really serious, they do it for a week or two and drop off. But if you’re still at it you can pass them.”

As the virus starts to wind down, more and more barbershops, nail salons and gyms are starting to re-open within the upcoming weeks. But the founders of S.T.A.T. Pro continue to take the cautious approach before full-team workouts will resume.

“I can’t judge if it’s the right timing or not to go back to normal but I can say, as for S.T.A.T., we’re gonna wait,” John said. “We’d rather be safe than sorry when it comes to dealing with people’s lives. If one of my players or coaches or their families got exposed to the virus because of their participation with S.T.A.T., personally we couldn’t live with that on our conscience.”

With a late June, early July timetable for the team to reconvene, the sons and daughters of the organization will have to continue chasing their dreams of playing at the next level virtually. That’s where you’ll find the separation between who wants it more — when no one is watching.