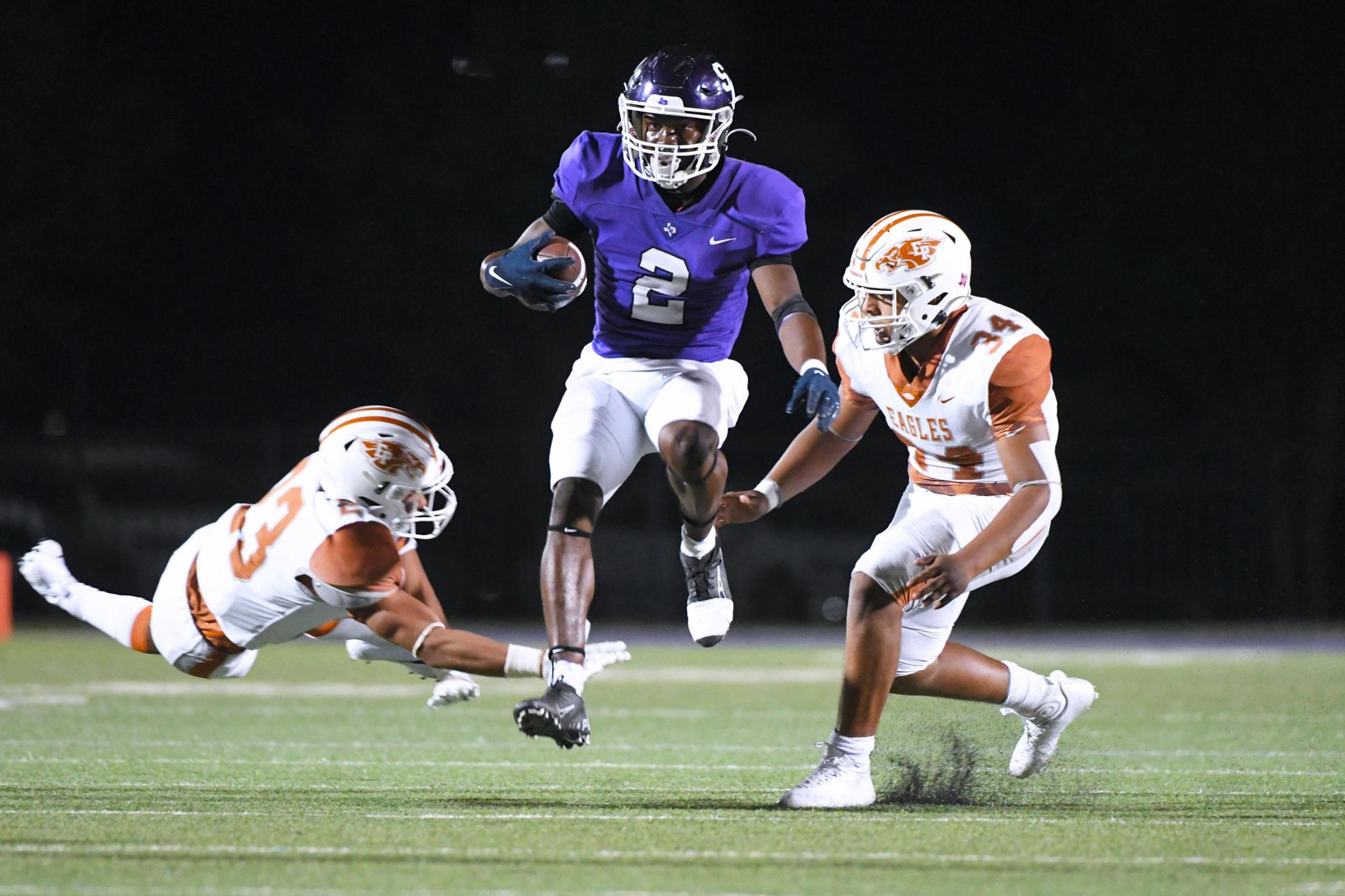 San Marcos’ homecoming was spoiled after visiting Eagle Pass completed an unexpected comeback Friday evening. A 20-point fourth quarter propelled the Eagles to victory after once trailing by 19.

The comeback was led by senior Eagle quarterback Issac Stanwick — who rushed for three touchdowns in the second half — with the last coming in the final minutes of the game to clinch the victory. Stanwick fueled the Eagles in the fourth as the Rattlers dealt with internal struggles including turnovers and penalties.

“What did we learn? Just (about) situations (and how to handle them), the first situation that went bad was before the half and that just put us behind,” Head coach John Walsh said. “So, we had an opportunity right there to really open it up. And then if we haven’t learned now, turnovers haven’t really been a problem, (but) they were definitely the problem at the end today.”

After entering the second half with a 19-6 lead, the Rattlers found that their biggest opponent was themselves. A pair of touchdowns were called back, and drives were stalled due to penalties. San Marcos also turned the ball over multiple times, letting the Eagles claw their way back into the game.

“We just got to finish drives and we just didn’t do that,” Walsh said. “I’ve gone in my bag of tricks at practice trying to figure it out and all my psychology that I know but at some point, you know, those guys got to own it up front and not hurt us.”

Despite the loss, San Marcos produced an efficient offense during the first half. They came out the gate strong — the first play of the game featured a 75-yard touchdown reception by junior receiver Tony Diaz. The defense also made themselves known forcing multiple fumbles and not letting up a scoring drive until halfway through the second quarter. Junior linebacker Lucious Herrera also found the end-zone on a scoop and score late in the third quarter.

“You know, sometimes, you can get a whole lot better from failure than you do from winning that game at the end,” Walsh said. “So (it) doesn’t feel good, but it’s our job to make sure we get better.”

The purple and white conclude non-district play with a 2-3 record. After next week’s bye, they’ll kick off play in District 27-6A with a visit from Schertz Clemens (3-1). A new district awaits them as they have two weeks to forget about the loss and prepare for the Buffaloes.

“Tough to give the message tonight, but I did tell him you know, we got an open week,” Walsh said. “It’s going to be a sour open week because (of) how we lost this ballgame. But you know, everything gets wiped clean, Schertz Clemens is a must-win for us and they just got to man up.”

San Marcos looks to learn from the loss and build off what they found successful. They hope the sting of defeat only makes them better as they prepare for their district opponents. The Rattlers won’t be back in action for another two weeks, and that’s when they’ll match up with Clemens at Toyota Rattler Stadium on Oct. 7 at 7:30 p.m. to kick off district play.