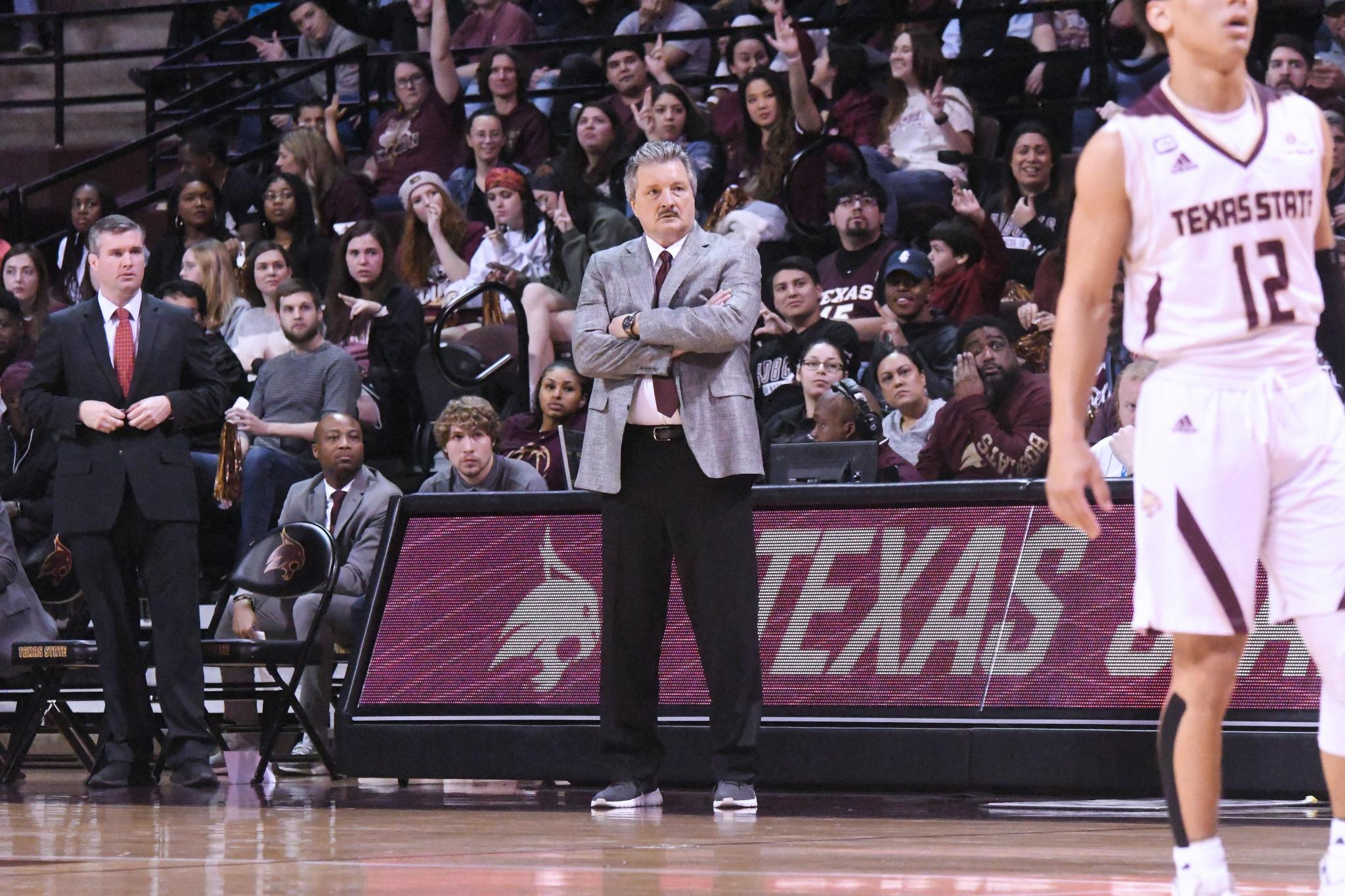 Director of Athletics Larry Teis announced in a statement the next day after Shead’s June 4 tweet that the school was launching an investigation, and while many have since spoken out publicly in support of both Shead and Kaspar, there have been no specifics on who will be interviewed for the investigation or how long it might take. The only detail Teis was able to share was that, at his request, the case is being handled by the university’s Office of Equal Opportunity and Title IX.

“We are responsible for investigating any complaint that involves any sort of discrimination, such as sex discrimination or race discrimination,” said Alexandria Hatcher, J.D., who serves as the school’s Title IX coordinator. “Any of those issues that come on our campus are brought to our office and we investigate them and do an investigative report and then disseminate those reports to the proper parties.”

Hatcher worked at Texas State for a brief period in 2018 and returned to the school in February. According to the university’s website, Hatcher oversees Title IX Compliance at the school, including the supervision of investigation operations, annual reporting, compliance training and statistical reporting. While Hatcher was not able to discuss the Kaspar case specifically — “Texas State University does not comment on active investigations” — she was able to shed light on her office’s investigational processes.

There are a few ways to trigger an investigation at the university. The most common is for a complainant to use the Title IX office’s web portal to directly notify it of any possible violations of the school’s policies. However, if a third party makes the Title IX office aware of a situation, such as Teis did, the office can act on its own accord without an official report.

Once the office interviews the complainant, in this case Shead, they give the respondent, in this case Kaspar, a notice of investigation, which consists of all the charges involved in the case. They also take a statement from the respondent and then ask for a list of witnesses from both parties.

The list can include character witnesses, but Hatcher said they don’t carry as much weight as those with a first-person account of what happened.

“When you're talking about character witnesses, they are just that, character witnesses,” Hatcher said. “Mostly, we look at witnesses who can speak on the actual event. So let's say someone has known this person for 20 years. But if they weren't here, if they were never here at the university, it's difficult for them to provide relevant information for the investigation.”

From there, the Title IX office begins interviewing the witnesses from both parties’ lists while also collecting any outside information that can corroborate either party’s side of the allegation, such as text messages, pictures, videos, etc. Hatcher said this process can take up to 120 days, depending on how many interviews are conducted and how much evidence there is to sort through, though most investigations typically range from 30-60 days.

At the end of an investigation, the Office of Equal Opportunity will make a ruling on whether or not the respondent committed the violations they were charged with and send out the findings.

“We do not determine the sanction … We only determine whether the person violated the policy,” Hatcher said. “If it's a student or whatnot, then, after we complete the investigation, we send out (the findings) to the proper party to assign the sanction. So it could be the (associate vice president) in their department, the director, the supervisor, whoever it would be, the sanctioning authority for that department, which is determined by our policies.”

Kaspar is an employee of the athletics department, meaning Teis will be responsible for the decision on sanctions based on the findings. The Title IX office does not publish their findings anywhere, though they can be obtained through an open records request.

Hatcher said the office tries not to have any influence over sanctions, but that department heads can ask questions as to how they came to a specific finding and what would be appropriate as far as sanctions are concerned.

“However, the sanctioning authority is the ultimate decision-maker on that end,” Hatcher said.