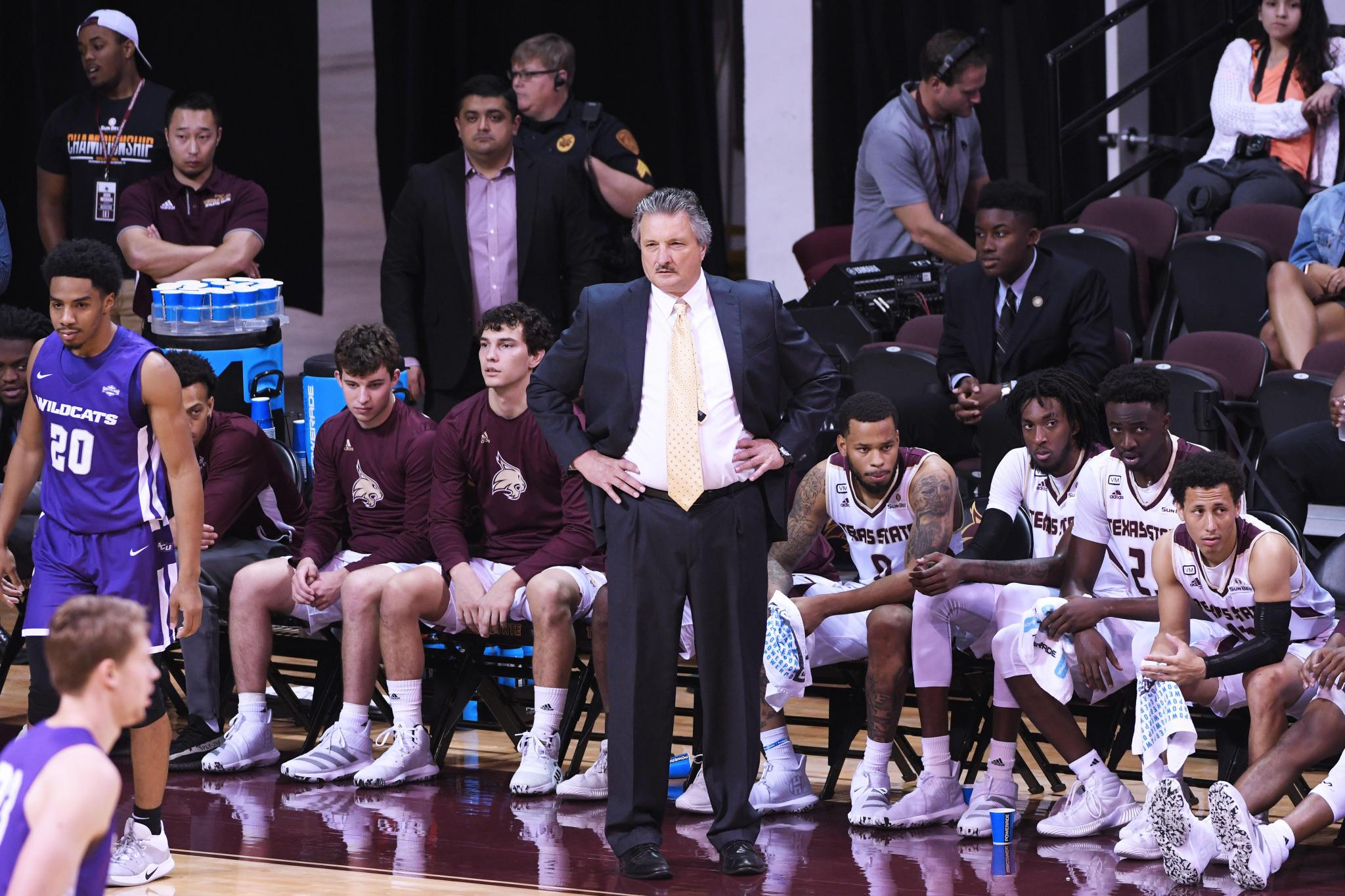 Former Bobcats speak out in support of Kaspar

“I can’t say that Jaylen or (former Bobcat Alex Peacock) or anybody who’s commented on Coach Kaspar’s words and statements, that how they view or get over them are wrong because they’re not,” San Miguel told the Daily Record in a phone interview. “And I know none of them have called him a racist and I don’t think that they feel that way. But you know, the outside world has labeled him, from what it seems like, to be this terrible, racist man. And I just want, I guess you’d say, both sides of the pancake to be seen.”

San Miguel joined Kaspar’s staff as a graduate assistant in 2015 and remained in that spot for three years. He spent the last two seasons as an assistant coach at Air Force. San Miguel said Kaspar has kept in touch during his time away from San Marcos and that the two have enjoyed a good relationship.

“Kaspar is very demanding and tough for sure,” San Miguel said in his statement. “But ultimately, he is that way because he cares and wants you to succeed on the court and in life after basketball. As an African American assistant working for him, I never felt that he was racist. No actions or words toward me made me feel that he was attacking me due to my color or race.

“If I had the opportunity to work for him again, I would not hesitate to join his staff! If I felt, he was a racist there is no chance that I would consider that, nor would he want to be so involved in my life.”

Multiple players said they felt Kaspar’s coaching tactics are “outdated.” However, nearly all of the players said they believe Kaspar is not racist, or that to call him racist would be “extreme.” Many of them pointed out how the head coach helped them after their time at Texas State.

Josephs said that during his exit interview after the end of the 2016-17 season, he informed Kaspar he intended to transfer to another school. Kaspar called Texas Lutheran later in the same day to set up a visit for Josephs, who ended up playing for the Bulldogs for two seasons. Both Montalvo and the anonymous player noted that Kaspar gifted them a sports coat after they graduated to wear to job interviews.

“Being one of the first college graduates in my family it is one of the most precious gifts I’ve ever received,” Montalvo wrote. “He is a kind man with a GREAT soul and huge heart, I wanted to make sure everyone else hears that.”

The statements echo those of a dozen former players that Kaspar coached at Stephen F. Austin, who released a similar document on Friday, as first reported by Caleb Beames of KTRE.

Texas State Director of Athletics Larry Teis said Friday he is aware of the accusations made against Kaspar and that the university has launched an investigation through the Office of Equal Opportunity and Title IX. A school spokesperson confirmed that Kaspar is not allowed to comment while the investigation is open.

San Miguel told the Daily Record that while he doesn’t believe Kaspar ever made any comments with ill will, the head coach does need to be more mindful of the things he says to anybody, regardless of race.

“I personally never felt like (Kaspar’s comments) were harmful to me,” San Miguel said. “Now, granted, I wasn’t a player. I was a coach. So those are two different roles there. And my mentality and mindset behind things is 110% different from anybody else’s.

“No one should ever feel or be put in a position to where that they are scared to come forward and have a conversation or, you know, feel that way … Also, though, you know, taking apart the comments and just knowing that Coach Kaspar, in probably every sense of those comments, was either trying to joke with the team or paint a picture for the guys to understand either ‘Hey, we got to do better in the classroom,’ or, you know, obviously not be insensitive to how they are feeling. So I don’t think for a moment that he would have ever thought that his statements were intentionally trying to be hurtful or mean.”