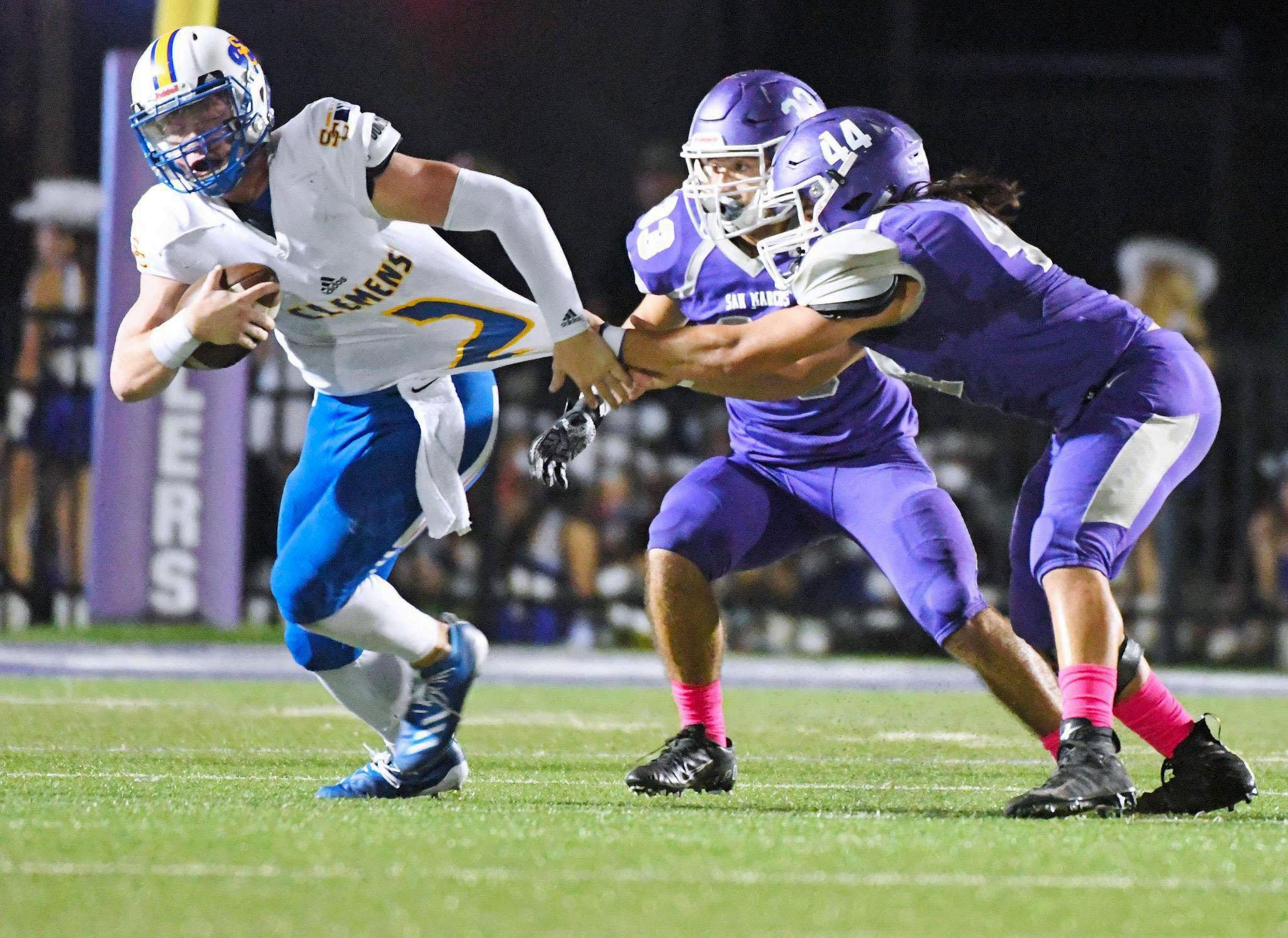 San Marcos’ reshuffling of its 2020 schedule resulted in the addition of a road game with former District 27-5A opponent Lockhart in week two of the season.

A tight playoff race came down to the final game of the 2015 regular season. A 13-point Lockhart loss to San Marcos, combined with a loss by Alamo Heights, would give each team a 5-3 district record and secure postseason tie-breakers for the Lions and Rattlers. The Mules lost to Kerrville Tivy 71-57. Down by 11 with two minutes left in the game, the Lockhart offense intentionally dropped the football inside their own end zone and allowed the San Marcos defense to recover for a touchdown, extending the lead to 18 points and earning playoff berths for both teams.

This year’s game will feature entirely different squads. Lockhart went 6-4 overall in 2019, including a 4-3 record in district play, before losing in the first round of the playoffs to Pflugerville Weiss. The Lions will bring back 17 lettermen in 2020, including 11 starters — seven on offense and four on defense.

Quarterback Jackie Edwards Jr. was productive as a dual-threat, racking up 821 passing yards, 616 rushing yards and 11 total touchdowns, and will be back for his senior season. He’ll have one of his favorite targets returning in senior wide receiver Robert Branch, who caught 17 passes for 377 yards and four scores and could see time in the backfield. The offensive line should also look solid with senior Richard Moya and junior Andrew Lakomia up front.

The defense is fairly inexperienced but brings back big-time playmakers like senior inside linebacker D.K. White, with 61 total tackles and one sack, and junior defensive back Jesael Batres, with 30 tackles and one interception.

The Rattlers are scheduled to visit the Lions in Lockhart on Oct. 2 at 7:30 p.m. Dave Campbell’s Texas Football Magazine expects Lockhart to make the playoffs again this season, predicting the team to finish fourth in District 15-5A Division II.