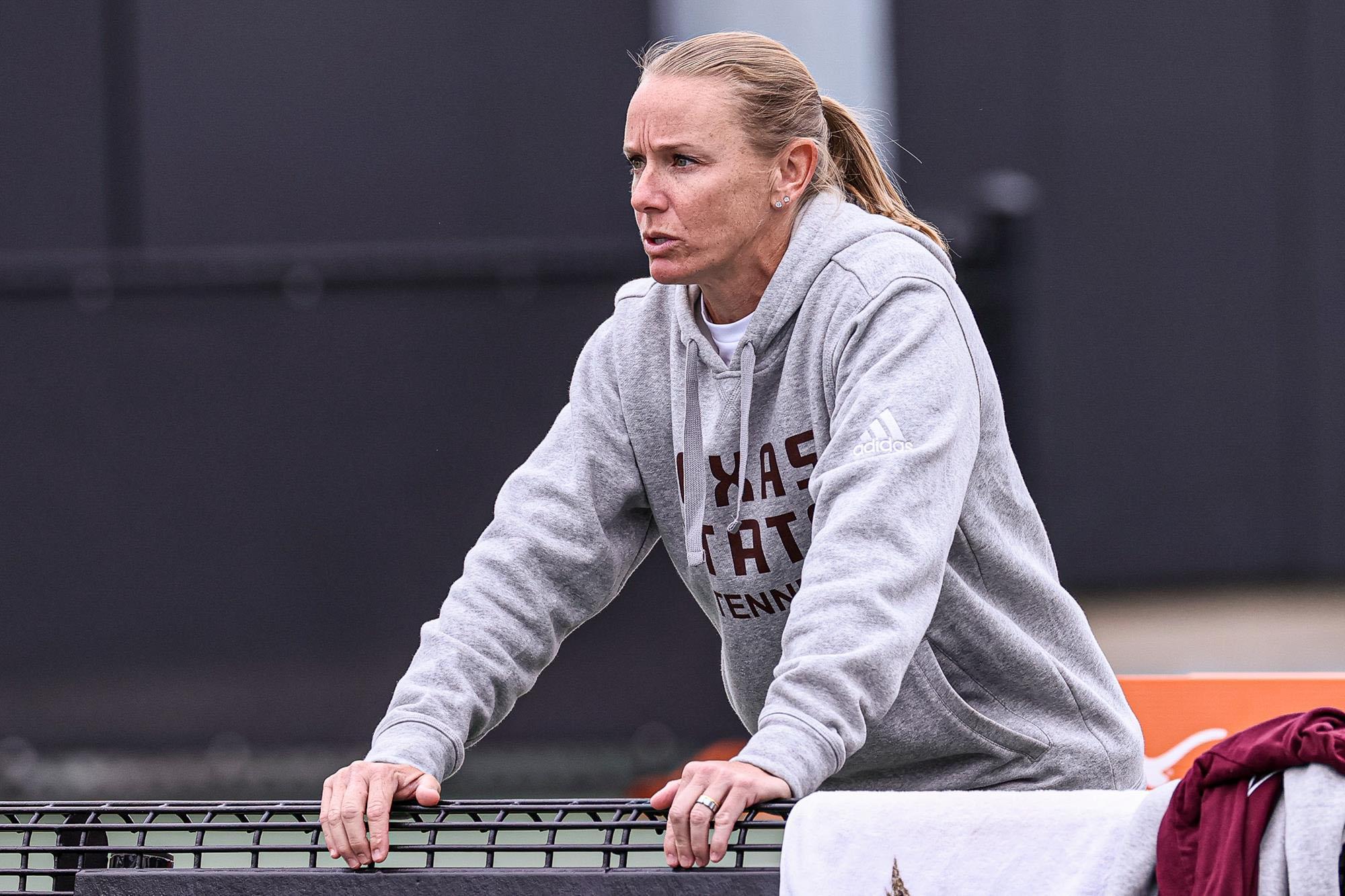 Texas State named Kendall Brooks as its next head tennis coach on Thursday.

Brooks served as an assistant for the Bobcats the past two years under former head coach Tori Plunkett, who retired at the end of the 2021-22 season after 19 years at the helm for the maroon and gold.

“I’d like to thank (Director of Athletics) Don (Coryell) and (Executive Senior Associate Athletics Director of Internal Operations) Tracy Shoemake for believing in me and giving me the opportunity to lead the Texas State women’s tennis program and to stay here at home as a Bobcat,” Brooks said in a statement. “I am thankful to my family for supporting this journey, as well as Coach Plunkett for bringing me on board two years ago and showing me how special San Marcos is. There is a renewed energy and vision for the athletic department, and I am excited to remain a part of that. I truly believe we can be successful, and I am ready to get to work towards building a championship culture and competing for Sun Belt Conference titles.”

Brooks was initially brought on Plunkett’s staff as a volunteer assistant during the 2020-21 season before being promoted to a full-time role the next year.

Before joining the Bobcats, she was an NCAA Division II head coach for St. Edward’s from 2013-20, winning a Heartland Conference championship in 2019. The Hilltoppers were 93-53 under Brooks, earning five NCAA tournament bids.

“We are honored to have Coach Brooks as the next leader of our women’s tennis program,” Coryell stated. “She has a familiarity with the program and Texas State but also a strong vision for the future. And what excites me about that vision is it’s fed by her championship background and proven ability to take teams to the postseason and earn national rankings. She is also highly respected throughout collegiate tennis and her deep recruiting ties in the state of Texas will lift the program in the long-term. I know her leadership and integrity will benefit the student-athletes and take Bobcat tennis to new heights.”

Brooks played tennis at Texas Tech from 2000-04 and worked as a graduate assistant for two seasons immediately afterward. She was also the Director of Junior Development at the Austin Tennis Academy for seven years before being hired at St. Edward’s

The Corpus Christi native will now look to retool a Texas State team that went 6-16 overall and 2-8 in Sun Belt play in the 2021-22 season.

“I am so excited for the Texas State tennis program,” Plunkett stated. “With Coach Brooks at the helm, the future looks bright. Kendall is a great coach and has had much success in the college arena, and I know she will bring that success to Texas State.”