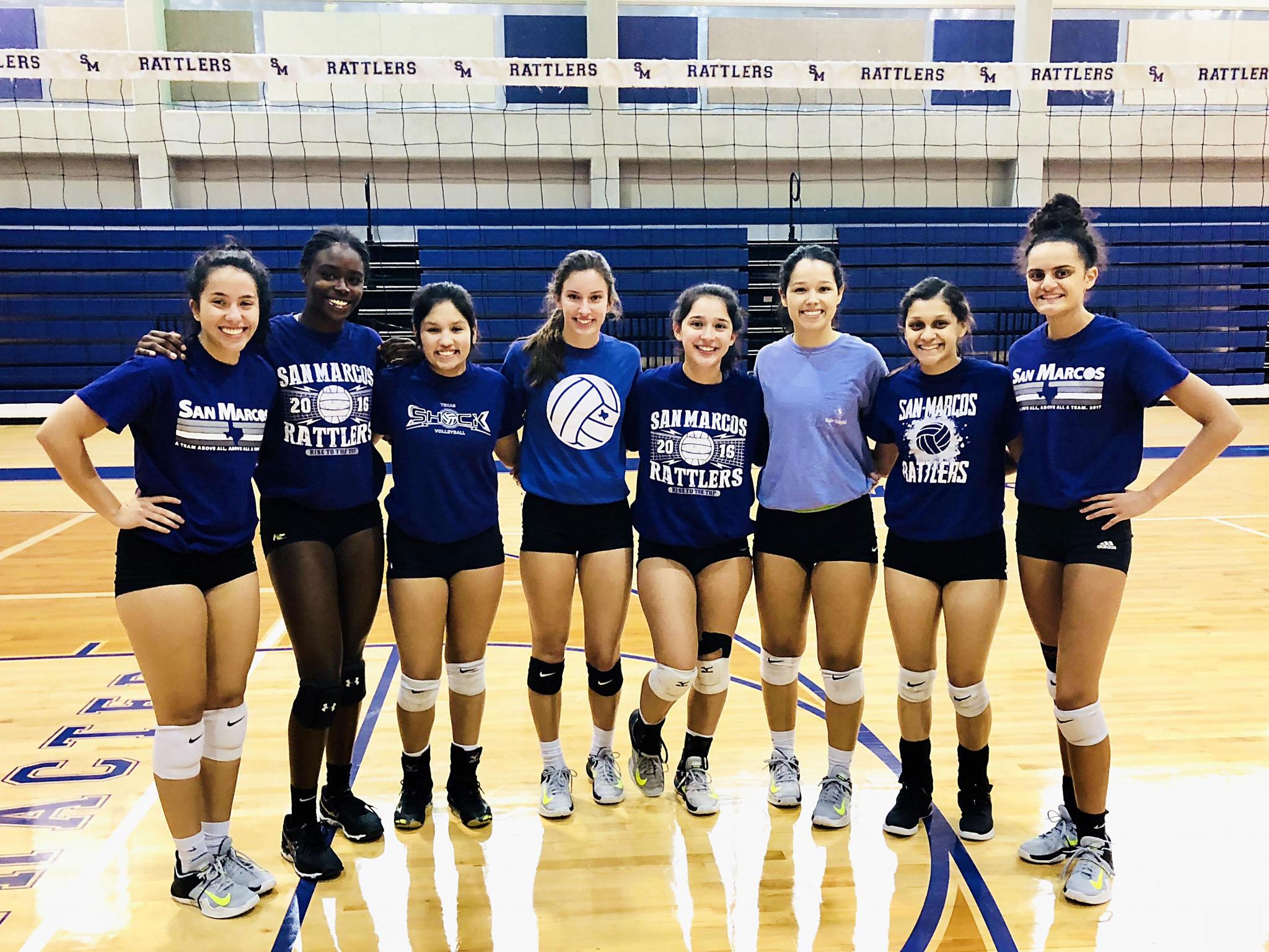 The 2017 San Marcos volleyball team added one more accomplishment to its resume.

After finishing the season with a 25-16 record and making an appearance in the playoffs, the Lady Rattlers were one of 976 teams to earn the American Volleyball Coaches Association Team Academic Award.

"I am once again with my team and this outstanding accomplishment, it shows their discipline and drive to excel in the classroom,” head coach Michelle Moreno said. “They make their academics a priority and take pride in making high grades in their classes.”

The AVCA awards teams who earn a cumulative team GPA of 3.30 on a 4.0 scale. This year’s honor marks the sixth consecutive season San Marcos has been recognized, as the team recorded the school’s highest GPA at 3.7.

“This isn't easy to do for anyone, but especially those who play varsity sports on top of their heavy school load and busy schedules,” Moreno said. “Again, very impressive and I'm extremely proud of their commitment to putting the student first in student-athlete."

Many of the team’s seniors will head to college in the next year, including Hayley Schlather (Texas State), Deanna Smith (Austin Community College), Rakiaya Campbell (North Texas), Juliana Natal, who will attend dental school, and  Taylor Henderson, who will play volleyball for the Blinn College Buccaneers. Jacibe Magana enlisted in the Navy and is currently in boot camp in Great Lake, Illinois.

San Marcos takes on Bastrop and Wimberley at home in a double header on Tuesday beginning at 4 p.m.