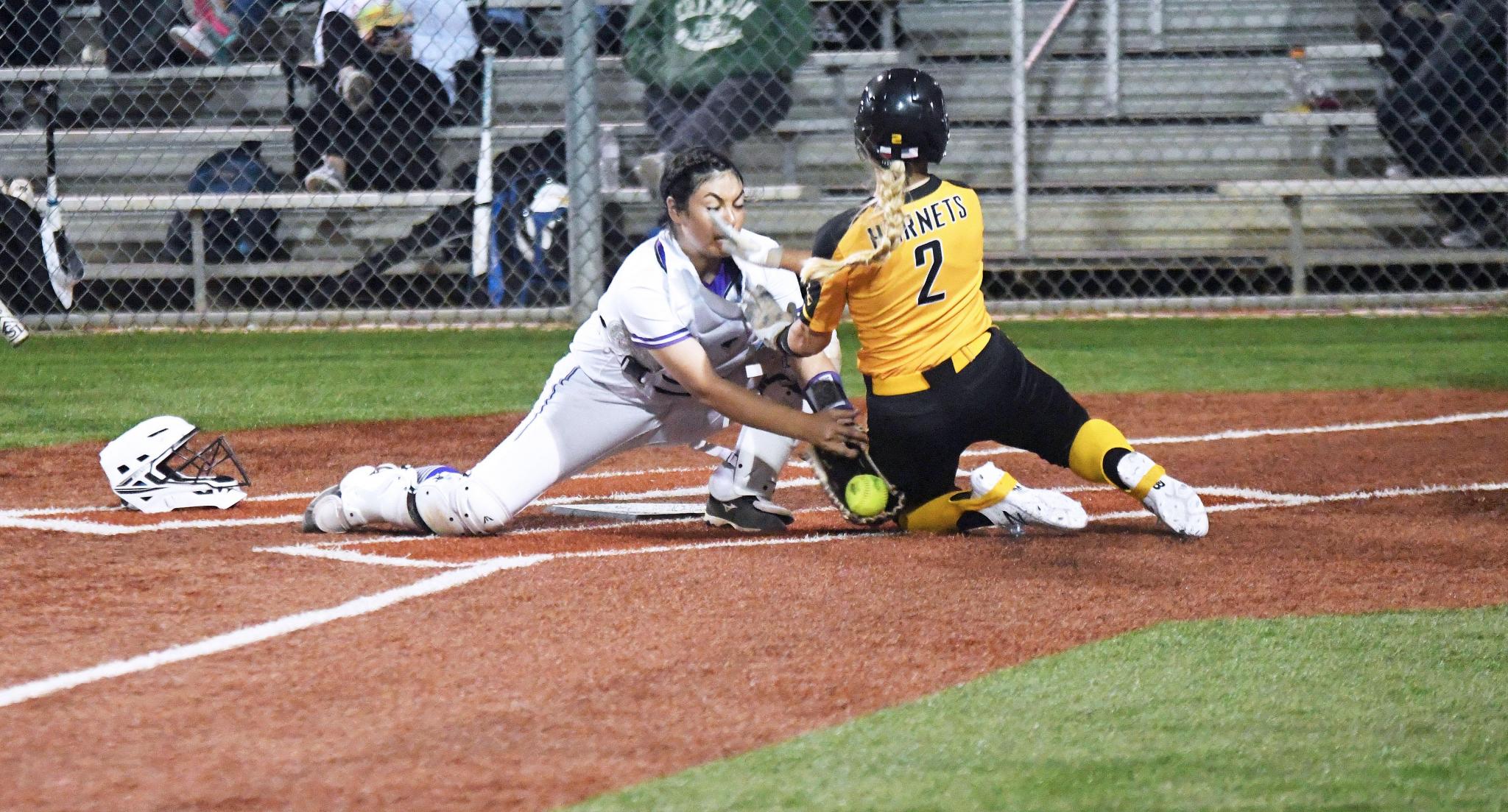 The Lady Rattlers gave up three consecutive walks before the visitors got a chance to show off their power at the plate. Three times during the game, East Central connected on a pitch that made contact with the wall before hitting the ground. The power hitting of the Lady Hornets resulted in nine runs in the first two innings.

After trailing 9-0 after two, head coach Cathy Stoughton believed her players were pushing for the big hit, which hindered their success in the batters box throughout the game.

“I think once we gave up the four runs in the first inning and then we went three up, three down and then we gave up the five in the second inning, you (could) see that,” Stoughton said. “One thing I see in our hitters is they feel like they need to do it all themselves. And we chased some pitches that were uncharacteristic of us. I think that we pressed.”

“And even though we had a tough loss tonight, I think they realize all the positives that come out of it and realize we just got beat.”

One of the positives came in the third inning, when East Central's junior hitter Veronica Garcia let one fly —  again heading toward the warning track —  but freshman center fielder C.J. Castilla caught it on the run. Castilla then demonstrated her arm strength with a dart home, allowing her catcher to lay down the tag at the plate which saved a run.

The Lady Hornets were walked to start the top of the fourth, followed by a single on a fielder's choice. With runners in position to score, the next two at-bats resulted in RBIs and secured the run rule for East Central in the fourth inning.

San Marcos will take a one-game break from district play to take on Bastrop on the road this Friday at noon. Stoughton said she was pleased with her team's demeanor and how she sees this year's loss is different from years past.

“I'm very confident in how they played. I'm also very confident about what I saw from my team after the game and during the game as far as composure, attitude and disposition,” Stoughton said. “Last year we looked very deflated, the first game. This year it was not that way. This group of kids is special.”