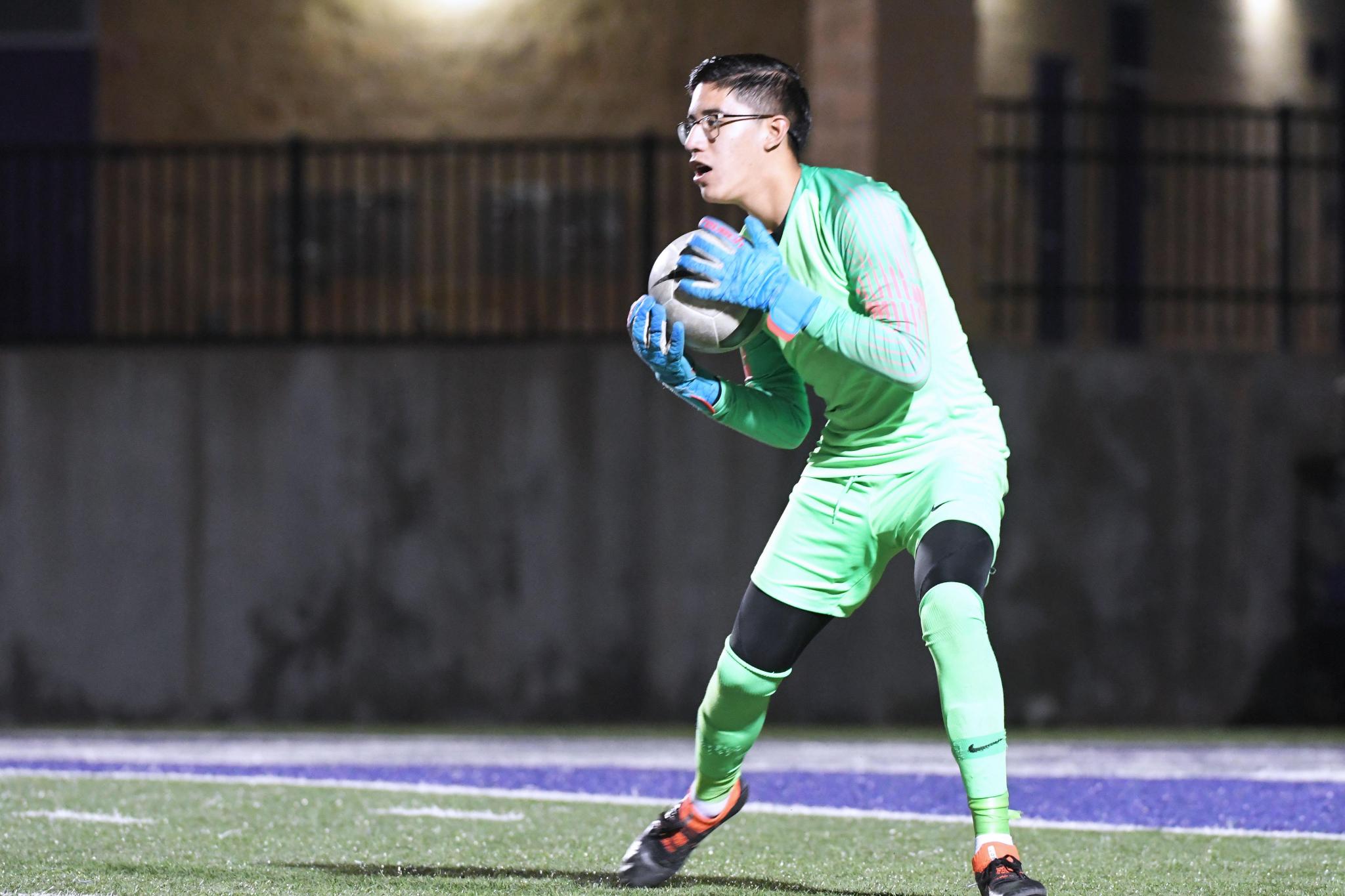 The Rattlers (5-5-2, 2-0-1 district) scored six goals in two of their opening matches of the district season, winning both games. But Friday night’s contest with Cibolo Steele (4-4-3, 1-1-1) inside San Marcos Toyota Rattler Stadium threw the team off a bit. The scores didn’t come as often, with neither side finding the back of the net during the first half.

The hosts eventually broke through in the second, but couldn’t hold off the Knights from scoring an equalizer just before the final buzzer, resulting in a 1-1 draw.

“They were a good, scrappy, aggressive team. They were a good team, so hats off to them,” head coach Lisa Mazur said. “The goalie was the difference, their goalie did a great job. I'm so proud of my kids, they work, they work.”

San Marcos got multiple chances at goal throughout the first half, but nearly all of the team’s shots were saved by Steele’s goalkeeper.

The Rattlers finally snuck one past him early in the second period. The purple and white backfield sent a long through pass up to junior Giovany Villareal, who beat his man to the ball and charged toward the right side of the box. Villareal stopped the ball on a dime, shook his defender and sent a pass middle to junior Melvin Molina.

Molina squared up to the goal and buried the ball into the left side of the net for the first score of the game.

“It was nice. He just finished, which is what he's known for doing,” Mazur said. “It was gonna have to be something that we had to finish hard because that goalie was really good.”

The match got more physical as it wore on, but San Marcos continued to pester the Knights’ goalkeeper with shots while disallowing any goals on the other end of the field. Freshman goalie Chris Guerra made two diving saves with less than 10 minutes on the clock to keep the hosts in front.

But with 1:22 remaining, Steele was awarded a free kick just outside the hosts’ box. The visitors passed the ball to an open shooter, who made the game-tying score.

“The guy was unmarked and he shot a far shot,” Mazur said. “I actually thought it was going over and it just dipped down.”

Neither team scored again before the end of the 1-1 draw.

The tie keeps the Rattlers undefeated in district play and tied with New Braunfels for second place. San Marcos will host first-place Schertz Clemens (10-1-0, 3-0-0) on Tuesday at 7:15 p.m.