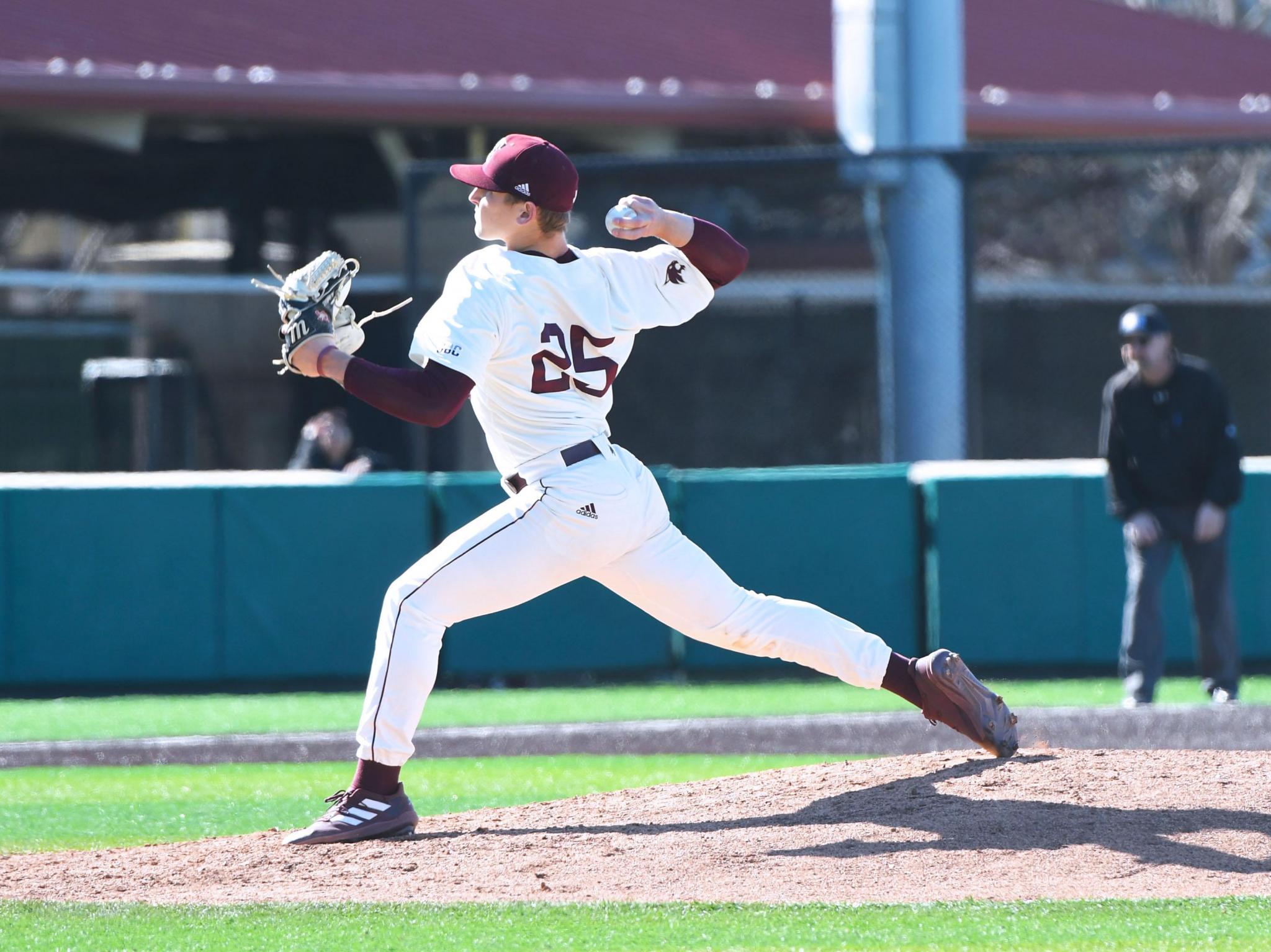 Texas State sophomore right-hander Levi Wells was named the Sun Belt Pitcher of the Week for the second time this season, the conference announced on Tuesday.

The La Porte native helped the Bobcats clinch their road series against Louisiana-Monroe on Saturday in a 9-1 victory, fanning a career-high 10 batters while surrendering just one hit, one walk and no runs across six innings. Wells received the win on the day, improving to 6-1 this season.

Wells is second in the league with a 2.42 ERA — fellow maroon and gold RHP Triston Dixon is No. 1 with a 2.00 ERA. Wells also ranks top-five in the Sun Belt with 67 innings pitched, 18 earned runs allowed, 65 strikeouts and an opponents’ batting average of .195.

It’s the second time this year the Texas Tech transfer received the Pitcher of the Week honor, the first time coming on April 5. Wells is the first Texas State pitcher to earn it multiple times in a single season since Scott Grist did so in 2015. It’s also the sixth time a Bobcat has won a weekly award this season and third time by a pitcher.