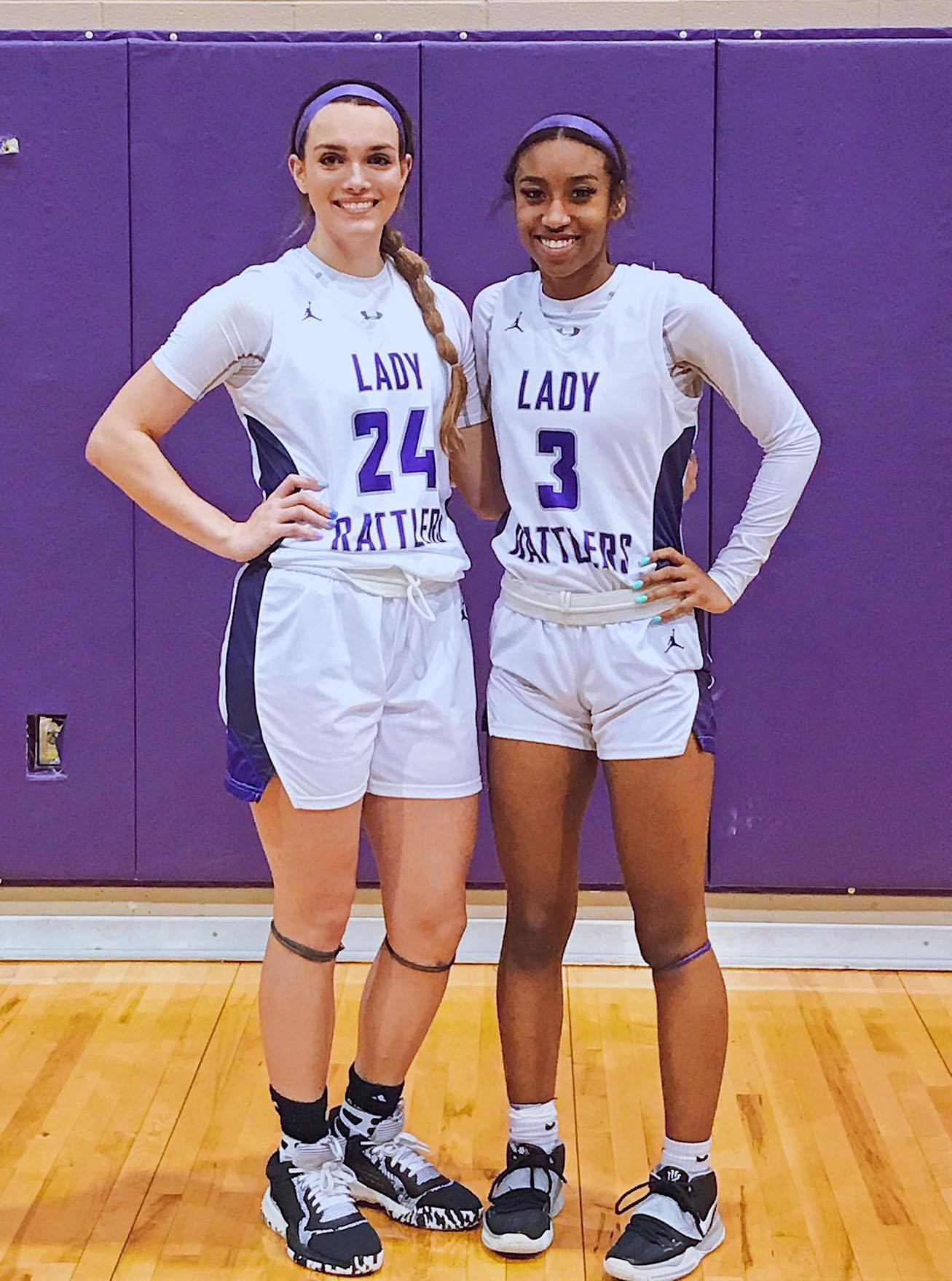 On Thursday morning, seniors Faith Phillips and Kayla Presley were selected as nominees for the south region of the McDonald’s All-American game.

The team is made up of the top boys and girls high school players around the country playing against each other in a 24-player All-Star game sponsored by McDonalds. Getting a nominated to the event out of thousands of young athletes is a prestigious honor in itself and both Phillips and Presley get to take part in selection day.

This comes after an impressive senior season for the two stars of the Lady Rattler program. The two all-district performers remained leaders after facing a two-week shutdown only a game into the season. After both joining the 1,000-point club the seniors turned to team accolades instead of individual ones by snapping the playoff drought for San Marcos, ending the regular season on a five game win streak. And when it came to the postseason, they dazzled the San Marcos crowd in their last home game by scoring 31 of the teams’ 37 total points in a 42-37 loss to Cedar Park Vista Ridge.

Phillips will continue to build up strength and durability for her collegiate career starting next fall at St. Mary’s University in San Antonio. Presley has yet to make her college decision but holds offers from Mary Hardin-Baylor and Texas A&M-International and with a whole offseason for recruiters to watch golf and talk to recruits, more schools will be on her trails.

Now the future college athletes must wait for selection day where the final cuts take place. The final roster will consist of a 48-team roster with a combination of boys and girls from each region of the country. Selections for the team will be released later in the month. Although there is usually a McDonald's All-American game, like last year, McDonald’s has decided to cancel the game due to the coronavirus.