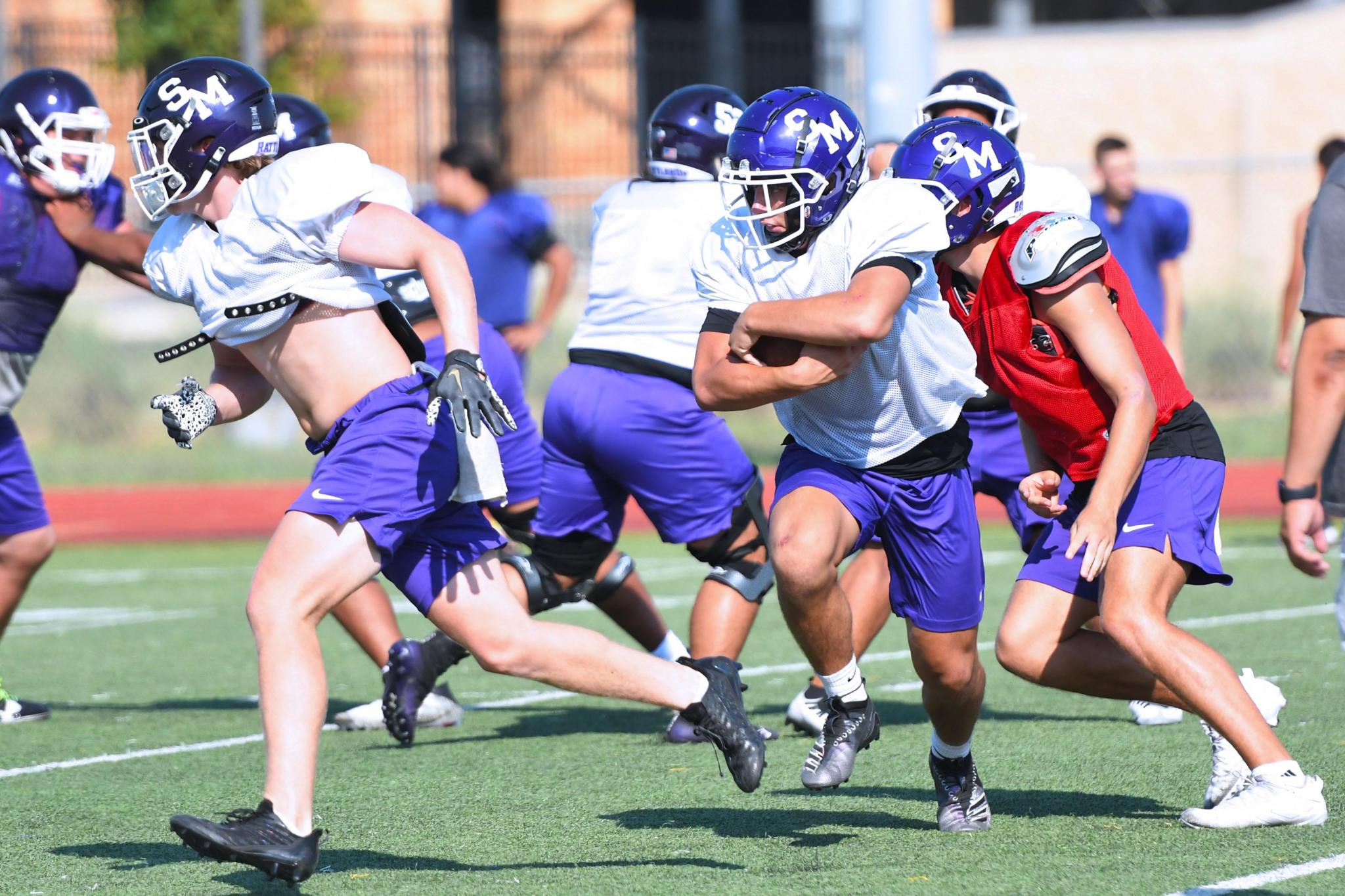 The Rattlers are coming off an explosive offensive breakthrough against Laredo Alexander where the purple and white put up 65 points. San Marcos’ passing game finally opened up, with senior quarterback Isaiah DeLeon connecting with talented junior receiver Tony Diaz twice in the endzone over the course of the game — including a 60-yard touchdown pass to open the matchup.

The purple and white have been looking to get Diaz more involved all season.

“We’ve gotta get better at passing the ball,” head coach John Walsh said on Sept. 2. “It’s from everybody. You know, we’re either not protecting, (we’ve had drops), but Tony Diaz has got to have the ball in his hands. It’s up to us as coaches and our offensive unit to get it done. If I’m him I’m frustrated. But, you know, I think if we’ve gotta work on something next week — (it’s) get Tony (Diaz) the ball. I know I said that last week (and) we didn’t do it, so I gotta figure (it) out.”

Diaz had an incredible touchdown catch mossing a defender with one foot in bounds in the corner of the endzone during the purple and white’s 42-41 loss to San Antonio Wagner in week three, but Diaz truly got involved during last week’s rout of Laredo Alexander. Chunk yardage and multiple touchdowns for the junior is the type of production the Rattlers have been yearning for.

San Marcos will look to continue their production in the passing game against their first undefeated opponent of the season in Eagle Pass (4-0). While the Eagles may have not played the same level of competition as the Rattlers during the start of their season, it’s still difficult to be undefeated at any point of the year, let alone four weeks in.

The Eagles have outscored their opponents by a combined score of 191-48. Their only close matchup was a 35-27 contest in week two with 5A counterpart Boerne-Champion. Eagle Pass’ offense is led by left-handed senior quarterback Issac Stanwick. Stanwick has thrown for 892 yards on 60-88 pass attempts averaging 223 yards per game and 15 yards per reception. Stanwick has also been a force on the ground for the Eagles, averaging 67.3 yards per game and 7.3 yards per carry on 37 rushes in 2022.

Stanwick isn’t the only weapon for the Eagles’ offense though, the Rattler defensive front will have their hands full containing senior running back Thomas Mares. Mares is averaging 164 yards a game and 10.4 yards per carry on the ground through his first four games. Mares also has big play ability, pulling off a 47-yard scamper earlier in the year.

The Rattlers will look to end their non-district slate with a win and a winning record when they match up with the Eagles on Sept. 23 at 7:30 p.m. at Toyota Rattler Stadium in San Marcos. The purple and white are hoping to go into play in District 27-6A with momentum and their first win streak of 2022.