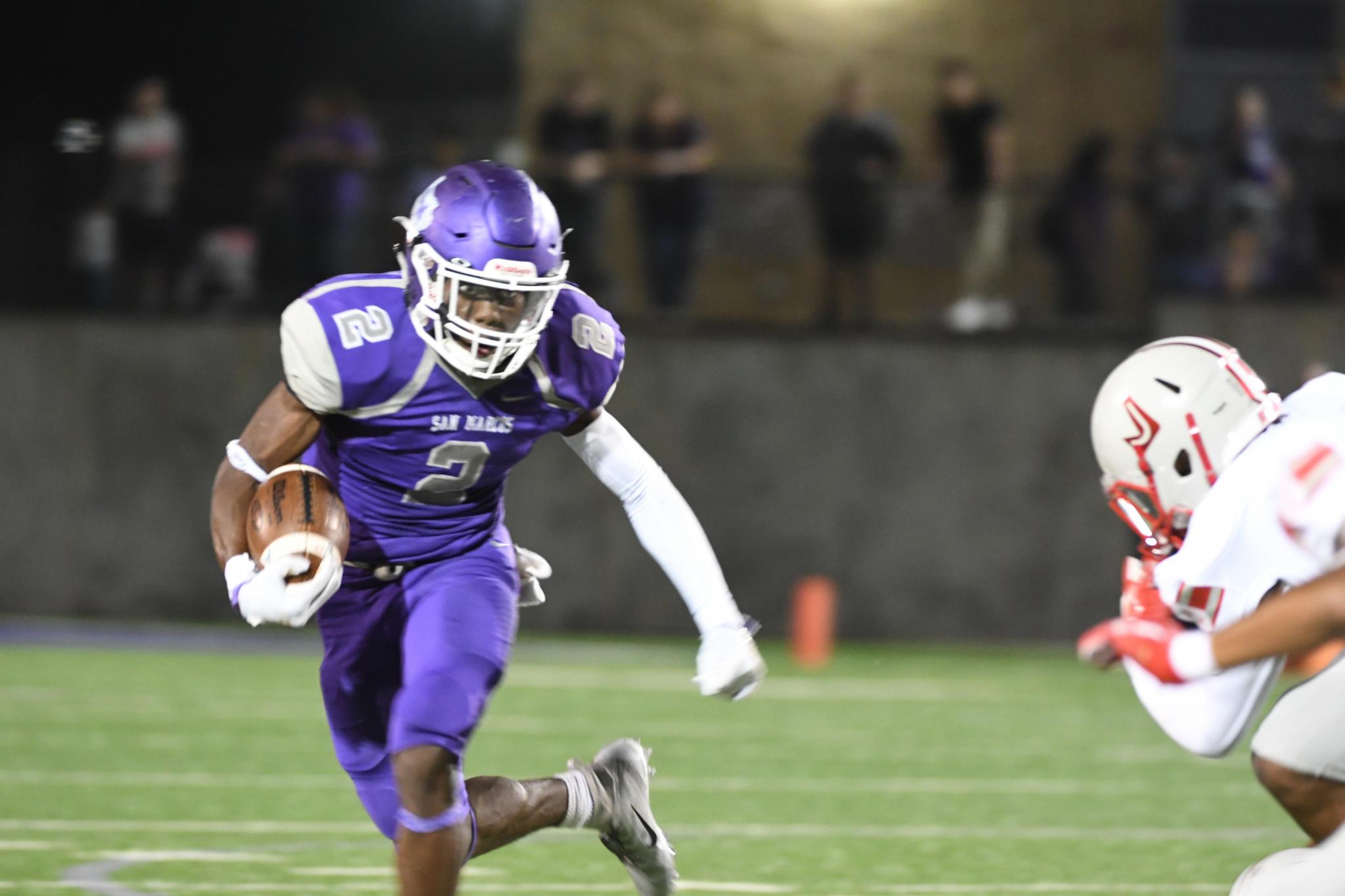 Rattlers return to Lehnhoff Stadium for bout with Schertz Clemens

Despite falling to Cibolo Steele at Lehnhoff Stadium, 45-10, he felt that his team played the game much closer than the scoreboard made it appear. For instance, if you removed the final four minutes from the second quarter, the Rattlers would have only been down 17-10 at halftime instead of 31-10.

“I thought we stepped up to the challenge in the last game really well,” Soto said. “You go against Judson and Steele, you’re going against the best in Texas. And our kids didn’t back down one time for it.”

The effort the San Marcos displayed against the Knights has the head coach encouraged about this week’s matchup against Schertz Clemens. The Buffaloes share a few similarities with Steele, which the head coach thinks his team can capitalize on.

“They kind of run the same stuff offensively and defensively. They’re definitely in the same district, you can tell,” Soto said. “So, hopefully they’ll look familiar to us and make us a little bit faster on offense and defense and we can do some things.”

Clemens isn’t an exact replica. They do some things differently and aren’t necessarily as aggressive in their play calling as the Knights.

For example, Soto doesn’t expect the Buffaloes to run a hook and ladder play to end a half, such as Steele did last week.

“I think there’s not as much tricky stuff in their offense and their defense,” Soto said. “It’s more straight up, you know, ‘We’re just going to be really good at what we do,’ kind of attitude, versus, ‘let’s try to trick you.’”

San Marcos (1-5, 0-3) heads back to Lehnhoff Stadium on Friday to take on Schertz Clemens (4-2, 2-1) at 7:30 p.m. The Rattlers understand the pressure they face to win this game, and Soto believes his team is up to the task.

“We’re just try to find some way (to win),” Soto said. “I think our kids are in a good spot and in a good place because they understand that the next four are money games and you’ve got to have them. If you don’t get them, you know, you’re dream’s over. So I think that adds to the focus.”

Where: Lehnhoff Stadium in Schertz