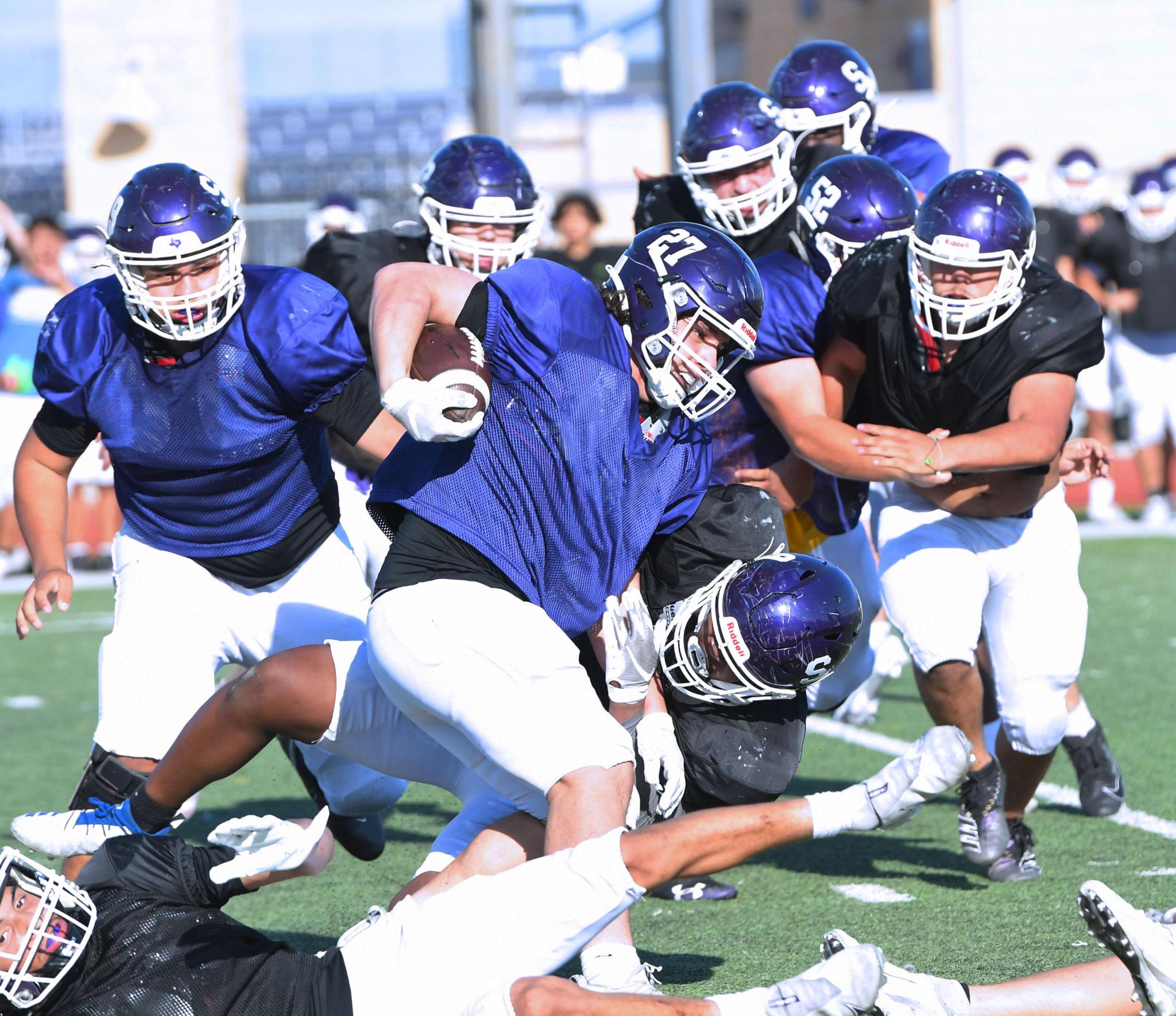 Week two is about performance and health for the Rattlers.

San Marcos has an abundance of juniors returning for their final season but they have to find glue guys to add in with their three-year veterans on the team.

Seniors Jamil and Malik Gordon, Kanui Guidry, Jacob Pinkston, Elijah Pierson, Nicholas Jones  and Alex Robinson all played contributing key roles in the Rattlers’ successful season in 2021. San Marcos gave a lot of its returning skill players a little bit of a break in week two to keep them fresh and find replacements. That all started in the offseason and it’s translating to the field. Junior defensive end Jake Darling said all the hard work in the offseason comes down to players’ skill sets.

“As a player, we can do all the lifting, we can do all that running and agility drills and go on the track and do all that stuff but really what it comes down to is who can play ball,” Darling said. “This is kind of the period to see who’s going to fill in for the gaps the seniors left.”

The team says power cleans are one of the prominent lifts it has focused on in the weight room. Now with the return of pads, players get to display what they’ve gained over the last year on the field.

Darling, one of the key returners to the team, has increased his weight by 25 pounds. Coaches saw the development in their on-field production last season as they got better in almost every statistical category from the year before. Putting on the pads gives the coaching staff a chance to see the reality they are faced with heading into the 2022 season.

“The best part about spring is honestly just putting the pads back on,” strength and conditioning coach Carl Thompson said. “It’s not fun to take a whole year off football, so just getting the guys back in pads, getting used to running around, hitting again — because we had a great offseason, but part of the offseason is getting in the pads and seeing what did we really do in the offseason.”

While talent plays most of the role of who will be on the field on Friday nights, understanding head coach John Walsh’s scheme is imperative if the Rattlers want to continue their success. With seniors Jamil and Malik Gordon leaving, the team has to fill in gaps at corner and safety and it has been evident in the pass coverage for the team. That’s been the focus this week.

“We’re using this week because we made a lot of mistakes last week on the pass coverage,” Darling said. “We’re just really trying to clean up our little mistakes, trying to work on our alignment, our stance, and making sure we’re keeping our keys.”

San Marcos continues the spring camp through the spring game scheduled for May 19.