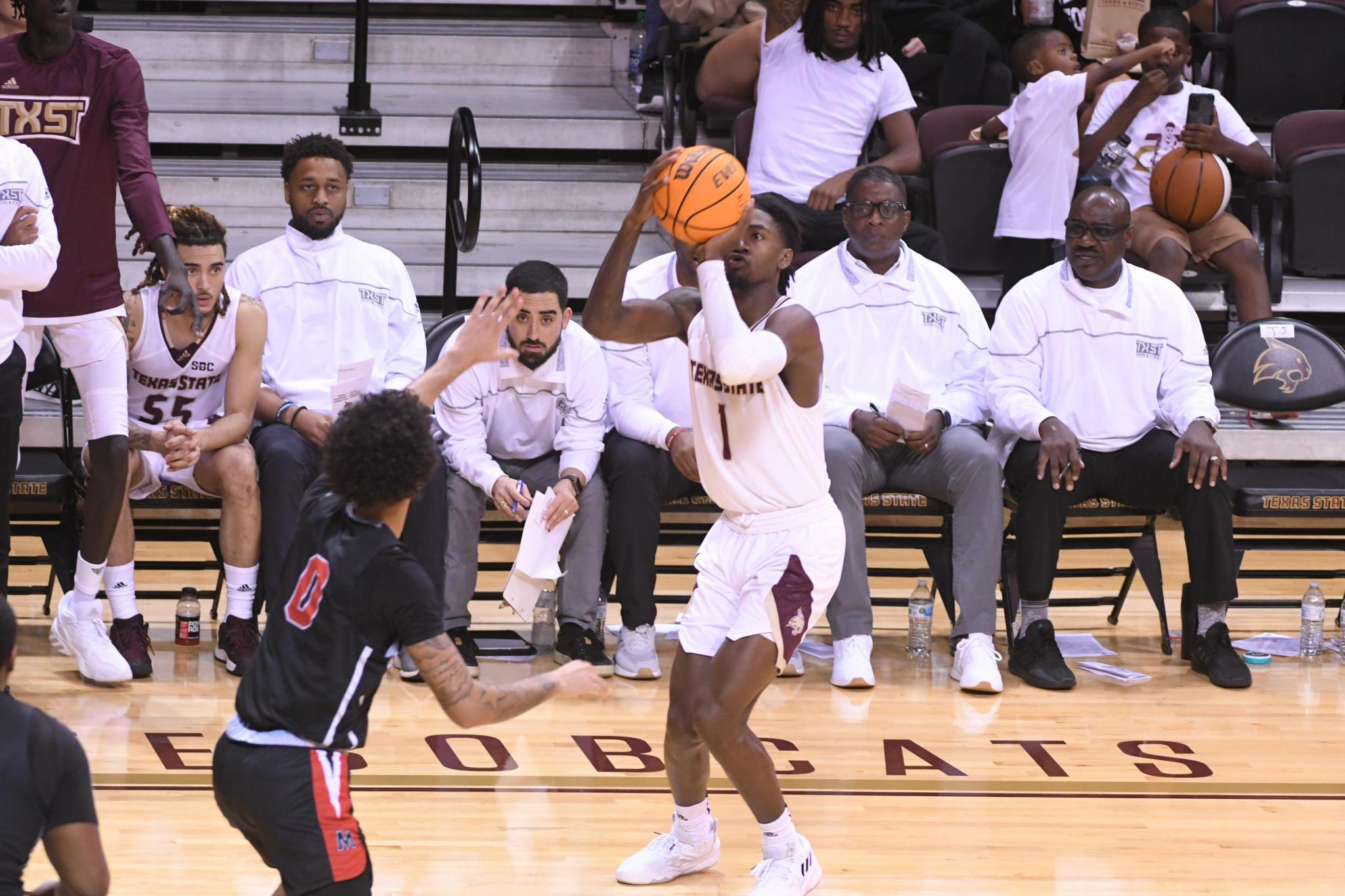 Texas State fell to its rival UTSA on Thursday, 61-52, inside the Convocation Center in San Antonio. The contest between the Bobcats and Roadrunners marked 62nd time the two rivals met on the basketball court. Above, senior forward Tyrel Morgan, who scored a team-high 20 points against UTSA, puts up a shot against Mid-America Christian on Nov. 10. Daily Record photo by Gerald Castillo

RIVALRY RENEWED: Texas State falls to UTSA on the road, 61-52

The 62nd meeting between Texas State and UTSA ended in a Bobcat loss.

As head basketball coach Terrence Johnson explained, the Bobcats shooting was off point. The Bobcats converted just .344% of their field goals along with shooting .259% beyond the 3-point line.

“It was a tough game for us, especially shooting from the perimeter,” Johnson said. “I thought they did a really good job of mixing up the defense and playing zone as much as they did, but we have to do a better job of executing our game plans throughout.”

Texas State’s slow start allowed the Roadrunners to take a 7-0 lead to start the first half. But the Bobcats clawed their way back to cut it down to 12-10.

The Bobcats tied the game up at 20-20 with five minutes remaining in the first half before taking the lead at 24-23.

The Roadrunners, however, finished the first half on a 8-3 run to head into halftime up 31-27.

Texas State tied the game up at 31-31 early in the second half before UTSA raced out to the lead again 37-34.

The Bobcats again tied things up with a Drue Drinnon free throw at 39-39 before another free throw by Drinnon put Texas State back up, 40-39.

Both Texas State and UTSA went back and forth trading the lead with one another before the Bobcats took the lead when  senior guard Mason Harrell knocked down a 3-pointer to go up 54-53 with 3:48 left in the game.

The lead didn’t last long, though, as the Roadrunners finished the game on a 8-2 run to claim the 61-52 win.

Johnson gave kudos to UTSA for coming up with a plan to slow down Texas State’s offense.

“Thought we got caught up a little bit in their pace and allowed them to dictate a little bit too much of the action,” Johnson said. “Credit has to go to the home team. They did a good job of executing their game plan, and we have to regroup and get ready for a West Coast swing.”

Texas State goes back on the road once again as it make its second trip out to the West Coast for a Monday Night showdown with the California Golden Bears.