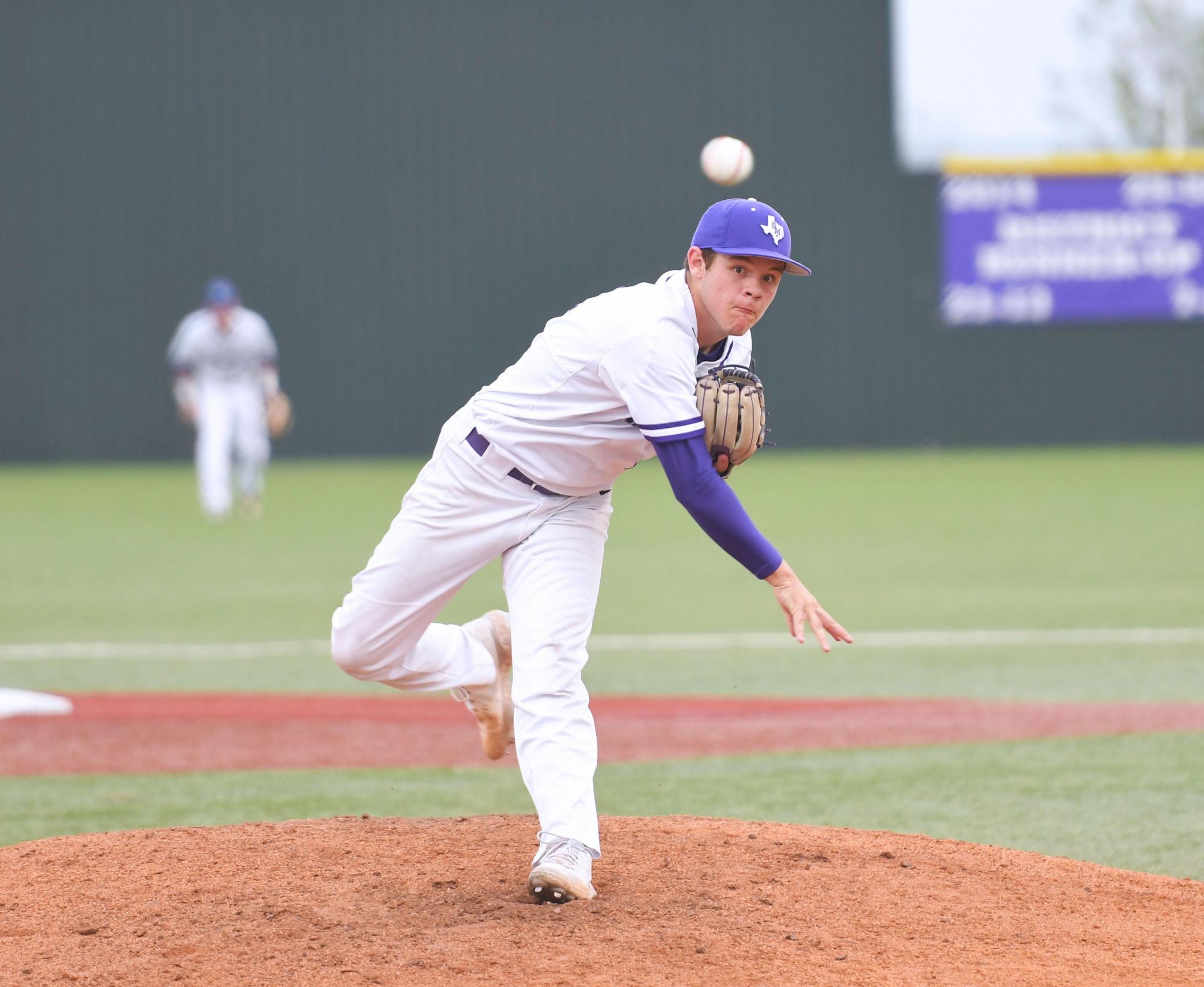 The losing streak has shaken the confidence of the team due to its lackluster performances at the plate over their last stretch of games. Although they’ve been able to contain the top teams in the district defensively, it’s been a struggle getting guys across home plate safely. In 17 of their 22 games, San Marcos has scored more than four runs in a game. The script has flipped in district play, as its yet to score more than four runs in any of its last five losses. Head coach Bryan Webb wants his team to believe they belong in this district rather than just being present at the games.

“We just gotta get confidence in ourselves, man. We’ve seen some dudes on the mound and we’ve struggled with good pitches and you’re gonna struggle. That kid had a heck of a game. He’s a good pitcher. He’s legit,” Webb said about Hays pitcher Tyler Cooper. “But you know, when you have opportunities against guys like that, you have to execute and we missed some things tonight. In order to better our chances out there, we have to take advantage against great pitching like that. So we’ve just got to figure it out. We’ve got to believe that what we’re doing is the right thing and the best thing for us and quit doing more than we’re capable of doing and just execute.”

The Rattler bats saw 13 strikeouts in the loss to Hays, all dealt by Cooper. Cooper had already found his groove by the second inning, striking out all three of San Marcos’ batters. On the other hand, San Marcos freshman right-handed pitcher Reagen Chomel contained the Rebels the whole night as well. The freshman dealt out 10 strikeouts on only three hits and didn’t surrender a run. Both pitchers struck out every batter in the opposing team’s lineup except for one.

The lone run was scored in the top of the seventh inning after Chomel was relieved by Johnny Pardo, who for the most part pitched well. But one miscalculated throw allowed Josh Zapata to hit the ball deep left field on a 2-2 count and bring in the game-winning run, giving Hays the 1-0 win over its rival.

“I told our pitching core to keep doing what you’re doing. Our defense is solid, our pitching is solid and, like I said, one of those times, we’re going to drop the ball in a gap and score a couple runs and this thing’s gonna turn around, ” Webb said. “Our pitching staff has been the strength all year, our defense has been a strength, our offense was a strength early and we’ve run into a buzzsaw the last three weeks and you know it’s a season — it’s a marathon, it’s not a sprint. And we came out sprinting and we’re about halfway through the marathon right now, so we’re gonna have to focus and gotta figure it out.”

The underlying message for the team is playing the reverse card on the first half of district play and it’s not out of the realm of possibility. That’s why Webb emphasized that he can turn things around, similar to his 2013 team. He recalled them starting the same exact way in district play and eventually shifted gears, winning its last seven games of the year and stealing second place.

San Marcos has a chance to get their first district win in game two of the series between the Rattlers and the Rebels. This time the purple and white visit Hays on Thursday at 7 p.m.

“With those types of pitchers there’s a reason they’re going where they’re going and you’ve got to change up your mentality at the plate. You gotta change up what you’re doing and try to stay in the middle of the field, stay in the gaps with it and not try to win it all at one time and we get caught up into that sometimes against these teams,” Webb said. “The way they pitch the ball, if your plate approach isn’t sound, they will make you look silly. So we’re gonna go there and compete. We’re gonna put it all on the table and see what happens.”