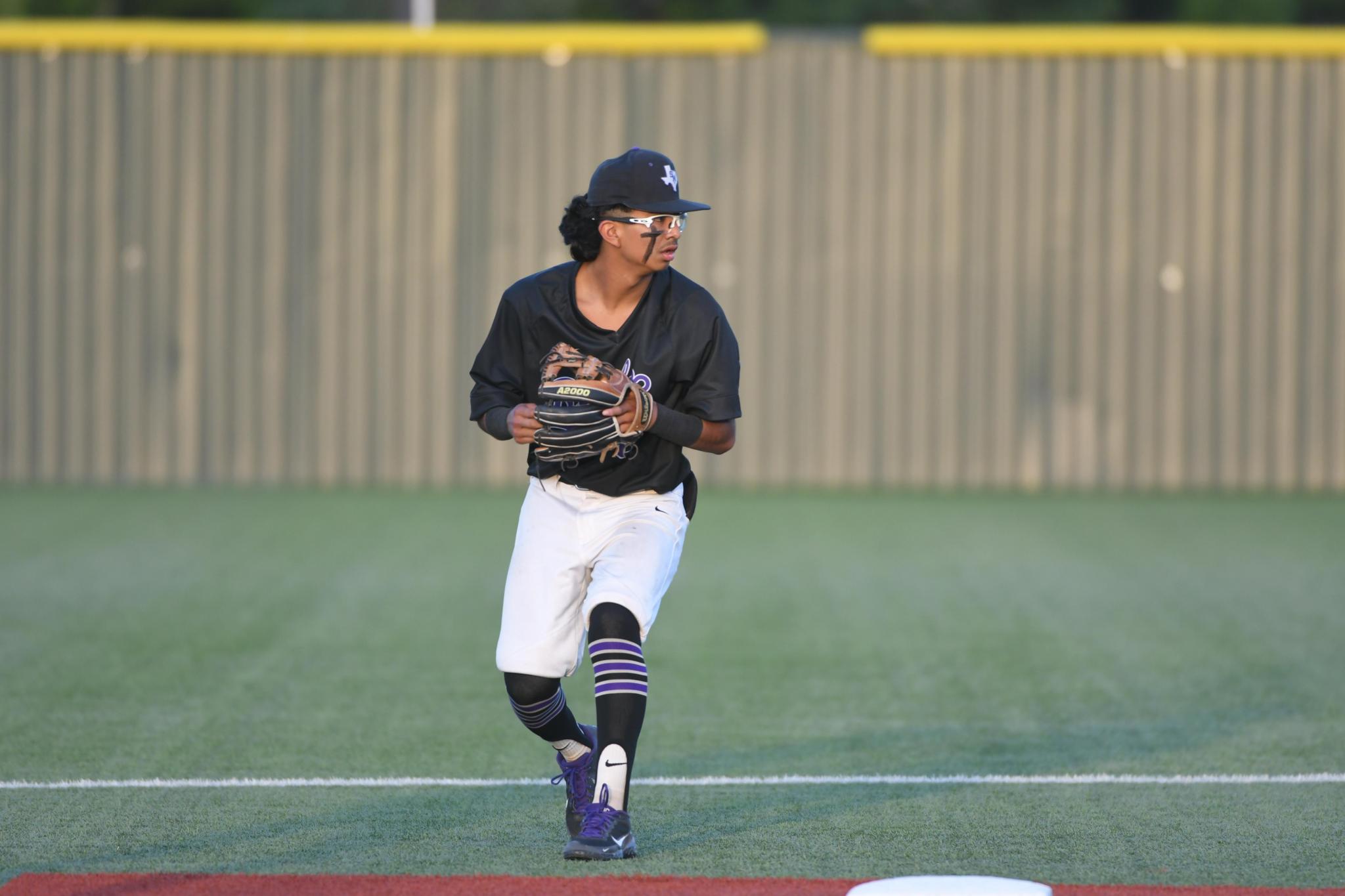 The Rattlers weren’t able to get in rhythm Friday night.

In their season and series finale with one of the best teams in UIL 6A baseball, San Marcos fell 10-0 by run-rule in five innings to Lake Travis. The purple and white had clinched a playoff spot prior to Friday’s matchup, with Austin Bowie beating and eliminating Austin High.

“(We’ve) got to handle adversity better,” head coach Bryan Webb said. “We had an unfortunate call at second base that didn't go our way, and it's like the whole momentum turned. (It) was like we lost all of our steam and all of our enthusiasm. And you know, it was just one play and at the time it was 1-0 and next thing you know, we've got a couple of walks (and) guys on and they're getting a double and you look up and it’s 6-0.”

“So, you know, we (have) to focus better. We were flat coming out (and) I don't know how prepared we were mentally to come out tonight. We played our guts out on Tuesday. You know, it seems like we're a little tired right now. We need to probably go take some ice baths and regroup.”

San Marcos (16-15-1, 8-6 District 26-6A) was playing a tightly contested 1-0 ball game — similar to Tuesday’s 2-0 loss to Lake Travis — until the third inning came around. The Rattlers started off the inning with a walk and then subsequently gave up a triple to score a run.

Lake Travis built off the momentum by hitting multiple balls to different sections of the outfield, propelling the visitors to a six-run inning and extending their lead to seven. San Marcos was forced to make three pitching changes in the half-inning and five throughout the game.

“Well, (we’ve) got to get better on the mound, (we’ve) got to make routine plays and we've got to hit with runners in scoring position,” Webb said. “And (we’ve) got to be able to bunt better and be able to move runners over and do what we need to do. And you know, we're gonna keep working on (what) we've been doing at practice and our district’s not an easy district to do all that stuff on, so I think our district has prepared us for what we're going to see. You never know, one play could turn everything around and you're hot and rolling and now all those balls are bouncing your way. So we're gonna be confident going in next week.”

The Rattlers will shift their focus to the playoffs, and specifically their matchup with District 25-6A champion Round Rock Westwood (21-6, 11-3). The Warriors are coming off their first district championship in over two decades.

“We've seen them a couple of times (and) they're scrappy,” Webb said. “They play hard, they play the game the right way (and) they’re coached well. You know, they're in a tough district over there and they had to beat some tough guys over there. So they've persevered the whole way and it looks like they know how to handle adversity. We're gonna have to play good baseball when we get over there next week and do what we do. We've been really inconsistent all year. We're gonna have to fix those inconsistencies, or we'll be done quickly. But you know, our guys are scrappy, too.

“They’ll learn and they bounce back real well and you know, Lake Travis is not a slouch team. They're a pretty good ballclub and there’s a reason they're 25-4. But you know, we expect better results than that right there. We picked a heck of a week, we're gonna regroup and you know, if we had to have a bad one, tonight was the night. So we're gonna go in and play our game. Our opponents, they are who they are. And you know, if they're better than us, let's make them better than us. Let's (not) give them anything and that's kind of how we're gonna prepare next week.”

San Marcos will play Round Rock Westwood in either a one-game playoff matchup or a series depending on the district champion's official decision which will be announced after district certification from the UIL. The Rattlers will look to wipe the slate clean and get back to basics heading into their first vs fourth place matchup.

“We go back to day one to practice fundamentals,” Webb said. “That's how you win a playoff series. You've got to be able to get the out when you can and turn the double play when you can. And you (have) to be able to strike when you get the opportunity. That philosophy has worked for a long time and we're gonna go to day one practice, you know, Jan. 29 or whatever it was. I'm gonna pull out that practice plan and we're gonna incorporate it Monday, Tuesday and Wednesday and we’ll go in there and play the best fundamental baseball we can and see how we fare.”