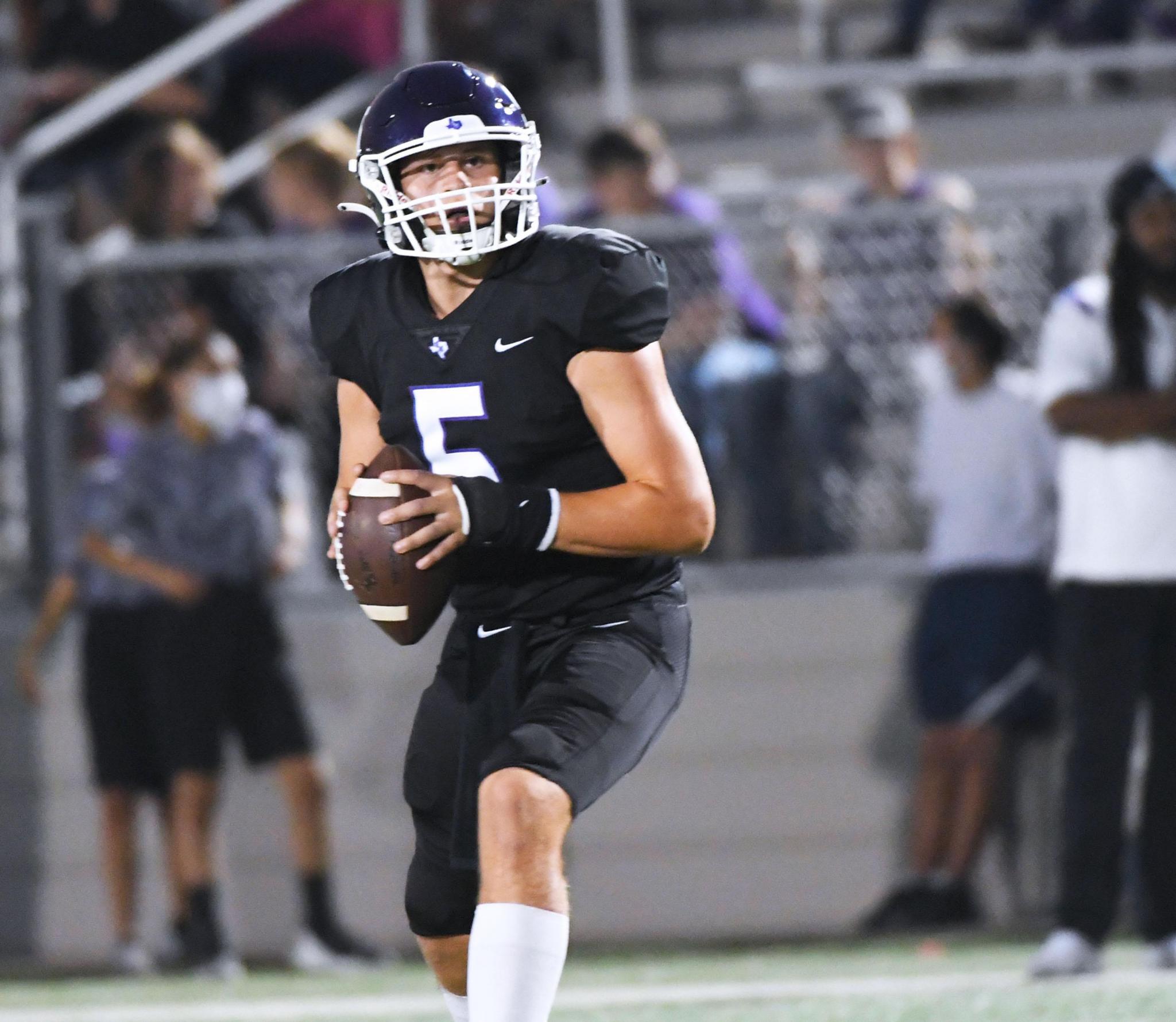 This rivalry isn’t just exhibited on the field but it boils onto the court as well. In what may have just been the turning point in San Marcos’ basketball team playoff hopes, a lot of the players from Hays were multi-sport athletes who were involved in the 35-7 loss delivered to the Rattlers by the hands of the Hawks in football. On Jan. 22, 2021 the Hawks defeated San Marcos in the Snake Pit 50-43 but it wasn’t the defeat that left the lasting impression, it was what came after.

As the Hawks exited stage right, you heard the echo of chants rain down in the hosts gym.

“Just like football,” Hays players and parents yelled with the standard claps in between. Head coach John Walsh remembers the moment.

(Apologies for the wind)

“I was at that game and I absolutely remember that,” Walsh said. “When I first got here, I didn't know much about the rivalry. I don't have the history down here but I'm already kind of starting to feel it. You can tell that at volleyball games, I was able to tell at those basketball games. I think it's (Hays’) homecoming, which is awesome. We get to go there, which is even better. So yeah, we're looking forward to it.”

Although it's definitely in the air when these two teams meet, Walsh doesn’t feel the rivalry has officially started until he can secure a win for San Marcos against Hays.

“For me it's not a rivalry until you beat somebody,'' Walsh said. “I didn't beat them last year, so I'm hoping we can take care of business and then I can feel some more of that rivalry.”

In order to beat Hays, it is imperative that San Marcos contain the Slot-T and a very run-heavy offense. The Hawks outnumber their pass-to-run attempts 119-16 with only three different receivers recording a reception this season. Defensive line coach Carl Thomson said the team that can control the pace will eventually win the game.

“We’re game planning to play really fast. We know their offense wants to come out and make you really uncomfortable,” Thompson said. “They want to get you out of balance and get you where you're standing up coming off the ball and just not ready to go. So we're practicing fast, and trying to get them in long-yardage situations. We want to get them into 2nd or 3rd and 10, (where) they can't run that Slot-T and they can't pull all those blockers. If we can get them in long-yardage situations, that's where we are gonna win the ballgame.”

However, if San Marcos isn’t able to stop the run, its offense should be able to keep them in the game. Hays is giving up an abysmal 49.6 points per game — up from the 34.8 points per game last season. With the return of senior wide receiver Jamil Gordon and the emergence of sophomore Tony Diaz, the offense should open up for junior quarterback Isaiah DeLeon and his running backs to pick up chunks of yardage on the ground.

With most of its offense healthy and a winnable game in their minds, the pressure ultimately falls on the players out there, DeLeon in particular. It doesn't phase him heading into the biggest game of the season thus far.

“I'm not necessarily feeling too much pressure, it's just, I know what I have to do and I think I can get it done”, DeLeon said. “Just knowing what I can go out and do and perform for my team.”

A chance to reverse the “just like football” chants. A chance to spoil their rivals homecoming. A chance to pick up the first district win of the year. A chance to ignite the playoff push. It’s all on the table.

San Marcos and Hays take the field for bragging rights inside Bob Shelton Stadium at 7:30 p.m. on Friday.