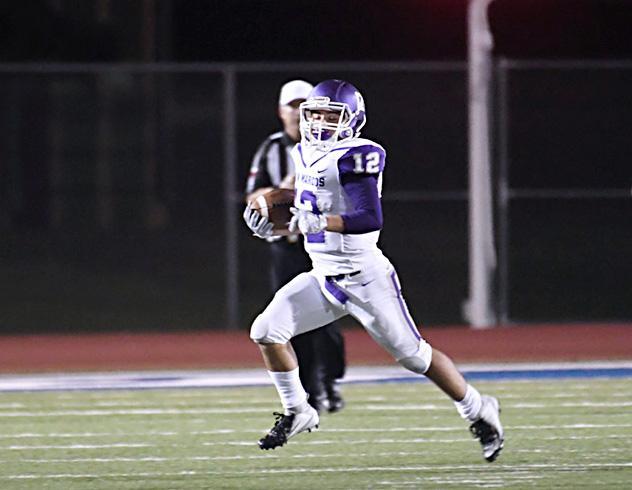 San Marcos returns to action on the road against Cibolo Steele

As practice ended on Wednesday, defensive coordinator Gilbert Rodriguez reminded the team about the five Cs.

Chemistry, communication, connect, commitment and care. Five words to ascribe to as the team returns to action this week against Cibolo Steele.

Chemistry might be the most important for San Marcos. The Rattlers want to be better. Bonding together as a more cohesive unit will help. The remaining four C’s are what will get them there.

“Being able to connect with each other, just trying to connect with other people on the team, not just your position guys, you know. Everybody, all the way around,” offensive coordinator Victor Sierra said. “And then, of course the commitment, you’re committed to this sport. You know, if you’re making a commitment then go all out, go all in. And then, of course, care. Care for each other, care for the team and the guy next to you. And again, that’s where you’re going to build your team chemistry.”

The team hopes the added chemistry will lead to more explosive play on the field.

“The focus for offense has just been all-out effort,” senior wide receiver Nate Martinez said. “Because on offense, we get tired and then don’t go full speed. So, that’s just what we’re trying to work on.”

Martinez listed San Marcos’ win over Laredo United as an example of the team giving all-out effort. In that game, the Rattlers completed a 28-point comeback to earn a 50-49 victory over the Longhorns.

But the team is currently focused on the Knights, who, like San Marcos are coming in fresh off a bye week.

“They’re a good football team, as usual,” Sierra said. “They’re big up front, defensively. There’s some things we think we can attack in the run game and the pass game. We’ve got to execute.”

What will it take for the Rattlers to earn a victory?

“We just take (the games) one at a time,” Sierra said. “The motto is ‘Be 1-0 at the end of the week.’ Come 10:30 (p.m.), you want to be 1-0. Obviously, that’s through the preparation, which we’ve had a good week of preparation and a lot of the five Cs we’ve talked about have been showing up throughout the team ... And it’s taking us to that next step.”

Where: Lehnhoff Stadium in Cibolo