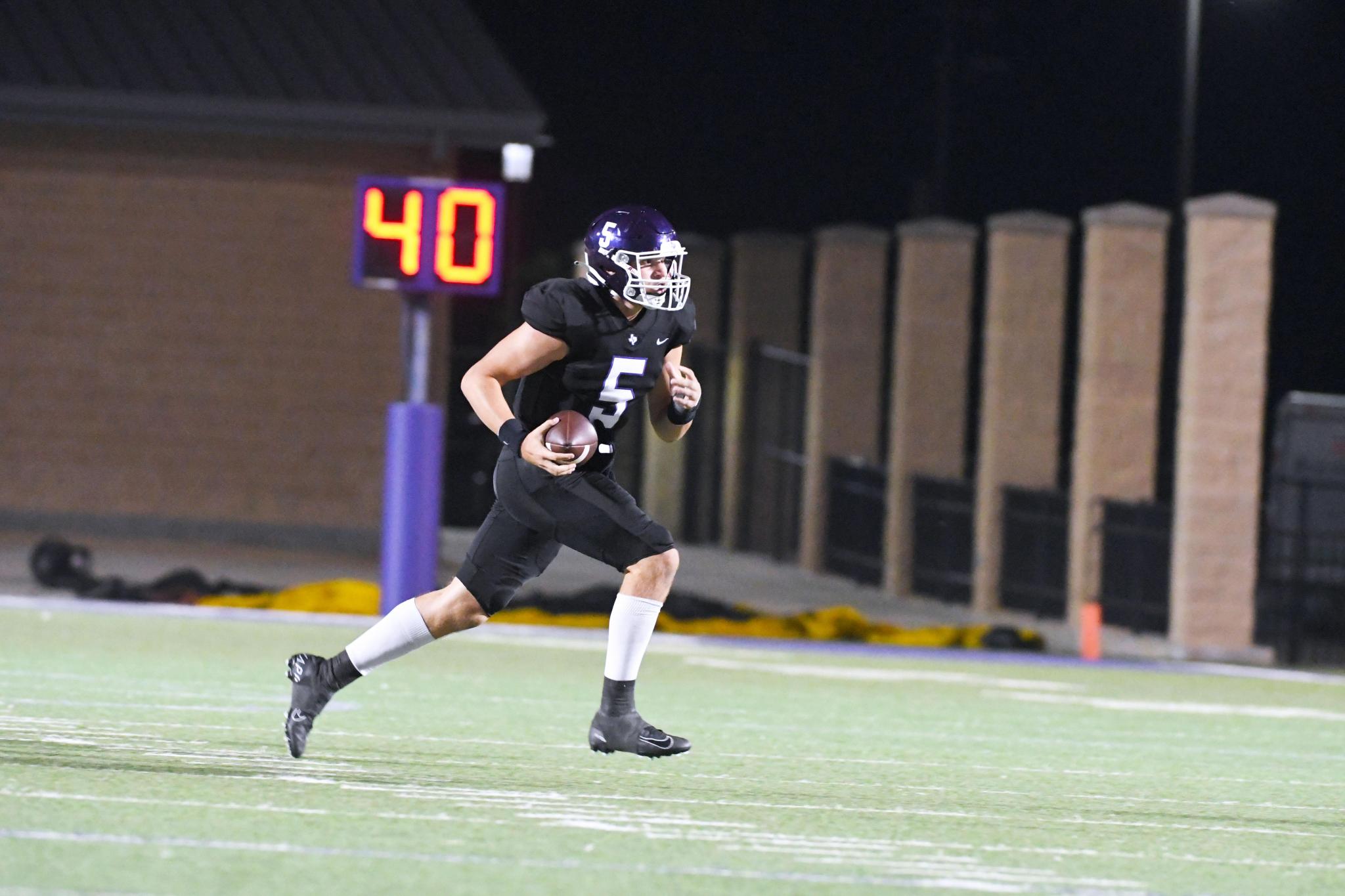 San Marcos shut out at No. 1 Austin Westlake

Westlake is a perennial powerhouse in Texas and they proved it for all 48 minutes of Friday night's District 26-6A matchup against the Rattlers putting up 35 points in the first quarter of a 56-0 win over its district opponent — a replica of last year's results.

In the opening drive of the game it only took senior quarterback and Clemson commit Cade Klubnik five plays to get into the end zone, his first of four first half touchdowns, as he scanned the field for a couple of seconds before shifting his eyes 40 yards down the field where he found a gap and scored with ease down the middle of the Rattler defense making it 7-0. It was the only drive the Chaparrals started in their own territory the entire duration of the first half.

“With teams like Westlake, there's zero measuring stick for them. They're just out of our league and that's just honesty,” Walsh said. “That's why I told the group I'm glad this three weeks is over. And we got this five weeks to try to run the table and get into the playoffs.”

One of the main focal points for head coach John Walsh and San Marcos is making the other teams work for their scores but the plan backfired just two plays into the Rattlers’ opening drive before the Chaparrals forced a fumble recovered by senior defensive back Carter Barksdale. It only took Westlake 49 seconds to find the end zone in between scores.

After the first possession, the Chaparrals started every drive in Rattler territory. And against the No. 1 team in the state, that tends to lead to easy touchdowns — as it did Friday. Westlake went on to score five more times, taking a 49-0 lead heading into halftime. San Marcos only picked up 35 total yards in the half, but it didn't affect the team’s morale.

“No, it doesn't affect our confidence,'' Walsh said firmly. “We've been straight-up with these cats, and we knew that they were just stacked and things were not in our favor and we just tried to work on ourselves. We didn't do some of the things that we would like to have done to improve ourselves as far as execution. I didn't talk it down, but I was real with them. So these two weeks didn't change our confidence. They know that we're going for a five game series right here.”

Following halftime, Westlake put out its second stringers to close it out. The Chaparrals scored on the opening drive of the second half but didn't score again for the greater part of the game as both teams ran the clock by use of the ground game. Westlake continued to stifle the visitors' offense.

In the Rattlers’ words of its head coach, the real season starts next week against San Marcos’ school rival Buda Hays.

“I'm really starting to feel the rivalry now. Last year they said it was a rivalry and I didn't know anything about it but I'm starting to get it a little bit. So yeah I'm really looking forward to this,” Walsh said. “Honestly I've been working on Hays for two weeks and then we worked on them through the open week and then I focused on Westlake. We're excited to get the good. We gotta get that one at their place to get that ball rolling like we've been talking about.”