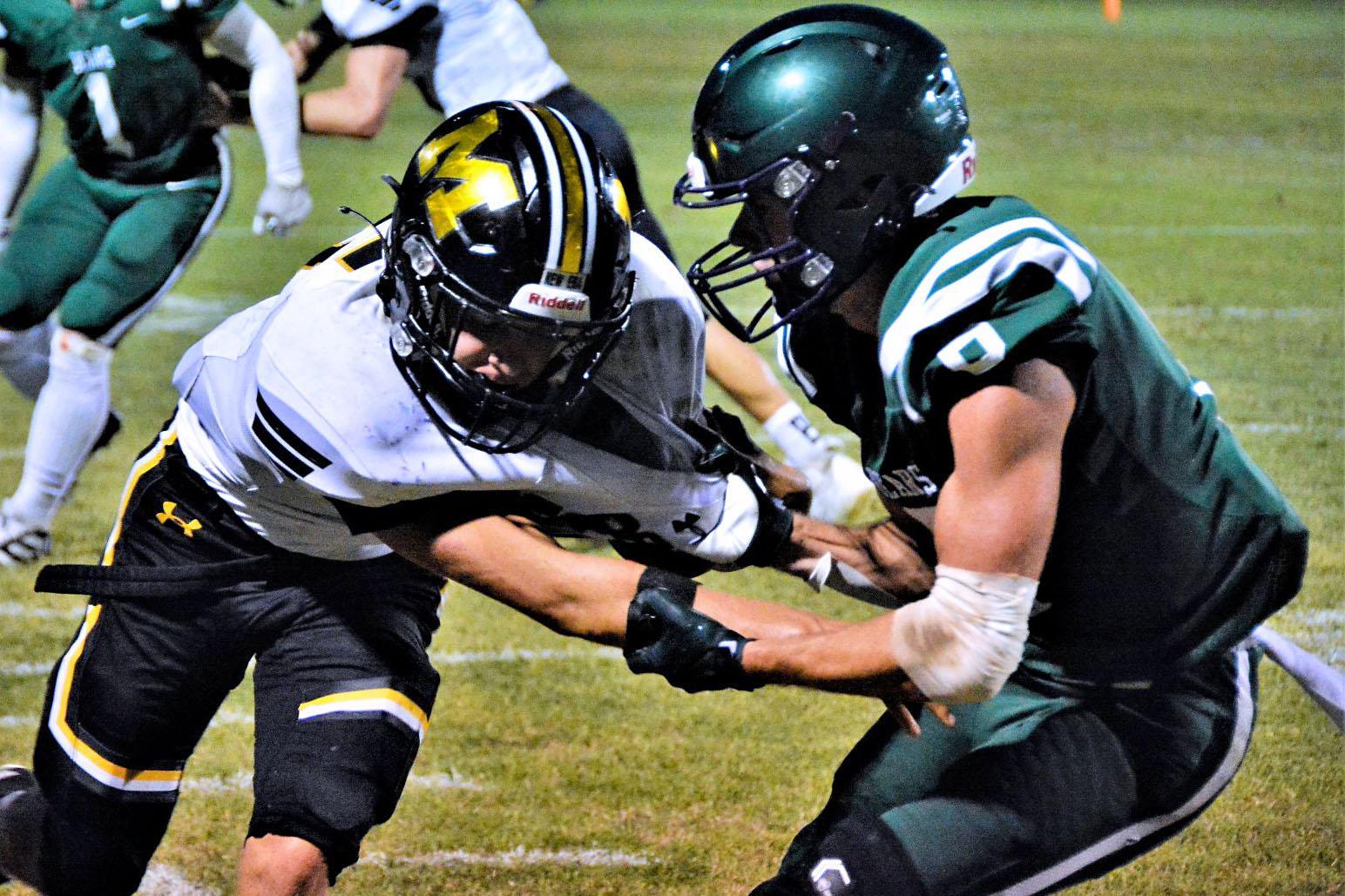 The Bears lost to the Jaguars in last year’s state championship game, making the dominant comeback win even sweeter. SMA at one point trailed Emery-Weiner (1-3) 24-6 in the first half, but were able to cut the lead to 24-12 before halftime off the back of a drive down the field ending with a two-yard touchdown pass from junior quarterback CJ Crauthers to senior TJ Murphy.

The Bears continued their momentum surge in the second half cutting the Jags’ lead to 30-28 heading into the fourth quarter. That’s when SMA really took control of the game. The Bears ended the night with an explosive 30-2 fourth quarter. The highlight play of the quarter was senior skill player Preston Ramos catching a tipped pass with one hand to complete an interception, and then taking it to the house for a pick-six. The Bears continued to pile on for the rest of the game.

“I was really proud of the seniors. We came out pretty flat in the first half, we were really struggling offensively. (Senior) Cole Krackau put us on the board, taking a short pass from CJ Crauthers with really almost no space to work with and somehow juked his way into space for a crazy touchdown,” Athletic Director Toby Wade said via email. “Defensively, we tackled much better than we did last week against Menard and were way more physical than we have been. We still gave up some big plays due to mental lapses. In the second half we looked like a different team, and in the 4th quarter (we) found a gear that I don’t think we have seen all year.

“​​This was one we wanted badly. I am incredibly proud of our seniors — who really carried things until we settled into a groove. Emery is a school with a great tradition, this was a big win for our program.”

Crauthers threw for 216 yards and four touchdowns during the game, while junior Jack Tinsley and sophomore Maynard Sowell were the other half of his touchdown passes. Junior Parrish Facciponte led the way on defense with 13 tackles, and Krackau and Murphy followed behind him with 10 and 11 tackles respectively.

SMA (3-1) will return home to face off with Calvert (0-4) on Sept. 30 after their bye week. The Bears have two matchups left in 2022 before beginning district play.