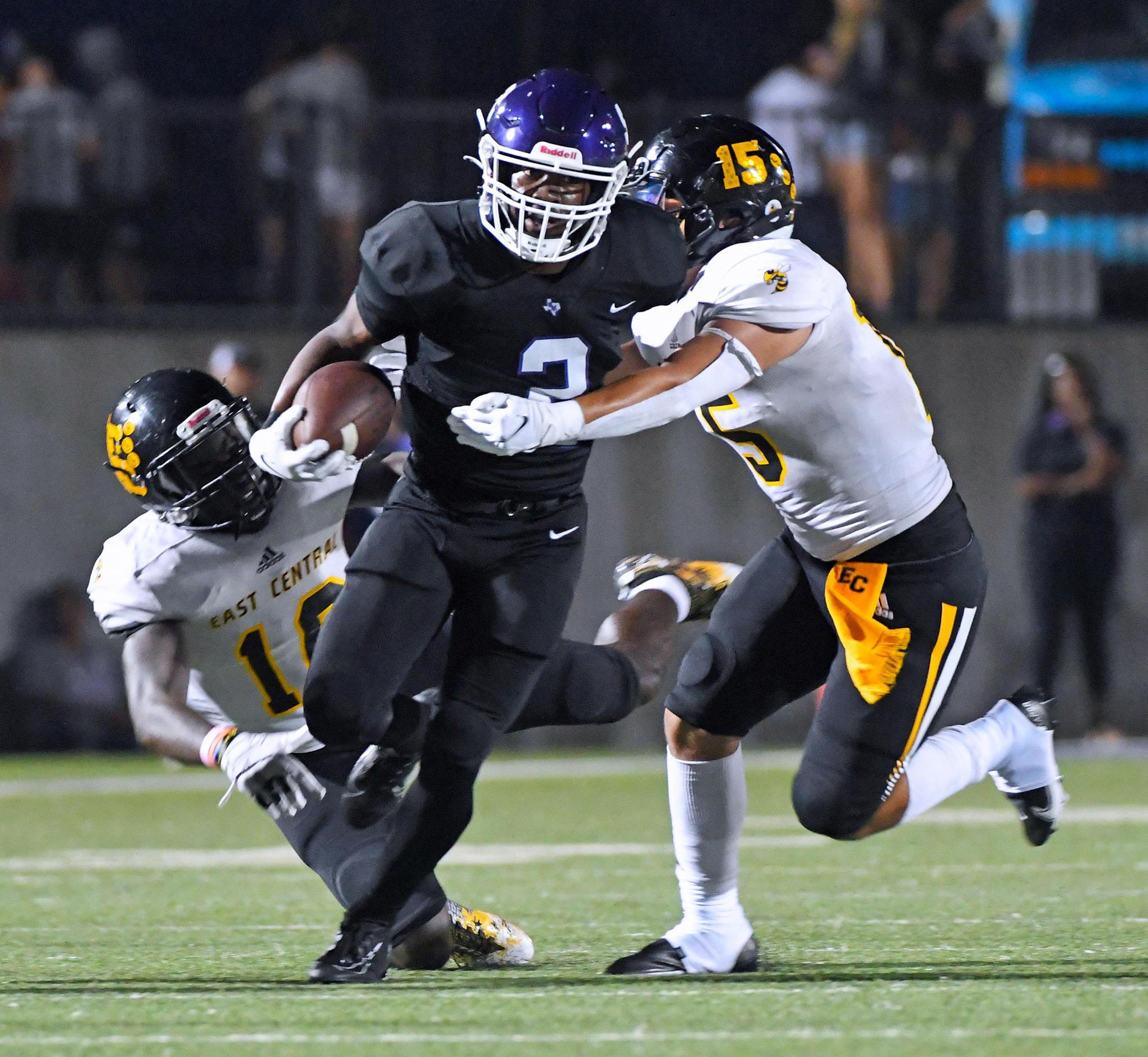 San Marcos will travel to San Antonio in their final week of the season to take on East Central.

The Rattlers came out on top of last year’s contest 28-16, pulling away from the Hornets in the second half to secure the purple and white’s first win in 2021. Senior running back Jaidyn Brown had his first explosion of the season against East Central, rushing for 173 yards on 17 carries with three touchdowns.

Joe Hubbard’s Hornets are coming off a 7-5 overall record and a 4-3 record in district play during 2021. East Central also won its first playoff game since 2012, and earned its first berth since 2015. East Central will have to overcome graduating 16 senior starters though — they return only three starters on offense and defense respectively.

The Hornets will have to replace their entire offensive line on top of the quarterback position. They’ll rely heavily on junior receiver Austin Vivier and senior receiver Sam Padgitt, who combined for nine touchdowns last season. They also return senior running back Kenyon McClure, who brings back 560 rushing yards and three touchdowns from 2021. The three starters had a solid amount of production in 2021, and it’s who East Central will build their offense around in 2022.

While it will mainly be a brand new defense for the Hornets heading into 2022, East Central does return some key pieces from 2021. Defensive lineman Michael Pinones and Ray Espinoza return 70 tackles, nine tackles for loss and eight sacks. In the secondary East Central returns senior Elijah Simmons, who totaled 40 tackles and three interceptions last season. Some other names to watch defensively are linebacker Myron Robinson and junior defensive back Kaleb Ramos.

The Rattlers and Hornets will meet in both teams’ final matchup of the 2022 regular season. San Marcos and East Central will kick off on Nov. 4 inside Hornet Stadium at 7:30 p.m.