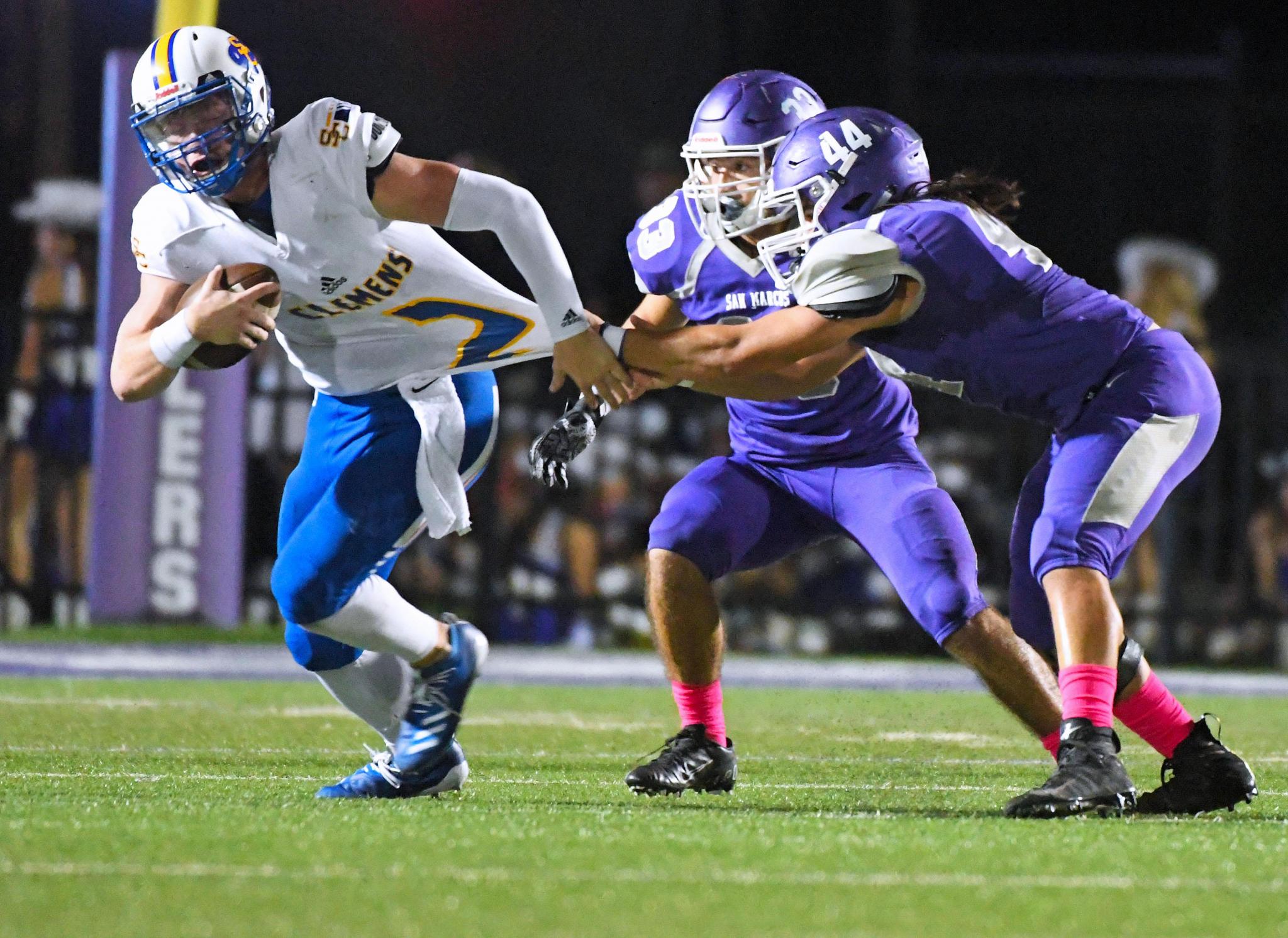 SMHS Countdown to Kickoff: Rattlers go up against Clemens

The Rattlers are set to make their debut in District 27-6A against Schertz Clemens. The purple and white previously shared a district in 2018 and ‘19 — the Buffaloes won the first meeting 49-28 and the second 58-24.

Clemens has been on a bit of a downslope the past two years, missing out on a playoff appearance in both seasons. Last year, the Buffaloes went 2-8 overall and 2-5 in district play, the team’s worst record since Jared Johnston’s first year as head coach in 2012. This year’s squad returns 30 lettermen, including six starters on each side of the ball.

The defense will be well-stocked with contributors. All-district linebacker Evan Tapp has led the team in tackles in each of the past two seasons, posting 94 last year. Fellow all-district linebacker/defensive end Travion Smith added another 82 tackles and five sacks in 2021. Clemens should be good in the secondary, too — junior defensive back Paul Mencke Jr. holds offers from Arizona State, Washington State, Kansas and UTSA and senior DB Jameer Dudley holds offers from Navy and Abilene Christian.

The offense will rely on less-experienced players. Junior quarterback Nathan Alvarez will lead the team behind center, and be joined in the backfield by sophomore running back Joshua Jackson. Senior wide receivers Dontavious Jefferson and Matt Howard will catch passes from Alvarez. Senior offensive linemen Devin Gonzalez and Gavin Patino will play important roles up front.

Dave Campbell’s Texas Football magazine predicts the Buffaloes to finish in sixth place in the district, behind San Marcos in fifth and missing the playoffs. The Rattlers host Clemens inside San Marcos Toyota Rattler Stadium on Oct. 7 at 7:30 p.m.