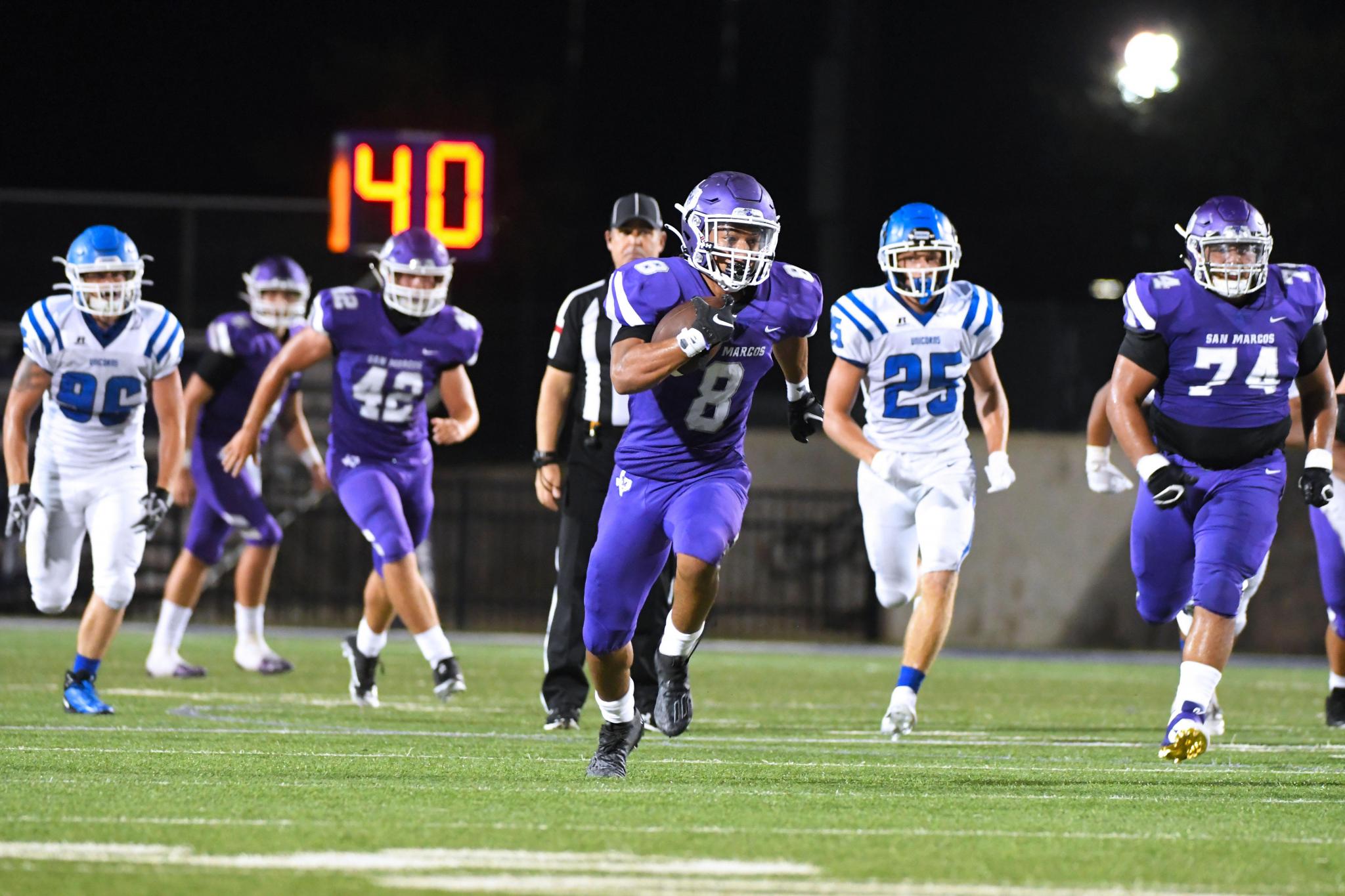 San Marcos will look to avenge two-straight season-opening losses to New Braunfels in its final home game of the regular season.

The Rattlers began each of head coach John Walsh’s first two years at the helm facing off with the Unicorns, falling 35-31 in 2020 and 49-30 in 2021. Senior quarterback Isaiah DeLeon’s first career two-minute drill was just yards away from being extended on an out-route during his first game on varsity — something that will certainly motivate DeLeon heading into this year’s matchup.

Glenn Mangold’s Unicorns are coming off their first area playoff appearance since 2009 against 6A D-II state champion Austin Westlake. New Braunfels posted a 9-3 overall record in 2021 and finished 5-2 in District 27-6A. The Unicorns bring back 27 lettermen, equating to six starters returning on both sides of the ball.

New Braunfels returns two of its top weapons on offense in senior receiver and Incarnate Word commit Landon Marsh, as well as junior receiver Lance Beeghley. The tandem combined for 81 catches, 1,307 yards and 24 out of the team’s 28 touchdowns through the air last season. But, San Antonio Express-News all-area quarterback selection Aiden Baumann has headed off to UT-San Antonio to play baseball — leaving the Unicorns with a quarterback battle between junior Leighton Adams and sophomore Clayton Namken. Whoever is under center expects solid protection from the offensive line. New Braunfels returns four out of five starters on the interior who combined for 103 pancake blocks throughout 2021.

On defense, the line of scrimmage led by senior Layton Ladd and junior Brody Maresh will be the Unicorns’ main strength. The trench duo combined for 132 tackles over the course of last season. Dave Campbell’s Texas Football (DCTF) magazine also lists senior defensive back D’Andre Davis, junior defensive back Derek Rizk and senior linebackers Kaden Baerwald and Joshua Vreeland as prospects for the Unicorns.

DCTF projects New Braunfels to return to the playoffs in 2022, finishing third in District 27-6A behind Cibolo Steele and Converse Judson. The purple and white will face off with the Unicorns at Toyota Rattler Stadium in San Marcos on Oct. 28 at 7:30 p.m.